A throwaway joke in the 2009 film Star Trek may be one of the most sublime questions ever posed in science fiction. Exiled to a remote Starfleet outpost, Scotty meets a version of Spock who has travelled decades back in time. On realising that his visitor is from the future, he asks: “Do they still have sandwiches there?”

What this illustrates so elegantly is the divide between what human life is like now and how we imagine the future to be. For much of the world, sandwiches are the base unit of lunch, so why would there come a time when people didn’t enjoy them? It’s reasonable to assume that technological advances will render parts of our daily lives unrecognisable, but we won’t suddenly stop being us.

Along with the sandwiches, the other item that tends to go missing in these future visions is a sense of humour. At a certain point, it appears that our species becomes awfully po-faced. The consistent repudiation of this notion by Iain Banks is ones of the things that makes his Culture novels so engaging. The books, written pseudonymously under the name Iain M. Banks, depict an anarchist utopian civilisation called the Culture – a post-human society in which its thirty trillion citizens are free to pursue their enlightened, hedonistic lives however they wish. As the post-scarcity Culture is wholly stable, the stories usually involve characters meeting other groups that don’t share the same outlook, leading to dazzling, thrilling, heady sci-fi. The real draw, however, is Banks’s dry Scottish wit: it’s difficult to resist a world in which spaceships have names like Passing By And Thought I’d Drop In, Frank Exchange of Views and I Blame Your Mother.

For years I mostly stuck to the author’s M-less efforts, but I needn’t have been afraid. I became a convert after gulping down The Player of Games, which focuses on the Culture’s finest game player as he attempts to topple a brutal empire built around a complicated board game where one’s societal rank is determined by proficiency. Like the rest of Banks’s work, The Player of Games bristles with daring invention, but what I appreciated most was the idea that even a thousand years from now, as part of a pan-humanoid civilisation capable of changing genetic make-up on a whim, we would still enjoy board games and give ships names like Of Course I Still Love You. 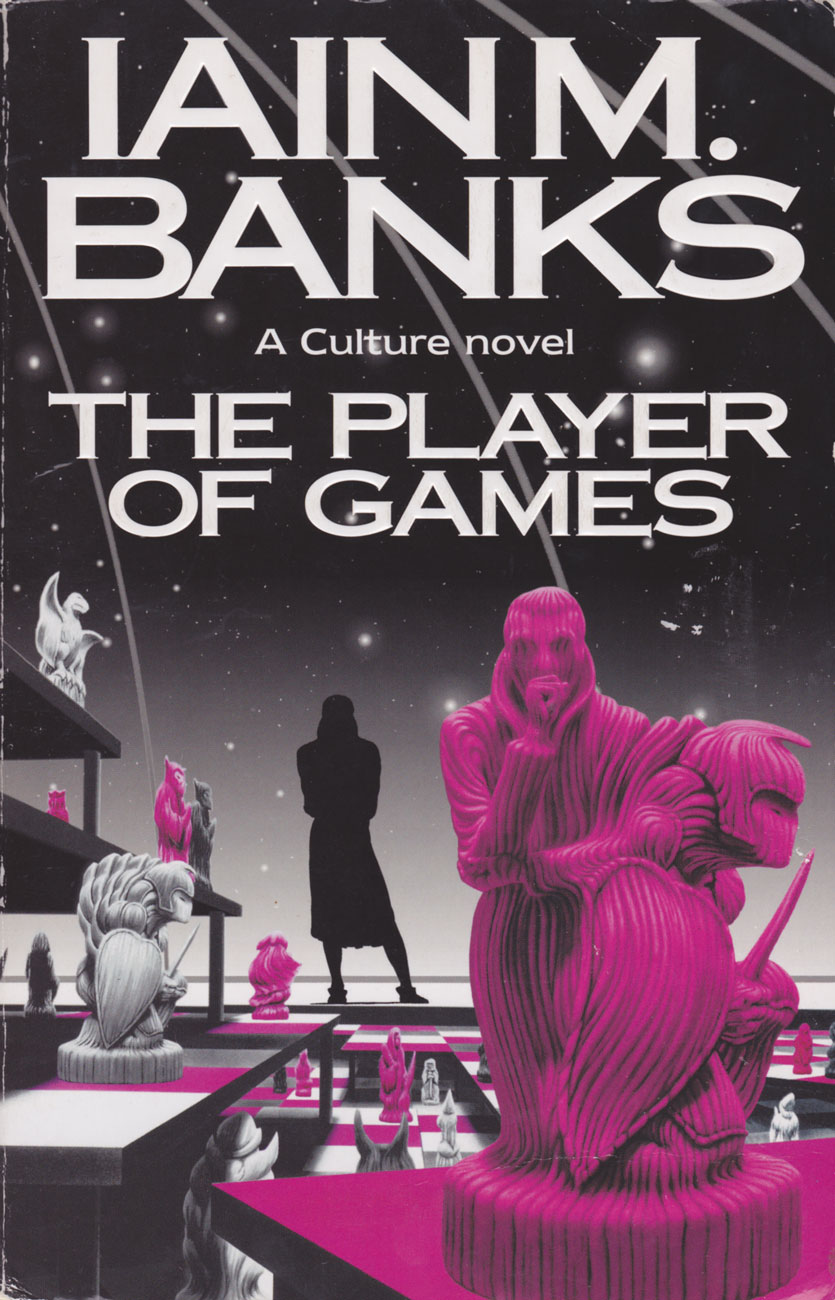