I knew she was dead. It’s the first line of the book. The ninth, tenth and eleventh words. I’ve seen the stone slab in Edinburgh, run my fingers over its dates. We were born in different centuries. We’ve never even been alive at the same time. How, then, to explain my disappointment as I failed to run into Nan Shepherd in the Cairngorms?

Nan would appreciate the discombobulation, I suspect. Even upon its release, her non-fiction work The Living Mountain had stepped out of time. Written during World War II, Nan kept the manuscript in a drawer for three decades before publishing it. “Now, an old woman, I begin tidying out my possessions and reading it again” she wrote in 1977, “I realise that the tale of my traffic with a mountain is as valid today as it was then.”

This sentiment remains true. Although Nan was an influential early modernist writer and mountain poet, not to mention a lecturer of English for 41 years, it is The Living Mountain that I return to again and again. A lyrical meditation on hill walking in the Cairngorms, the book documents the full breadth of life on the mountain range: its plateaus and recesses, its water and snow, the light, the air, the plants and animals. It is dizzying, one of the most vivid books I have read about a physical landscape. The pages seem to thrum as you hold them.

Whether emotional or geographical, the greatest power of the written word is its capacity to make the reader experience a place where they have not stepped. When I was finally able to visit the Cairngorms properly on a long, lonesome cycle trip, it felt as if I had already been there. It was just as she had described it. This should have been unsurprising: as she observed when the book made its first leap in time, thirty years in the life of a mountain is nothing. The only thing missing was Nan herself, but that isn’t quite right. As I explored the hills that had once brought her such joy, all those years ago – “How crisp, how bright a world!” – I often thought of a passage where she describes the pleasure of walking in the winter snow, and seeing the tracks of different birds and animals that had gone before her: “One is companioned, though not in time.” 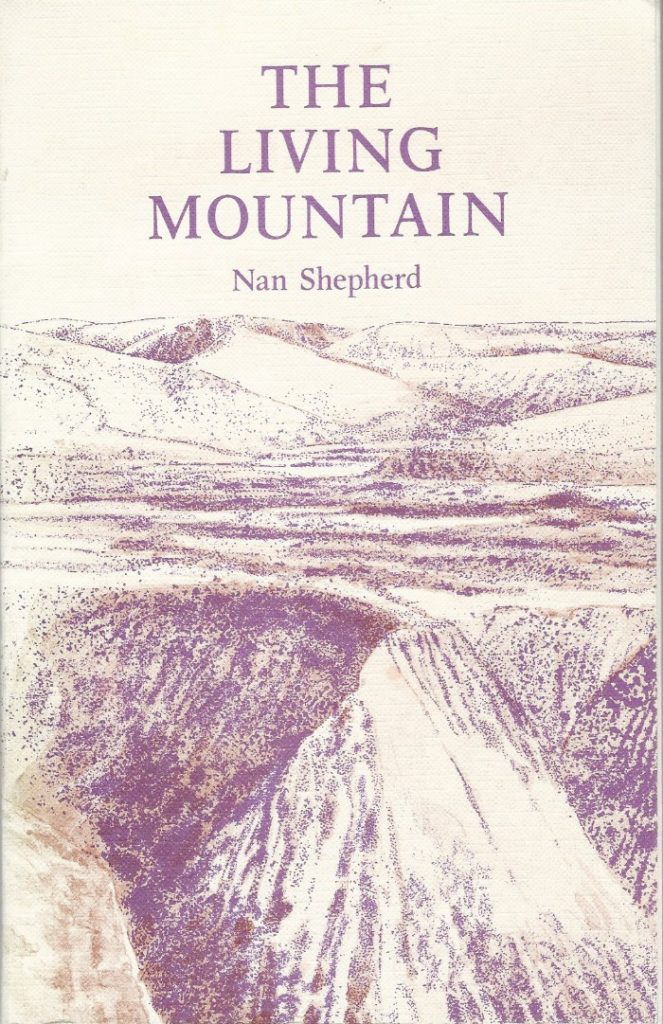