I built a monster, and I can’t tell you why. Now it is eating me whole. I don’t know when, or even how it started. It’s like when you hear a noise and you realise it has been there for some time already without your brain registering the fact. I must have created it, this buzzing fridge in the background of my life, because it’s sitting in my draft folder right now, but I can’t remember any of the thought processes that led me here. I called it THE DOOMED MEN OF EDINBURGH, and I don’t understand the reasons for that either.

When the letters on my keyboard finally fade, Ctrl, C and V will be the first to go. My habit, unslakeable and undimming, is this: whenever I read something I like or find particularly interesting, I put it into this draft e-mail. It could be anything: an inspired word pairing in a novel, a paragraph from an online article, a line of dialogue, a comment on a Facebook invitation, some wisdom from a song lyric, a sentence I thought of on a bus, a pub name I misread, a made-up portmanteau I mumbled into a bath. In it all goes to a document that has no order, no way to distinguish where anything came from, no path to navigate through at all. It is like something a serial killer would create if he was fond of television criticism and the writing of Sarah Vowell. Currently the e-mail is 62,348 words long and getting larger every day; my abiding fear is that it’s going to turn out to be my life’s work.

I’ve been adding to this literary labyrinth in the same unthinking way that I brush my teeth, put the recycling out on Thursday nights and keep my cupboard stocked with excellent biscuits. The importance it has assumed is unconscious: it is a thing I do in order to exist in the world. It hasn’t been until recently that I’ve started to pull my behaviour apart. With any original intent long since forgotten, what am I getting from the endeavour? It’s a physical representation of what humans do – stuffing thoughts into their head, most doomed to entropy – but has no practical application. What is the value in obsessively saving sentiments that I probably won’t look at again? And why is it an e-mail, an article of communication, when its only true recipient is me? Maybe an explanation is buried deep within the text, if I could only somehow make my way in with a flashlight. 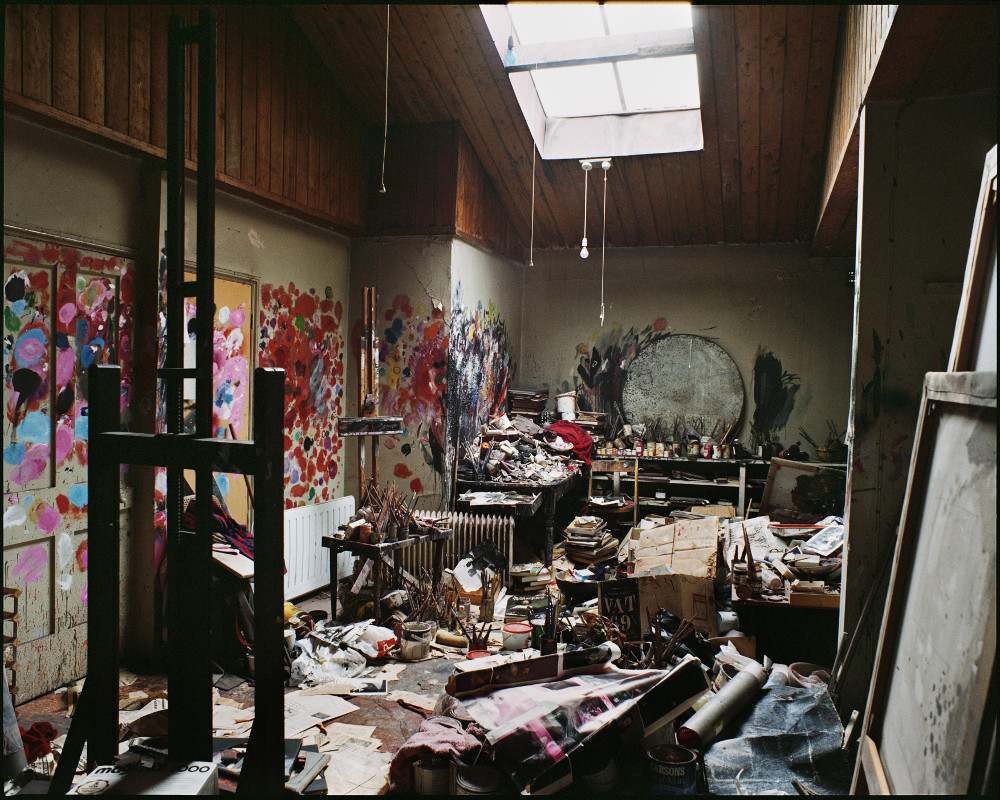 An overly generous comparison would perhaps be with the post-war painter/ ambulatory drinker Francis Bacon. His studio, posthumously shipped paintbrush by dried paintbrush to Dublin, was a living document of his artistic process, with molehills of ephemera and paint splattered up the doors and walls. As if ransacked by his own mind, the ground heaved with news clippings of boxing matches, empty champagne bottles, leaves torn from library books and medical textbooks, ripped up corduroy trousers, photographic stills of that nurse from Battleship Potemkin with her gaping mouth and her bloody, broken glasses. My own peculiar digital scrapbook, while not leading to the literary equivalent of haunted triptychs and screaming popes, works in the same manner: an unsifted depository of the things that fuel me creatively. Everyone has their own cluttered mess, most people’s just don’t happen to be literal.

One day I suspect that I might simply grow out of my incessant aggregating, much as a child will grow out of a toy that meant the world to them the day before, without warning or ceremony. When this happens, the e-mail will spend the rest of its days waiting patiently in my draft folder, all usefulness diffused, but that doesn’t negate the complicated, unquantifiable worth it has brought to my life as a writer and a reader. What matters isn’t what I ultimately do with it but the act of collecting in the first place. The e-mail I will never send, addressed to no one, exists to provide me with the opportunity to read something and think: “This is meaningful. This is worth saving from the oblivion of my own memory. So I am going to keep it. Yes.”