The end of the line. The final stop. This bus terminates here. There is a place where each of us is heading, a biological inevitability built into our cells. Just about the only sure thing concerning life is that it will end, and this makes cheating death the ultimate defiance of nature: to return from the grave is typically to become a messiah or the monster in a horror movie. Unless you happen to be a revenant, then, you need to get creative in order to escape your certain fate. While the 19th century fear of premature burial was disproportionately widespread, there were enough real incidents to unsettle. Contemporary newspapers reported that on a July afternoon in 1894, Undertaker Jones and his assistant James were taking a coffin to their hearse. Its occupant Eleanor Markham had died two days earlier, and yet James claimed to hear noises. “You shut your flannel mouth, will you?” Jones told his colleague. “She is alive,” James replied. “Don’t you hear her knocking?” “Let us carry her as far as the hearse anyway”, the undertaker instructed but the family, by now aware of the commotion, ordered the coffin open. The attending doctor told the not-dead Eleanor to calm down. “It is a mistake easily rectified.” Perhaps in an effort to avoid the limelight that comes from having the greatest name of any lizard, in 1876 the terror skink vanished. Native to a single islet in the Pacific, the reptile was considered extinct until its rediscovery in 1993. Accordingly it’s known as a Lazarus taxon, a species that disappears from the fossil record before reappearing again. In this the skink is not alone. Dozens of species have also faked their own deaths: the cahow was thought extinct for 330 years before 18 pairs were founding nesting on an uninhabited rock, while the Bermuda land snail disappeared sometime in the 1970s before a colony was found in an alleyway in 2014, presumably getting up to no good. European folklore is giddy with undead countesses surprising grave-robber sextons and dead peasants carrying their own coffins through the streets, but few tales conclude as deliciously as Saint Oran’s. Along with companion Saint Columba, the missionary tried to build a chapel on Iona’s ancient pagan burial site, but each attempt failed. A voice told Oran that a living man needed to be buried in the foundations, and so he agreed to be entombed. Days later, though, he stuck his head out of the ground, unhappily declaring “There is no such great wonder in death, nor is Hell or Heaven what it has been described.” Aghast, Columba reburied his companion, exclaiming in Gaelic, “Earth, earth on Oran’s eyes, lest he further blab”. “Maybe everything that dies someday comes back,” Bruce Springsteen once sang, but then he also said “Go-kart Mozart was checkin’ out the weather chart” so you can’t take him entirely at his word. It’s possible however that he was referring to the wood frog, which withstands extreme winter conditions to return from death. By using glucose and urea as cryoprotectants, the amphibian can survive for months at a time with two thirds of its body frozen. You can argue whether a frog who isn’t breathing, whose kidneys are no longer functioning and whose heart has stopped beating is actually dead or not, but you cannot deny that whoever came up with the term “frogsicle” deserves every zoology prize going. 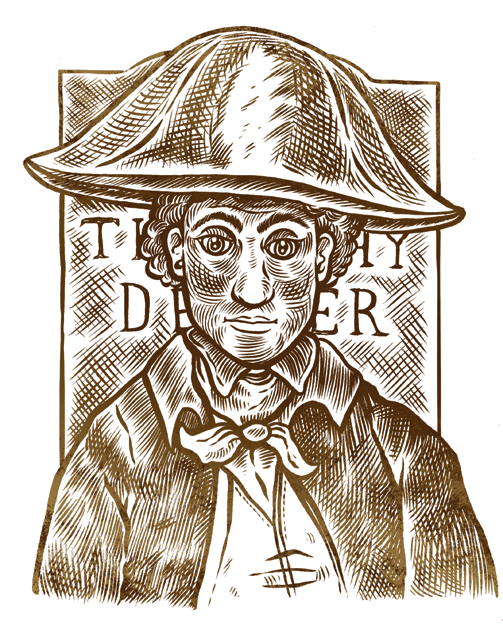 “I am the first in the East, the first in the West, and the greatest philosopher in the Western world”, read the inscription underneath Timothy Dexter’s statue. He was not a philosopher. The exceedingly eccentric Dexter, who stumbled into fortune after fortune, had commissioned 39 statues of great Americans on his estate and one of himself for good measure. His most infamous action – aside from his 1802 memoir A Pickle for the Knowing Ones (devoid of punctuation and entirely misspelled) – was faking his death to discover how his peers felt about him. 3,000 mourners attended the funeral as Dexter watched from below the floorboards, but he furiously dropped the ruse when his long-suffering wife appeared insufficiently upset. 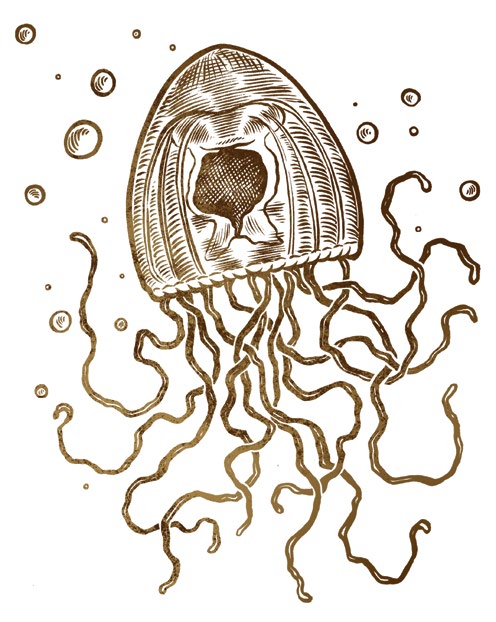 Just who exactly do jellyfish think they are? What gives them the nerve? Virtually all organisms on this planet are subject to senescence, the deterioration of function over time. If you don’t get killed by a predator, succumb to a disease or tumble drunkenly into a wheat thresher then your body eventually ages and expires. It’s difficult, but those are the rules. They are firm but fair. Several species of the turritopsis genus, on the other hand, have somehow gotten the idea into their jellied heads that it’s acceptable to revert to the polyp stage using transdifferentiation, replenishing their cells and rendering themselves biologically immortal. What do they do with all that extra time? Nothing. Jellyfish can’t even read, the idiots.