When they can’t think of anything else to say, adults tend to ask children what they’d like to do when they grow up. Children will then duly respond to this—perhaps the most important question of their lives—as if they’d been asked to name their favourite type of biscuit. Although valuable as a thought-encouraging exercise, you’d surely get as much prognostic accuracy by cross-examining a bit of wood.

Even discounting that children only know about fifteen occupations, in truth most careers are determined by chance as much as premeditation. After years of false starts and sidesteps, many discover that they’re not really following a career path at all; instead, the path becomes evident only when they look back at the way they came. Among this meandering congregation, which includes me and probably you too, is Rachel Parris. 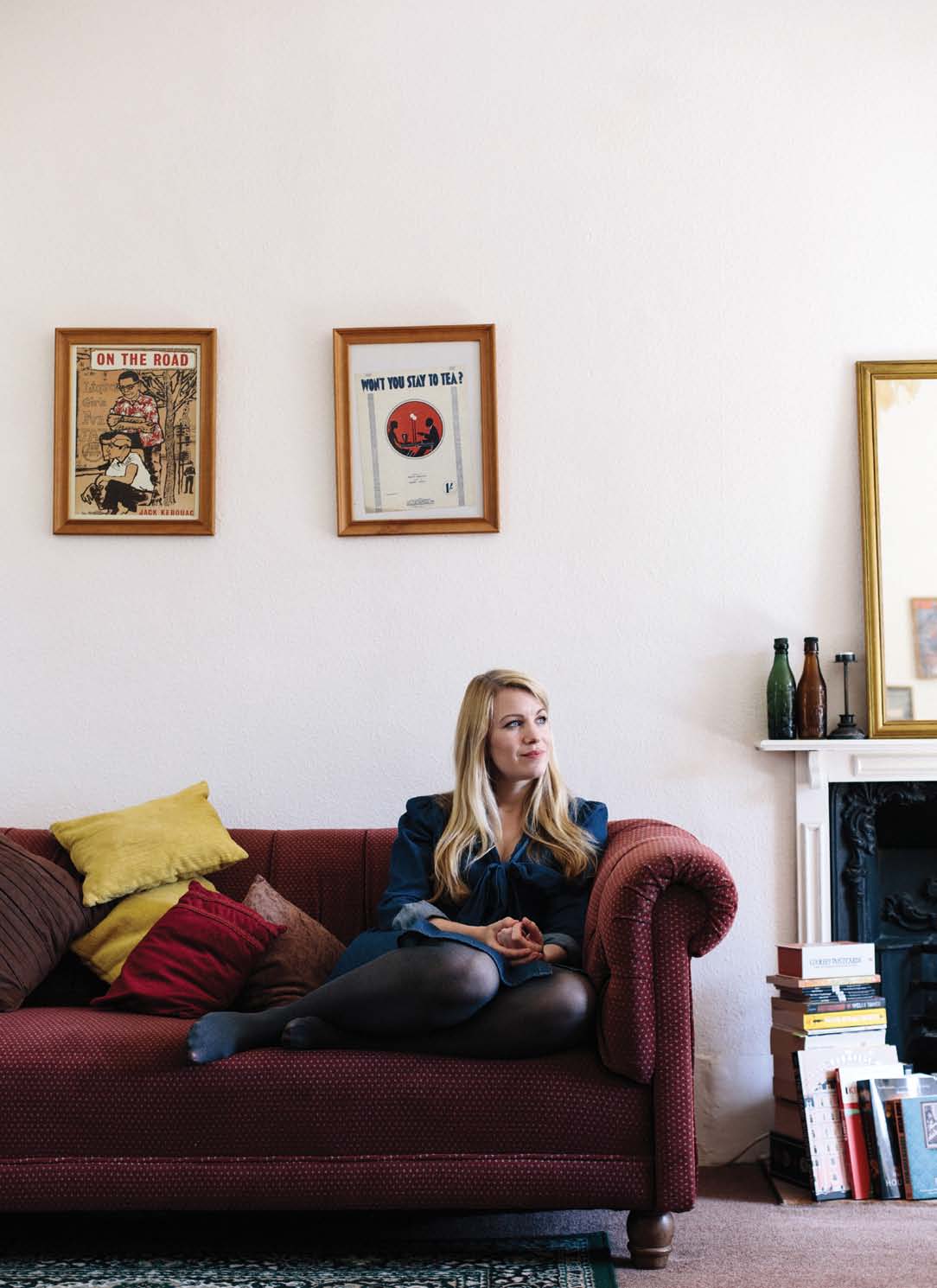 A comedian, actor, musician and improviser, Rachel’s work blends together so many different disciplines that the only way to properly describe what she does is to throw syllables together until you get some unwieldy portmanteau. “I wish there was a word that included everything I do but there isn’t,” she says. “I had the same problem when I wrote my Twitter profile. What do you put? I’m not famous enough for a cryptic comedy answer. I need people to be able to know who I am!”

This sort of confusion started early. After studying music at Oxford and taking a postgraduate course in acting, Rachel was unsure what exactly it was she wanted to pursue seriously. What do you do when you’re interested in several different fields at the same time, and you’re good at them too? She learned that playing piano at improvisational comedy gigs was more fun than attending insufferably sincere singer-songwriter nights, and that writing and performing funny songs was better still. “Comedy was the first thing that said yes to me,” she reflects. “It was the first thing that just worked straight away.”

In the years since, Rachel has built an unsurprisingly diverse career. In her solo work she performs sharp, perceptive comedy songs buoyed by her likeable stand-up. She’s also a member of several popular improv groups including Austentatious, the exceptional Regency-era troupe that improvises imaginary Jane Austen novels. This variety reflects her disparate talents but also her pragmatism and hard work. “For me the only way forward was to try new things. You add enough of them together and that makes a career,” she says.

“Comedians are fond of this idea of being pro. They ask, ‘Are you pro? Are you pro?’ which means, ‘Do you have a day job or are you full-time?’ as if it’s a really clear distinction. But sometimes you have to piece six different jobs together.”

Out of those many different jobs, the one on Rachel’s mind as she sits with me at her dining table is her solo musical comedy show. If there is an added pressure to this feat, it seems to come from her passion for the form rather than the absence of collaborators. “I want to write actual songs with interesting chord structures and melodies that will stick in your head,” she states. “It has to be a song for a reason. It can’t just be something you could say. Otherwise why not just say it?” In her effort to avoid being a modern Flanders and Swann (“I’m willing to get paralysed if I have to, though, don’t get me wrong”), she pushes herself to experiment with different musical forms: “As a pianist, piano-led ballads are a gift, but I once made myself write a sexy R&B number too. It was about ankles.”

Rachel is zealous on the subject of songwriting. “I love music and am a musician, and I realised that for a while I was ignoring that. I was doing funny little joke songs, with two chords,” she says. “That was fine and people would laugh, but now I don’t see why not try to make it a good song too. Having a less well-written song musically doesn’t makes the joke any funnier, it’s just that you can get away with it. And I don’t want to get away with it.”

Even when deployed ambitiously, craft can only take you so far. When you can make anything about anything, you usually end up not making very much at all. If Rachel has picked up any lessons from the unexpected cult success of Austentatious, she believes it’s that self-imposed restrictions can be creatively rewarding.

“I’m putting together my next show at the moment,” she explains. “It’s about entering your thirties. When I was little, if I’d drawn a picture about being this age there would have been a husband and a kid and a house and a car, so I’m writing songs about what it is to be this age and not have any of those things. It’s nice to have some parameters to be controlled by, otherwise you’re just sitting there, looking around the room for something funny. I quite enjoy the challenge of saying, ‘No, I’m writing a song from the point of view of my ovaries, and that’s what it’s going to be.’”