She called it the Whimsy Horn. If, at any point during Nadia Kamil’s debut stand-up show Wide Open Beavers! the proceedings were in danger of getting too political, the horn would go off and a jingle would announce that it was “whimsy time.” To redress the tonal balance, Nadia would then pretend to be a sexually adventurous unicorn, called Unicorn, from “the Meadow of Sparkles.” The joke, of course, was that Unicorn’s material was just as dialectical as everything else in the show, but she had put a shiny cone on her head, fashioned from an old gift bag. “You don’t undermine the seriousness of the stuff you’re discussing by being silly about it,” Nadia says. If she had a business card—comedians tend not to—then this sentiment would probably be printed on it.

Nadia’s impassioned embrace of both the political and the whimsical is evident throughout her comedy. Recently, she has been repurposing traditionally problematic art forms, writing and filming a rap song promoting smear tests, as well as performing a feminist burlesque—a sublime routine where she removes items of clothing to reveal statements like, “100% of rapes are caused by the rapist,” and, “Pubes are normal,” while staying fully dressed. The act culminates in the triumphant unveiling of her degree certificate, festooned with nipple tassels. 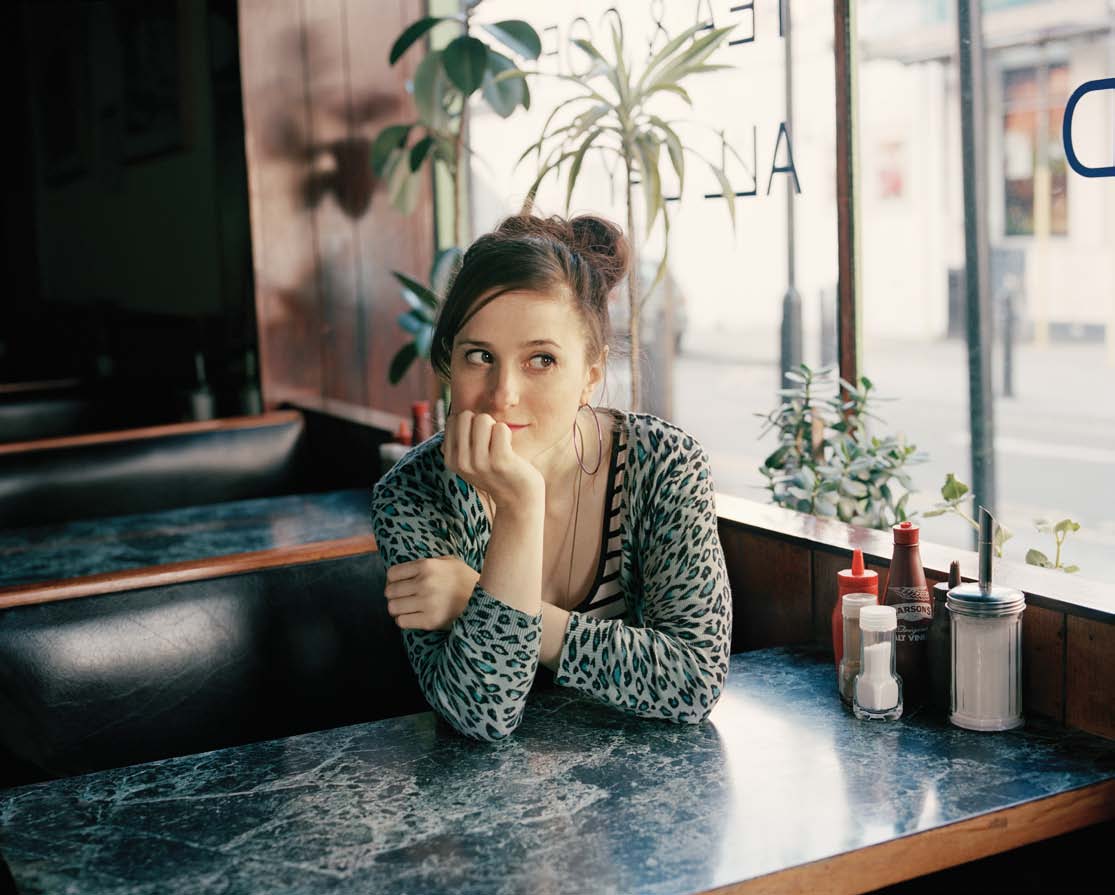 If Nadia’s work is serious and silly, fervent and fanciful, it’s because she’s all of these things herself. “Lots of comedians have a persona when they perform, but I guess mine is really me,” she says. “It’s not even especially exaggerated: it’s just me. It’s almost embarrassing. But I think if your comedy is about what matters to you then people feel more connected to the material.”

After years as part of absurdist double-act The Behemoth, as well as acting in sitcoms, writing for radio and working with sketch groups and esoteric comedy collectives, Wide Open Beavers! was Nadia’s first show as a solo performer. With its mix of traditional stand-up, dancing, songs and audience participation, the show reflects her magpie creativity: outside of comedy, Nadia is part of a four-person close-singing group, produces bespoke postcard short stories, and makes and sells her own jewellery, socks and other crafts (“I sell everything too cheaply, really, but it’s difficult to be a socialist and a businessperson.”). When we speak, she’s even mid-way through reading a hundred books to co-judge a Welsh literary prize.

Wide Open Beavers! was one of the most political shows performed at last year’s Edinburgh Festival, with an emphasis on structural inequality and feminist issues, and yet one of its most personal, too. “It wasn’t a conscious decision to make it about feminism, it was more that I wanted to talk about the things that occupy my mind, and what I deal with a lot of the time is misogyny. My response when I’m faced with adversity is: how can I make something funny about this?” Talking with someone whose interests are as diverse as Nadia’s means that conversation wends around everything from Japanese hosiery to grunting in tennis, but what she returns to again and again is the question of what comedy can do and mean.

“Context really matters,” she asserts. “When you go and see a famous, be-suited, rich, middle-class stand-up doing misogynistic jokes and bits about disabled people, the context is that it’s coming from privilege, from a rich, white man mocking those ‘beneath him’ for profit. It would be different if you saw the same material from somebody else, like Jerry Sadowitz. He’s playing an unlikeable character, so his horrible material makes sense in context because there’s nothing aspirational about him. Nobody goes, ‘Oh, I want to be that guy.’ You’re laughing at his character; he’s not laughing at you.”

The side-effect of presenting material that’s personally and ideologically expressive is an internal pressure to get it right. Given her on-stage confidence, it’s surprising to hear Nadia talk about trepidation. “Doing a show by myself for the first time was a really huge deal for me,” she confesses. “I used to have this big block in my head, saying, ‘Why are you doing this job?’” She came to realise that part of the problem was being a female comedian in a world where the idea of women in comedy is repeatedly challenged by hack journalists. “As a woman, I was always questioning my right to be doing comedy. I felt that if I wasn’t brilliant it was going to ruin it for other women, which is a ridiculous thing to put on yourself. It makes things so hard. I had to let go of that and just do what I wanted to do.”

Nadia fiercely defends the notion that comedy is more than just a vehicle for jokes. “Comedy can be so intricate and detailed and structured, and an audience that pays attention and listens makes that material exist. I hate the idea of stand-up as a background to a Friday night. You want to be a comedian who engages people, and similarly you want to have an audience who engages with you, who aren’t going to be there yelling, ‘Tell us a dick joke!’ I mean, not that I haven’t got plenty of dick jokes.”