Laura Veirs has butterfly wings and a guitar in her hands. Half-way through a song, she’s interrupted by an excited child, killing the sound with a careless knock of the amp. “Watch out,” she warns gently as a technician fixes the situation, “our equipment is made of lava.”

At her gig in the crowded basement of the Museum of Childhood, parents politely jostle to catch a glimpse of her, forgetting themselves and singing along madly. Their children are more concerned with the mass of bubbles unfurling above their heads, giddily raising their sticky hands trying to catch one. From the youngest baby to the oldest grandparent, everyone is happy, and everyone is wearing the most excellent jumpers. It is like heaven.

Laura Veirs is eight albums into a prolific career that began when she abandoned a life as a Mandarin-speaking geologist in favour of forming a punk band, which she then forsook for the literary, wistful folk for which she is now known. Her songs have a tendency to cuckoo their way into the listener’s brain: beautiful with hints of darkness. Unashamedly adult, her music is marked by its ornate lyricism. But even considering the left turns made earlier in her career, it is still a small surprise that one of the brightest, most grown-up of modern songwriters has released an album of folk songs for children, Tumble Bee. The idea came from the birth of her own child, Tennessee, and from the many sleepless nights that she shared with her husband and long-time producer, Tucker Martine. “We were so tired,” she says. “It was really exhausting. I wanted to do something creative that didn’t involve writing songs. I knew I didn’t have enough in my well to create a great album of new material.”

Instead, the pair combed through the history of folk music to find the right songs. “It was like a history project. We found some old folk songs that we hadn’t heard before.” Wary of the cloying nature of most children’s songs, they had strict criteria for what they wanted to include. “There’s a fine line. You can easily make something that’s dumbed down. We wanted something that would have heart, and hold the attention of the parents, and also be historical. We were going for things that were up-tempo and melodic and also lyrically appropriate enough for kids.”

Considering the love children have for repetition, Laura wanted to make an album that had enough depth to stand up to endless replaying. Some songs have more meaning than is immediately apparent. “We did one song called All the Pretty Little Horses and it’s a lullaby. From my research I saw that it was written by a slave woman who was singing it to her master’s children because she couldn’t take care of her own. It’s such a heartbreaking story and when you hear the lyrics and the melody in that context it puts it in a completely different light. But a child doesn’t know any better. They’re just hearing a song about horses with a beautiful melody that’s soothing.

“There are a few songs that aren’t quite meant for children, but those are the ones with the darker lyrics. We were freaked out, wondering if I could really sing about lambs being dead in the field with bees and butterflies pecking out their eyes. But that’s one of our oldest folk songs. These songs teach about life and death through the medium of art. I think that’s important, to not let everything be completely watered down.” 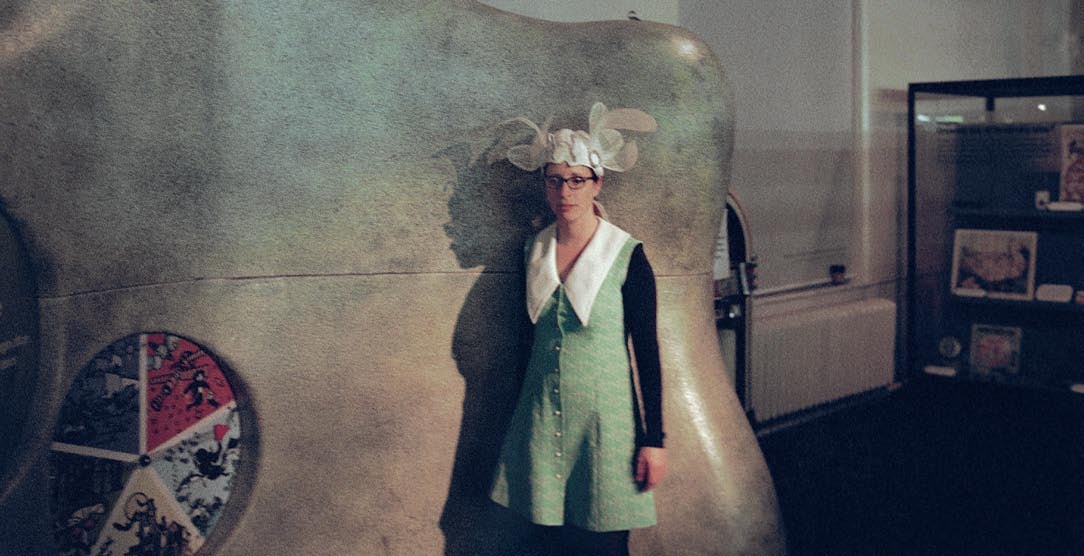 Like all of Laura’s music, Tumble Bee was written and recorded in the converted garage at the back of her house. “It’s kind of like a little cabin,” she says. “It’s very secluded. I don’t have the internet back there and it’s a saving grace to not be checking facebook all the time.” If anything, she’s found the experience of motherhood useful to her productivity. “My window for song writing is half as long, but I feel like it has just made me more focused: this is my time to write, this is my time to be with my son, and I have to be as present and in the moment with both tasks as I can. It’s hard for me to quit sometimes. I’ll be writing and then I realise the babysitter is leaving in five minutes, and I have to switch out of that mode and go into the mothering mode. It’s a struggle to find enough time to do my art. But it’s my own choice. I’m choosing my hours and I want to spend time with him while he’s small.”

While the reality must surely have its share of stresses, Laura’s life can’t help but sound idyllic, splitting her time between recording music and her toddling child, two halves of her life that occasionally overlap: “He asks me to improvise songs all the time. He’ll shout out names of people he loves and I have to make up a song on the spot.” Living in the achingly creative northwestern city of Portland, Oregon, Laura’s a friend and neighbour with everyone from the Decemberists to Jim James of My Morning Jacket, and gets to collaborate frequently. “It’s really nice to be able to call someone up and say, ‘Come around and record something, and let’s get tacos afterward!’”

After an understandably long period without playing live, Laura is starting to tour again. Considering Tumble Bee has a primary audience for whom a standard gig would be far past their bedtime, this raises some issues. The solution she found was to do matinees for the children and regular gigs in the evenings. She says, “It’s a challenge to figure out how to pull it off in a way that’s fun for the kids and for us and for the parents too.”

Hence the bubbles and butterfly wings: “Funny outfits are the key! Things to keep their attention visually. They really go crazy for the bubbles. It’s like crack for them. We have to turn it off after a while or they just obsess over it. We try to balance letting them have a release and some fun and also trying to get them to pick up something from the music.” Laura appreciates the unpredictability of it all, though, “There’s just more chaos, you know. My shows with adults are organised and seated, a little bit formal and not too loose.” She smiles. “In a way it feels more like my old days at punk shows.”