In spite of being the only iteration of a thing she invented, Jennifer wasn’t how I expected someone who devotes themselves to the study and performance of Industrial Revolution-era ballads to be. “I’ll never not be crazy, so it’s always good to have The Booglies,” was one of the first things she said to me, enthusing about her punk 1950s rock-and-roll band in which she “rasps and screams and prances about.” It wasn’t the omnipresent tattoos that caught me by surprise but her attitude of irreverent, puckish vim: it takes a certain kind of freethinking apostasy to create a profession that no one else does and then become pre-eminent at it.

As Jennifer started to tell me the history of her chosen field, however, I realised that everything about her made absolute sense. She is exactly the sort of person who would voraciously devour broadside ballads and try to make others equally excited about the topic. She is, in short, a radical. 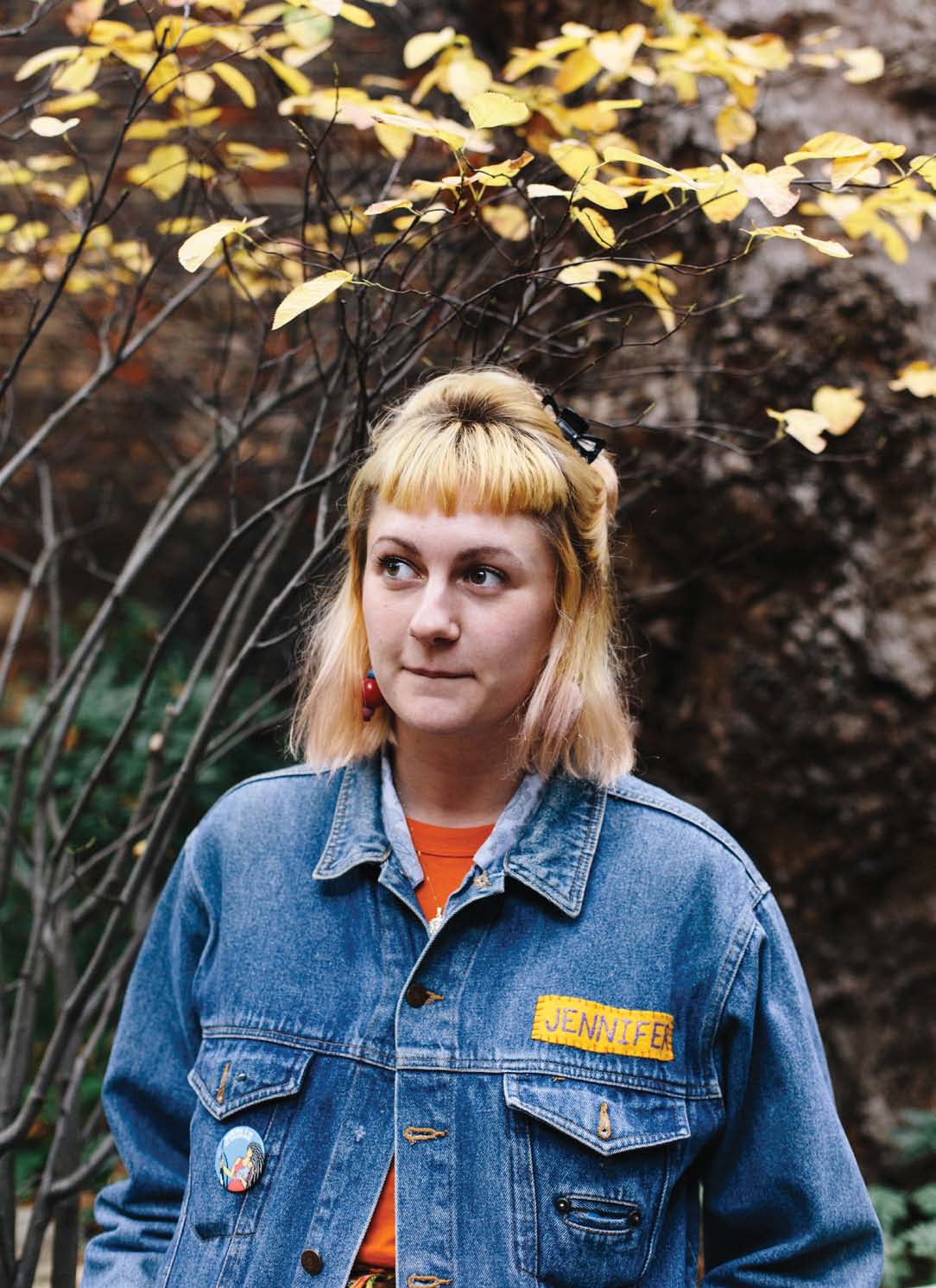 How would you define a broadside ballad?

I used to have a really good definition for it. Hold on. Yes. A broadside ballad was a poem intended to be sung, printed on a piece of cheap paper. Ephemera. They weren’t supposed to last. The paper was so thin that you’d get it, learn it, paste it up on the pub wall, forget about it and paste over it with a new one in a couple of days. But they’ve survived. There’s 5,000 in Manchester alone. People just didn’t want to let them go.

How long were they popular for?

Oh God, ages. They were around from the 1500s all the way up to the 1900s. They had black Gothic print and evolved into garlands, which evolved into chapbooks of poetry. Broadsheets were easier because you could have them in a roll on a stick, like toilet paper—pull it down, cut it off , sell it, pull it down, cut it off , sell it—so it was easy to just shove them out. When newspapers started becoming popular they were seen as gossip. Newspapers were rooted in fact whereas broadsheets became a guy shouting, “Murder! Betrayal! Torture!” It was all a bit medieval by then.

I was in Barcelona and we were squatting and after a year I ran out of money, so I started e-mailing all the cultural places in Manchester like Chetham’s Library and the Working Class Movement Library, saying I was interested in Lancashire folk music. Chetham’s got back to me and said they had this collection of ballads, seven big volumes of them. I looked through them and realised that I recognised some of the tunes but not where from. I started to sing them, and catalogued and digitised them all. And then the artist Jeremy Deller got in touch and asked me to sing on Newsnight and from there it went on.

Were you raised with folk music?

No, no, my parents don’t like folk music. Dad likes Leonard Cohen, Mum likes Bryan Ferry and that’s where it stops. Both police people. We’d go on holidays to Turkey because they liked getting tanned. It wasn’t my background at all; I’d never been to a folk festival in my life. But, I don’t know, things chime from it. Working class struggles. I can’t not be interested. I can’t not tell people about it. These songs, all these trade union songs, early anti-Corn Law and Peterloo Massacre stuff and the big mill disasters, it’s all really important and it’s exactly the same as now. I think people should focus more and learn from the past so we can move forward.

The ballads were created for working class people. Were they made by them too?

Some were. There were people like Tommy Armstrong, the Pitman Poet. He’d work in the pit, write poems, sing them, be at the front of strikes and represent the people. But then you had places like the Seven Dials that used to be a big London printing powerhouse. There was a famous printer there called Jeremy Catnach. He was a bit of a git. He used to hire people to write ballads, mimicking what working class people were thinking, but only to flog to them. He had a really capitalist mindset, trying to appeal to working class people in an exploitative way.

Do you have an idea of how many were written?

Loads loads loads. If you were a traveller and walked past a printer’s house they’d say, “Right, I can tell you’re new in town, come in here. You can earn twenty shillings a week to churn out ballads.” The circulation was insane. Some of them would say “a woman in ‘blank’ street” and the printer would just fill in the name of a street in his area. These ballads were reproduced everywhere and people would think they were specific to their neighbourhood when they absolutely weren’t. There’s a story about a guy who was being hanged, and the hack went to the hanging, wrote down the details, ran to the printing house, printed off a few hundred ballads, came back and had them to sell by the time the man was dead.

Your background isn’t in traditional academia. Is that a benefit in some ways?

Yes, especially with the Lancashire dialect stuff, which I find the richest part. I can’t come at it from an academic perspective because I’m too invested. I just have to sing it, I have to be the vessel through which more people can hear it. There are academics that I talk to, but they’ve only dabbled, used bits and pieces. I’m fully ballad girl, the end.

How does performance factor into your work? Have you done research on how they were sung?

The vocals are the glitzy, charismatic part. If I was just going to give a talk about ballads and not sing any, then I really don’t see the point at all. I like to sing a cappella because it’s got heart that way. If you were a miner or a weaver, you weren’t going to have an instrument lying around. Maybe an English concertina if you’re lucky. It’s like when you get drunk and you sing at the pub and don’t have an instrument to hand. I like the spontaneity, you can just burst into it. Anyone can sing these songs, so it’s only right for me to sing them in a very simple way where you can fully listen to the words. The tune isn’t important: they weren’t printed with them. You can put any tune you want to these songs. Often when I read a ballad I get the tune in my head by the fourth verse and then by the fifth I can sing it fine. It’s really strange how it comes at you, like it was there already.

Do audiences outside Lancashire react differently to your work?

I think they’re moved in a strange way. It freaked me out at first because I was just singing a song in my accent and doing a clog dance. I didn’t know what the big deal was. It stands for something that is almost dead in most people’s minds, and then you’re reviving it straight in their face.

As you weren’t raised with traditional folk music, has your work changed your relationship to the area you grew up in?

Yes, I’ve totally romanticised Rochdale, and if you ever go to Rochdale it’s horrible. Reading about the history of an area makes you more mature. It’s way bigger than you and it’ll continue to go on after you’ve left, so all you can really do is try to understand it and give it a platform. I’m just an interpreter, maybe helping people find something again.