Someone is heckling Isy Suttie from inside her head. She’s found herself imagining the worst ahead of performing her new stand-up show at the Edinburgh Festival. Politely but firmly, she responds, “I’m talking as Isy now: stop it please. Stop eating chips in my show.” This isn’t to say that a lot of chip-eating happens in Isy’s shows. “No,” she admits, “It doesn’t. But for some reason this morning I was imagining being heckled. I don’t know why I have to think it through in my head with every show.”

It seems unlikely that anyone non-imaginary would want to heckle her. Isy melted hearts when she joined Peep Show as Dobby, IT geek and only-chance-for-happiness for sadsack Mark, played by David Mitchell. Unlike many comics who feel overwhelmed by their best-known on-screen personas, Dobby is a comfortable fit with Isy’s stand-up. “She isn’t that far from what I’m like in real life, so hopefully people who like the show would like what I do live.” Isy radiates a warmth that carries through to her stand-up shows, and their disarming mix of musical numbers and bittersweet character comedy. 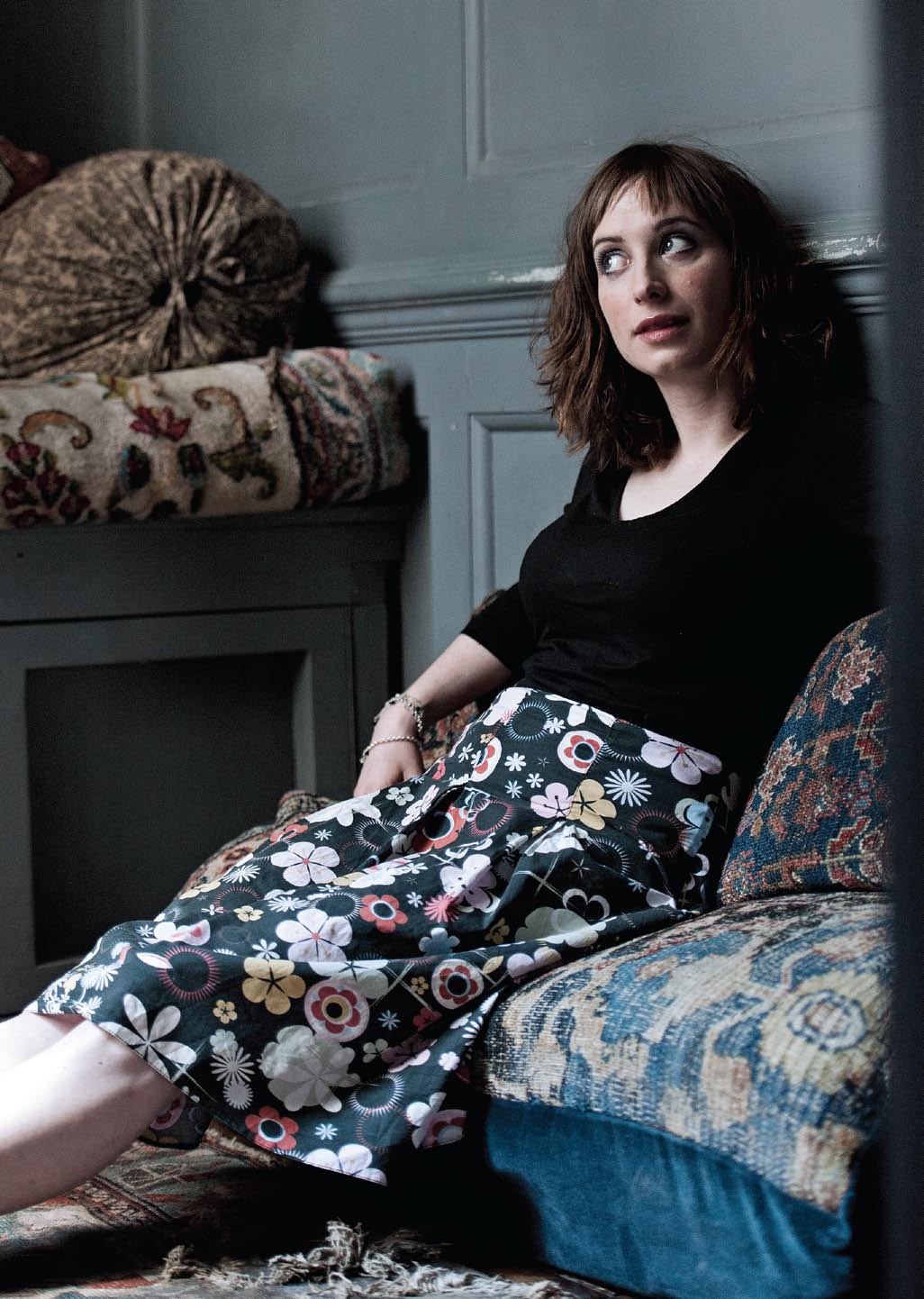 When she is finished rebutting the hecklers, Isy’s new show will see her playing Pearl and Dave, a couple who connect online and then discover that real life is far more awkward. Isy plays both parts, singing songs to dramatise their emails and webcam conversations, while narrating the story as herself. Her portrayals of the ill-fated pair are silly yet sad, touching on the regret that comes from a lifetime of diminished expectations. The show sounds typical of Isy’s comedy, which is defined by a clear-eyed but humane positivity. The characters she creates on stage are often wilfully deluded but the portrayals are fundamentally sensitive and without malice.

There’s a difference this time, though. Isy’s mother isn’t making so much of an appearance. “I feel like maybe I ought to start writing my own material rather than using my mother,” she says. That, one can’t help thinking, would be a shame. Along with swathes of her own diaries, a mainstay of Isy’s comedy is the portrayal of her hometown of Matlock. Her mother’s letters bring to life the town’s dodgy dealing, nosy neighbours and the heroin addicts who come round to borrow rolls of tin foil. She has always been a compulsive letter-writer, but Isy looks forward to her letters with more than just a daughterly interest. “I’m definitely always looking for comedy in her letters. I read them thinking, ‘I don’t care about Aunty Barbara, give me the funny!’” To Isy’s relief, her mother doesn’t mind, “She does it too. She’ll tell me a story about the vicar or something and then she’ll say ‘Do you think you can use that?’ It’s quite sweet. It’s like I’ve got a free writer.”

Isy’s comedy is all about the little things that make people happy or unhappy. She wants to move the audience, she says, not make them laugh at knob gags. “There’s a lot of comedy in people’s complexity and flaws. If you can tap into something that everyone identifies with, like you’re feeling unconfident on your first day of work or you’re hurt because a neighbour has said something about your rockery, you can make the whole audience feel that too.” She’s aware that big television stand-up isn’t always prepared for her softer, more subtle comedy. “If it’s Saturday night and people are in eating their eggs and chips, they don’t necessarily want to be thinking ‘The neighbour said something about the rockery, oh yeah, I’m really moved!’“

While other comedians are ambitiously chasing exposure on television, she seems in no hurry. “I feel like if I did more stand-up on telly or a big tour, I could do bigger venues and then it might move to something else, but I don’t mind really. I’ve never been someone who rings my agent and says, ‘Why am I not on that?’ I’d rather get my head down and work and wait, and if stuff comes to me I’ll feel more ready to do it.”

Her more relaxed approach comes with its own rewards. The freedom from single-minded ambition has given her the chance to explore different things. She played a serial killer in the musical Gutted and she’s now learning Welsh—“I could hold a conversation with a 7-year old, especially a 7-year-old farmer, because I know a lot of animals and numbers.” Isy is content to do what she loves. “I feel really happy. I was working at Oddbins until the beginning of 2008, and when I left it felt like a real leap of faith. I got Peep Show straight away, so I still can’t believe I’m not dealing with people’s wine that hasn’t got there.”