When the grey, shining future arrives, production designers working on period films set in our present will need a steady supply of jam jars. As modish receptacles for cocktails, they are as ubiquitous in contemporary bars as mismatched vintage furniture, exposed brickwork and excessive facial hair. Cocktails are subject to the whims of fashion more than any other beverage. A glass of wine will ultimately always be just a glass of wine, but a cocktail is a living document of its era. One that gets you really drunk. Old Fashioned
The names of cocktails can be as flashy as the beverages themselves, but attempting to discern their origins is as unwise as drinking a whole blue pitcher in Wetherspoons by yourself. Given that the original definition of a cocktail specifically described an Old Fashioned, it’d be understandable to assume that the name comes from its age, but this isn’t quite accurate. It refers instead to the drink’s important lineage: rather than being related to other cocktails, the Old Fashioned counts 16th-century English punch as its cousin. The Old Fashioned is so old-fashioned it almost isn’t a cocktail at all. 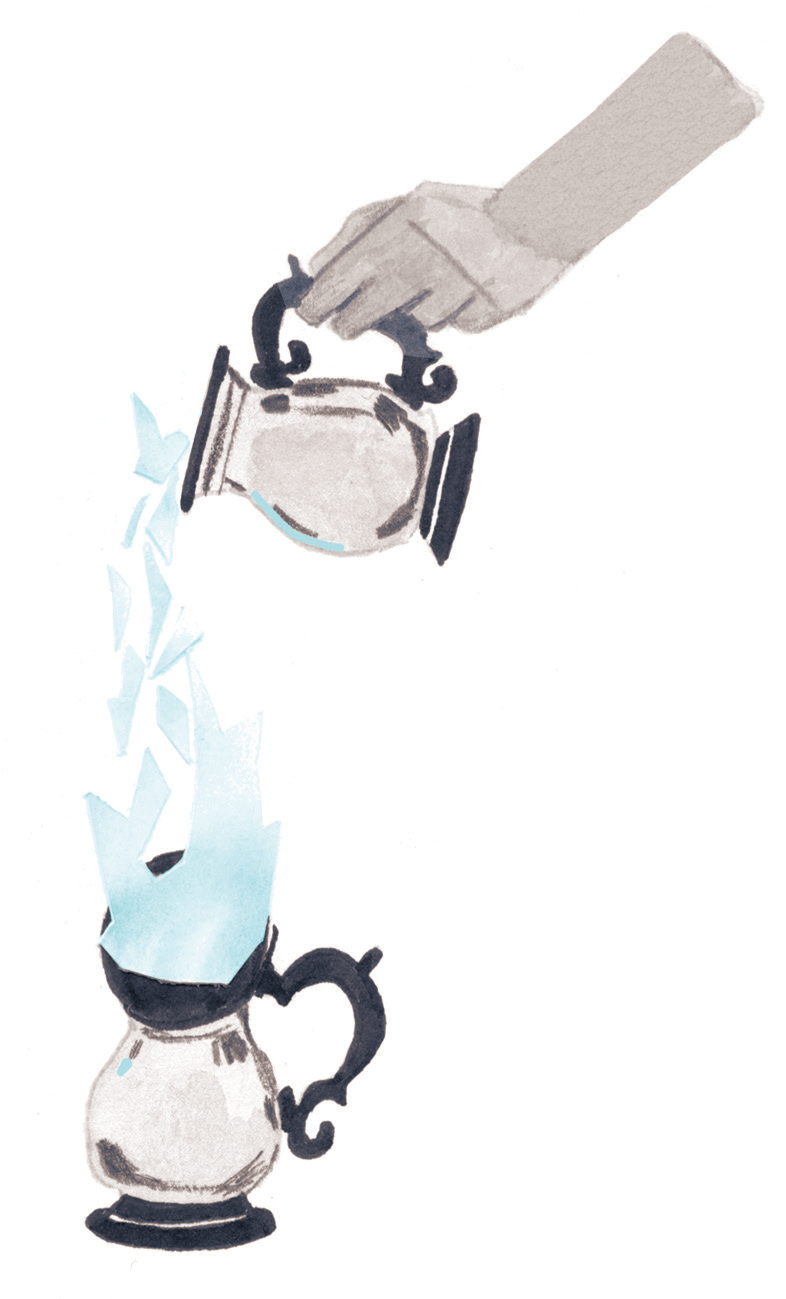 The Blue Blazer
Marketing fizz aside, the history of spirits is largely one of distillers rather than individuals. This separates them from cocktails, which by virtue of being concocted from existing items are usually the efforts of one individual who may be lost to time. In the case of the Blue Blazer, the first flaming cocktail, that individual was “Professor” Jerry Thomas, the 19th-century bartender who literally wrote the book on the subject with his seminal Bartender’s Guide. The American golden age of cocktails would later be curtailed by Prohibition, but for a time it was shepherded by brash showmen like Thomas, foolish or brilliant enough to try setting drinks on fire. Zombie
Cocktails – with their numerous ingredients and complicated preparation techniques – are seen as drinks for special occasions; perhaps if beer came with a little umbrella or a sparkler we might think of it the same way too. Novelty drinking places emphasis on presentation – at its most evocative, cheesy and wonderful in the Tiki Bars of the pre- and postwar period. Serving rum-based drinks like Zombies (also known, thrillingly, as “skull-punchers”) in coconuts and pineapples, these romanticised impressions of Polynesian culture understood that a good cocktail feels like the first day of a holiday. Martini
The Martini stands as an example of how even specific drinks are subject to time. Traditionally made with gin and vermouth, the quantity of the latter fell through the 20th century, but its biggest change came when James Bond started to drink his with vodka. It’s telling that it’s almost impossible to say “Martini” without doing a bad Scottish accent: coupled with the spirit’s growth outside Russia, this variant has eclipsed its progenitor. The process was so successful that “tini” has become a suffix for all manner of random vodka drinks: an Appletini, shamefully, contains none of the cocktail’s original ingredients, just like when they replaced all of the Sugababes. Sex on the Beach
The main ingredients of Sex on the Beach are peach schnapps, vodka, melted Rubik’s Cubes, a Wham! cassingle and orange juice. The drink is emblematic of the simple fruity cocktails that became popular in the 1980s, each containing about a gallon of vodka. True to the decade’s inadvisable form, these were saddled with risqué names like Screaming Orgasm, Slippery Nipple and Slow Comfortable Screw Against the Wall. Presumably they died out once it became apparent that no sane human being could ask for one out loud. Until irony reclaims it, Sex on the Beach serves as a lesson that what is provocative today can be tedious tomorrow 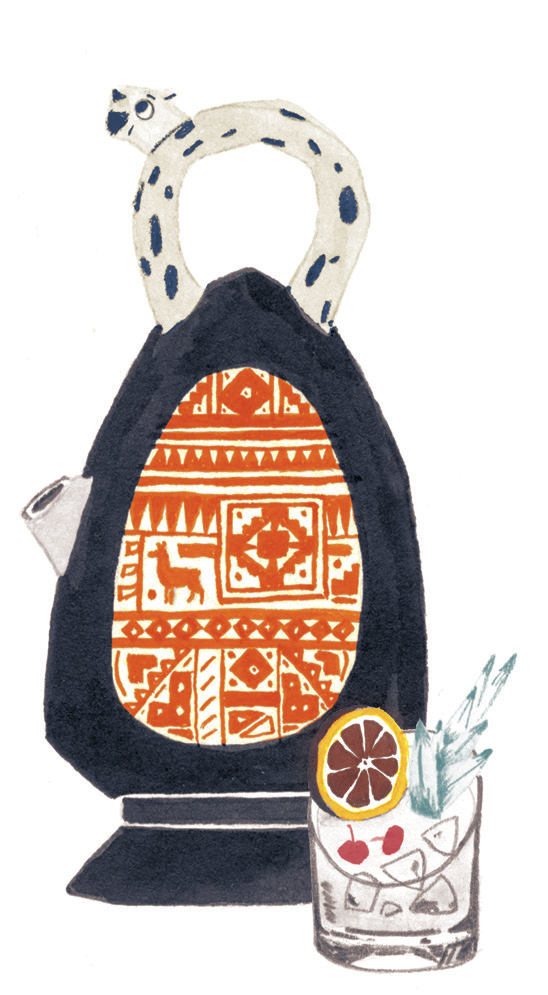 Hug a Wildcat
Unless you’ve had it served out of a Peruvian puzzle jug at London’s The Nightjar, it’s unlikely that you’ve heard of Hug a Wildcat. Concurrent with the rise of mixologists, cocktails have seen a comeback that falls somewhere between a gimmick and a revived artform. Cocktail bars now invent their own bewildering array of irreverently titled beverages, and change them constantly. While this is terribly exciting, it also means that it’s rare for new drinks to get a wider foothold. What is fashionable is not specific cocktails but the idea of choice. And drinks served in glass owls for some reason.