The idea behind Austentatious is that it’s an improvised Jane Austen novel with an audience-provided title. What elements of her work is it important for you to stick to?

When we started we were often playing Jane Austen-like plots, but we’ve done over 200 shows now. What we do is try to keep true to her world, so everything is seen through the eyes of the Regency era.

For example, when we got the title Breaking Cad: Meth Comes to Pemberley we did a Breaking Bad parody but it was about somebody dealing in buns: they couldn’t tell their wife that they were a bun dealer, and they had TB so they couldn’t afford to go to the apothecary. 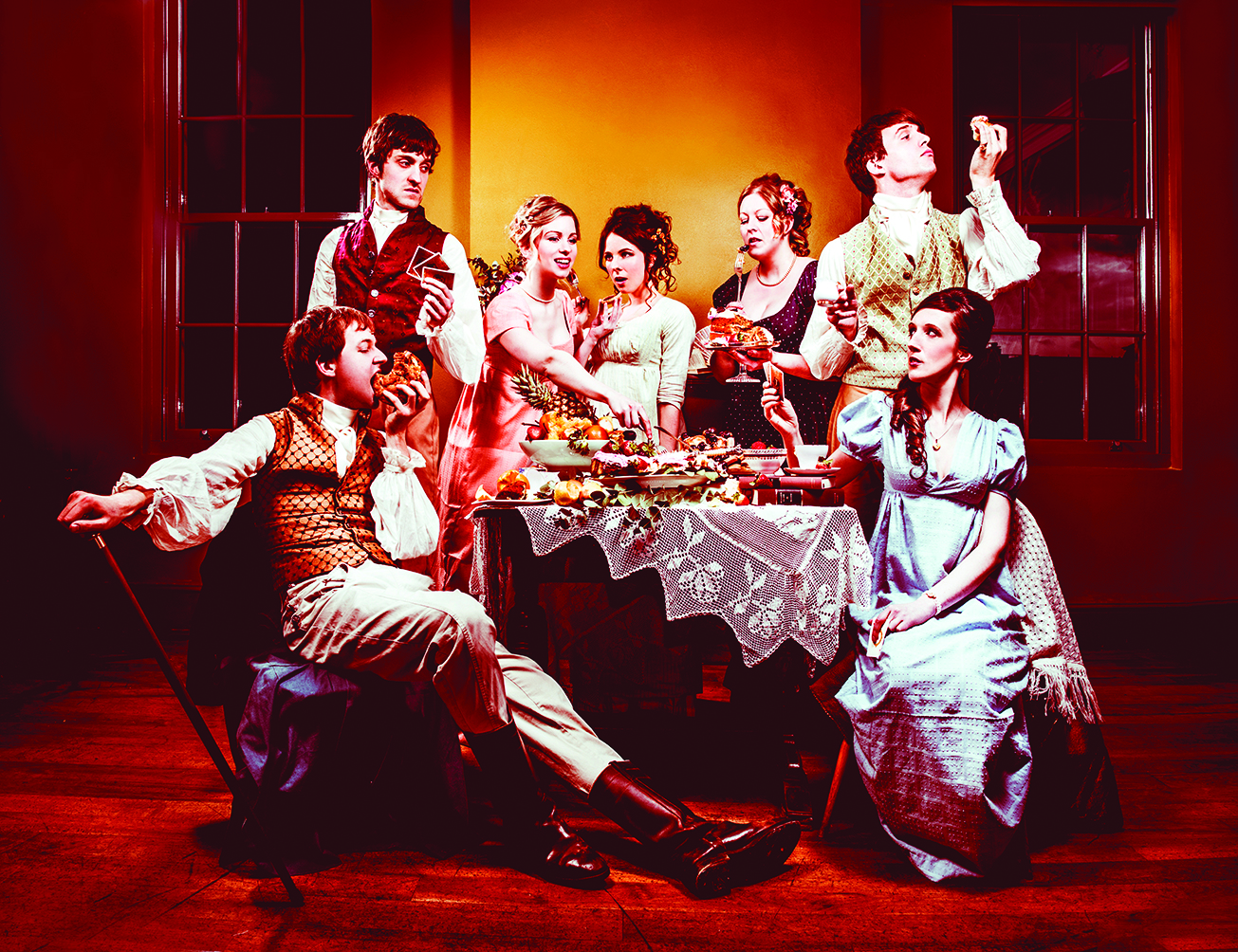 Is it difficult to keep things fresh after 200 performances?

It’s definitely hard. We don’t repeat material but the danger is falling into patterns, so maybe Rachel Parris has been the love interest and I’ve been her mad mother for three shows. Everyone has default character tropes they’re comfortable with. We have rehearsals where we practice, and we’ll ban stuff.

For ages we had loads of French villains so we said no more for a while – even though in 1814 we’re at war with France at this point and we hate French people, let’s do something else. Or if someone’s been a maid for a few shows, let’s have them play a lady. We do our best to make it interesting for ourselves, which I feel makes it interesting for the audience.

In what way does the format aid improvisation?

Jane Austen gives such a strict set of barriers. There’s a certain way to behave, a certain way to speak. Women can only do certain things; men can only do other things. It’s a lot of restrictions to put on an improvisational group, but that’s why it’s successful. We’re quite an anarchic group so the more restrictions you put on us the funnier we are, because we’re trying to push them. If you told us we could do anything, it wouldn’t be as good.

How important are the working relationships within the group?

I think the show works because we like each other. We drive each other crazy but at the end of the day we all make each other laugh and that really helps. You could get the best improvisers in the world and put them in a group and they might not gel if they don’t trust one another and get on. Improvisation is a conversation. You have to trust that someone’s going to back you up and support you, and that they’re going to find you funny.

How do you critique your performances?

We do it ourselves. Some improv groups have coaches, which is popular in America. We’re actually just about to get one because it’s becoming hard to not annoy each other. It’s like a family – we’ve been through so much.

Austentatious is run as a complete democracy, which means our meetings are several hours long but everybody gets a say and nothing is agreed until everyone’s happy. With seven people that’s difficult, but it’s better than if just one of us was in charge. That’s how people get resentful.

Also, everyone is so emotionally invested. It’s our company. We own it, we feed it, it’s our baby. During critiques you just have to take it and trust that they’re saying something for the benefit of the show.

You’ve all got hectic careers outside of Austentatious. What do you do to manage your schedules?

It’s a nightmare. There’s a Google calendar and we’ve exchanged over 4,000 emails. When we started we were all just doing bits and pieces, but since then everyone’s gotten busier. It’s tricky but that’s why there’s seven of us – if one of us gets a TV job then there’s still six to do the show. Everyone’s really supportive of each other, so if somebody can’t do something then we work around it. We love doing this and want to do it, so that makes it easier.

Austentatious has two monthly residencies in London but you’ve also gone on nationwide tours. How is touring different?

Last year our tour was 20 dates. We learned the hard way that it was too many – we all nearly killed each other and didn’t have a social life for months. This year we just did 10. The nice thing about it is people come along who like Jane Austen but haven’t seen improv before. We get to open it up to them.

When I started doing improv 10 years ago lots of people would assume it was rubbish and unprofessional, so to do a show that looks good and is good makes me feel a little proud. It’s so joyful to spread improv in a positive way.