Knowledge in everyday life so often arrives wearing the garments of the pub bore, the explainer who behaves as if they somehow own the facts they know, who doesn’t share information so much as wields it. Overwhelmed by the prospect of laborious detail, it is always a pleasure to find the kind of enthusiasm that doesn’t belittle but instead sweeps you up and carries you along with it, whether you’d expected it to or not. It is this welcoming, irresistible zeal that Sarah Vowell carries when writing about presidential murder.

Assassination Vacation finds the author – a lifelong enthusiast on the subject of America’s callow years – as she takes a ramble across the country to visit increasingly tangential sites associated with the assassinations of Abraham Lincoln, James Garfield and William McKinley, the 16th, 20th and 25th U.S. presidents. The idea of a person travelling hundreds of miles just to view fragments of Lincoln’s skull or McKinley’s bloodstained pyjamas sounds morbid but she writes with such humour, scholarship and passion that you can’t help but get excited in her presence. As her friends accompany her on her various trips Vowell talks about them as if they have the patience of saints, but her joy in esoteric historical tourism is so infectious that it’s easy to understand why they’ve tagged along. To continued amusement, she just can’t help gush about gunshot wounds and Lincoln’s fourteen funerals and the endless two and a half months it took Garfield to finally succumb.“When I’m around strangers, I turn into a conversational Mount St. Helens”, she writes. “I’m dormant, dormant, quiet, quiet, old-guy loners build log cabins on the slopes of my silence and then, boom, it’s 1980. Once I erupt, they’ll be wiping my verbal ashes off their windshields as far away as North Dakota”.

In the world of high-concept travelogues you can usually tell when someone’s faking, but it’s obvious that she would be doing all of this even if she wasn’t writing a book about it. What prevents Assassination Vacation from turning into grisly historical true crime is its curious, discursive nature, as the always wry Vowell becomes fascinated by a 19th century vegetarian biblical sex cult and the spread of neoclassical Doric columns through Washington D.C.’s legislative architecture. She possesses that elusive quality that only the best writers have: whatever she’s interested in, you become interested in it too. 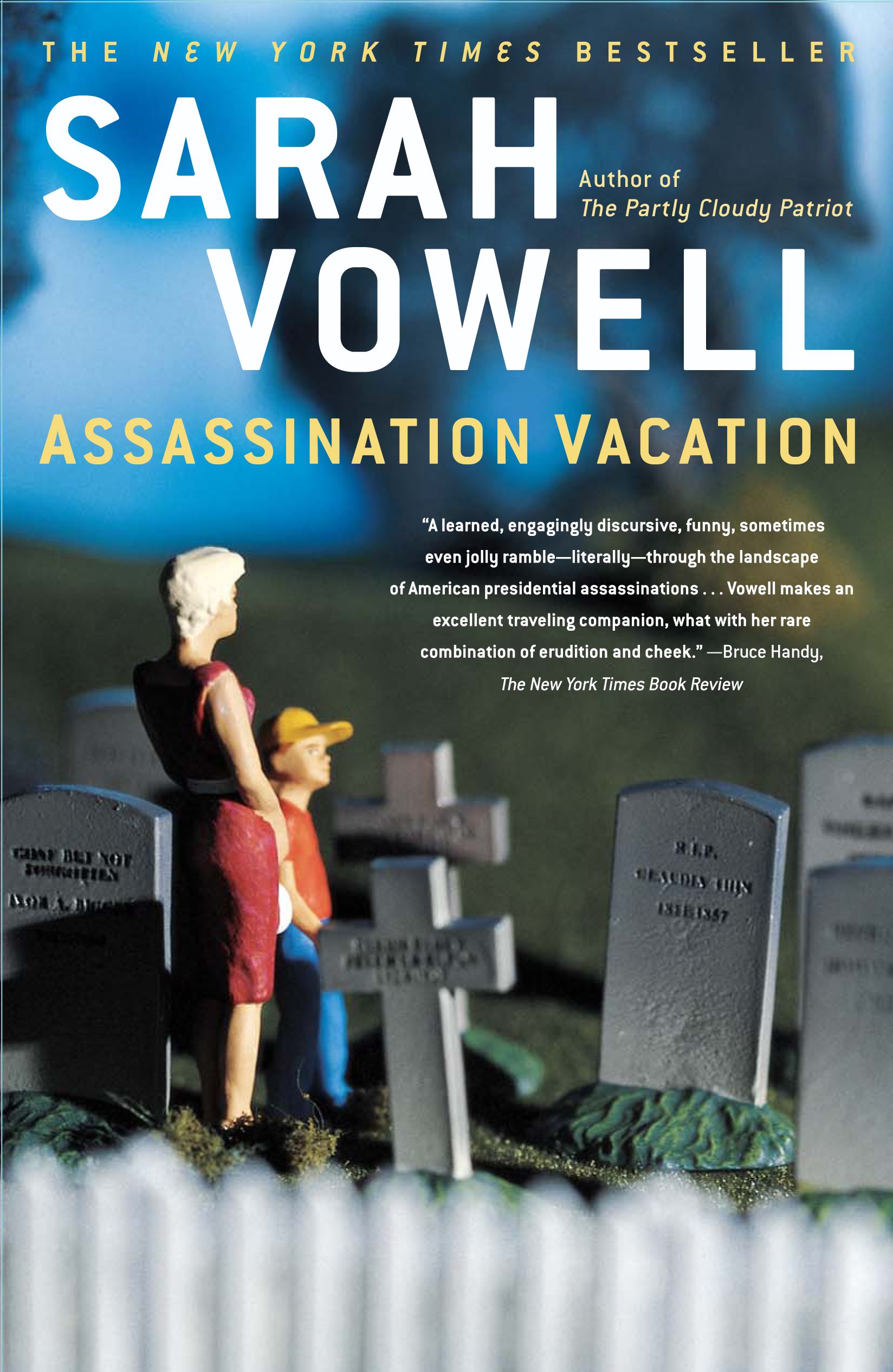