As a cinematic achievement, the Lord of the Rings trilogy is nearly unparalleled: a gorgeous, sweeping epic skilfully adapted from Tolkien’s seminal work of popular fantasy. Whatever his other flaws as a filmmaker, Peter Jackson was uniquely suited to the project, utilising the beauty of his native New Zealand and commanding a superlative production team and still-impressive computer imagery to create a believable Middle-earth.

Shot back to back, the movies avoid the decline in quality that mar comparable trilogies. Even Jackson’s infamous propensity for bloat – which sunk his 2005 remake of King Kong – was fitting for such a vast story. Maligned only for its protracted ending (and it’s hard to entirely begrudge an 11-hour-long story for having a few loose ends to tie up), the trilogy remains the high-water mark of populist, blockbuster filmmaking. 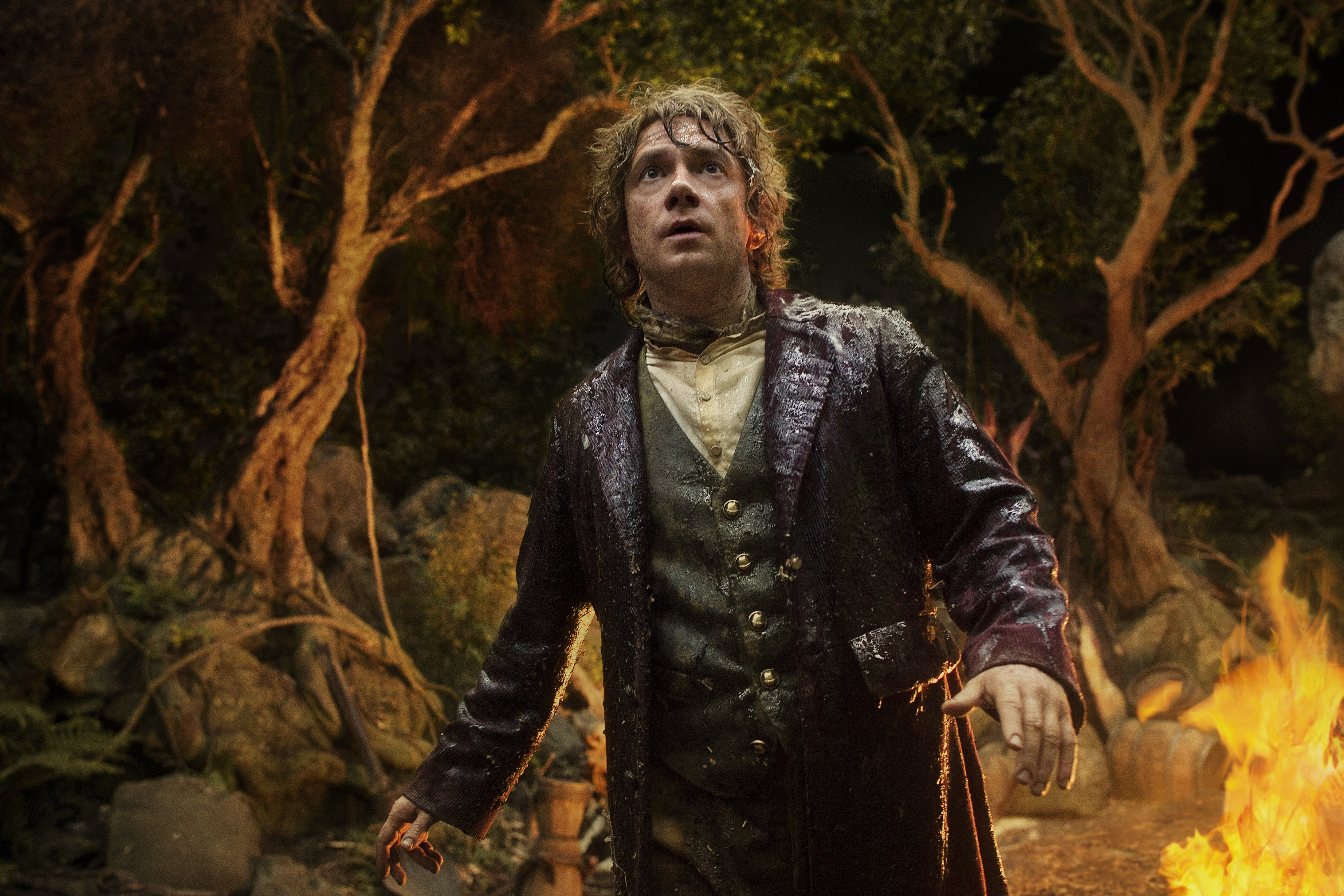 It’s a curious decision, therefore, for Jackson to co-write and direct The Hobbit. Standing in his own shadow, at best he can only equal what he’s already done, while the scope for disappointment is massive. In the production notes for An Unexpected Journey – part one of a new trilogy – Sir Ian McKellen notes that while new parts enticed him more than the iconic wizard, he returned to the role because, “In the end, I couldn’t really bear anyone else playing Gandalf.” It’s a revealing quote, and one that could easily apply to Jackson himself. Middle-earth is his ring, his precious, and he can’t part with it.

For all the darkness teeming at its edges, The Hobbit is a relatively simple children’s book about a hobbit called Bilbo Baggins (Martin Freeman) going on an adventure with some dwarves and returning. The book features battles and peril of the sort that litter its adult sequels, but it’s as in love with rhymes and riddles as it is with grand quests. This slightness doesn’t damage the book, with stakes deliberately lower than the world-threatening ones in The Lord of the Rings, but Jackson and his screenwriters (Fran Walsh, Philippa Boyens and the contractually-obliged figure of nearly-director Guillermo Del Toro) seem insecure about the fact. In a desire to match the scale of the earlier trilogy, An Unexpected Journey suffers from mission creep, stuffed with encounters, subplots and characters it doesn’t need.

Every scene is rendered with the care and skill of the earlier trilogy, but many of them feel inconsequential or overly long. With nine or so hours to kill, Jackson has a lot of his time on his hands: there’s a lengthy stay in Rivendell, and the scene introducing the dwarves, despite being a lot of fun, goes on for about half an hour and features two songs. In perhaps the movie’s nadir, there’s a whole scene where wizard Radagast the Brown (Sylvester McCoy, doing well for himself) tries to coax a hedgehog back to life. Unless that hedgehog later becomes the Dark Lord Sauron, the scene probably could have been cut.

Such frivolity wouldn’t matter if the picture was as slim as its source material, but the story can’t stand being expanded to such a degree. One leaves with the impression that all of the really good stuff is still to come. While that bodes well for the remaining two parts of the trilogy, it can’t help be disappointing, as if Jackson had been clearing his throat for three hours and is just about ready to start talking. More so even than The Lord of the Rings, in all likelihood The Hobbit trilogy will be best suited to marathon viewing sessions on lazy Sunday evenings, where fans can luxuriate in its length rather than cursing that they have to wait eighteen months for the Battle of Five Armies.

The heart of the film, as was the heart of the book, is Bilbo, and anything else is a distraction – even the dwarves, even Gandalf. A far more interesting hobbit than any of the Lord of the Ringsquartet, Bilbo is as pernickety as he is brave and stout-hearted. In the standout scene, Bilbo plays a game of riddles with Gollum, and while he wins through wily ingenuity, he definitely cheats. Freeman’s understated portrayal is a joy, and he’s sorely missed whenever the narrative loses itself in miscellany. For a picture with so much padding to do, this tends to happen a lot.

A further issue is that while Bilbo is far more engaging than dour Frodo, resolute Sam and (hungry?) Merry and Pippin, his solitude makes it difficult to engage with the rest of the cast. The dwarves meld into an amorphous comic blob because none of them are ever in tangible danger. They function as the fantastical, hard-fighting figures that Bilbo is in awe of, so they only ever exist in relation to him. Even if one died, there would still be a dozen more to compensate. Presumably this will be less of an issue in future instalments as the dwarves learn to rely on Bilbo and come into their own as characters, but essentially An Unexpected Journey is the first act of a film, which means the characters develop very, very slowly. Dwarf leader Thorin Oakenshield (Richard Armitage) comes off the worst, having to spend three hours acting grumpy and petulant.

While it’s still a pleasure to dwell in Middle-earth, by the end it doesn’t feel like the story has even started. In a closing scene reminiscent of 2001’s The Fellowship of the Ring, Bilbo, Gandalf and the dwarves look out at the Lonely Mountain, far away on the horizon. Where the effect in Fellowship of the Ring was one of excitement – look how far there’s still left to go! – the corresponding emotion in An Unexpected Journey is that of exhaustion: look how far there’s still left to go…

Roughly twenty minutes into the movie, and twenty minutes into The Hobbit trilogy’s nine-hour running time, Gandalf asks Bilbo, “Don’t all good stories deserve embellishment?” By trying to make a Lord of the Rings-sized epic, Jackson proves Gandalf wrong. The film tries very hard to beThe Lord of the Rings, and while you can’t blame Jackson for the impulse, the film would be a lot more satisfying if it was just content to be itself. As enjoyable as it is, An Unexpected Journey is stretched, as Bilbo will be in three films’ time, “like butter scraped over too much bread”.