Although its proximity to the present day somewhat disguises the fact, The Bling Ring is a period film. From fashions to attitudes to social systems, the appeal of such films is that what was once commonplace – even boring – can become exotic just by virtue of no longer existing. That The Bling Ring is set in 2008 is almost irrelevant: the film depicts a world different enough from ours to seem slightly uncanny. 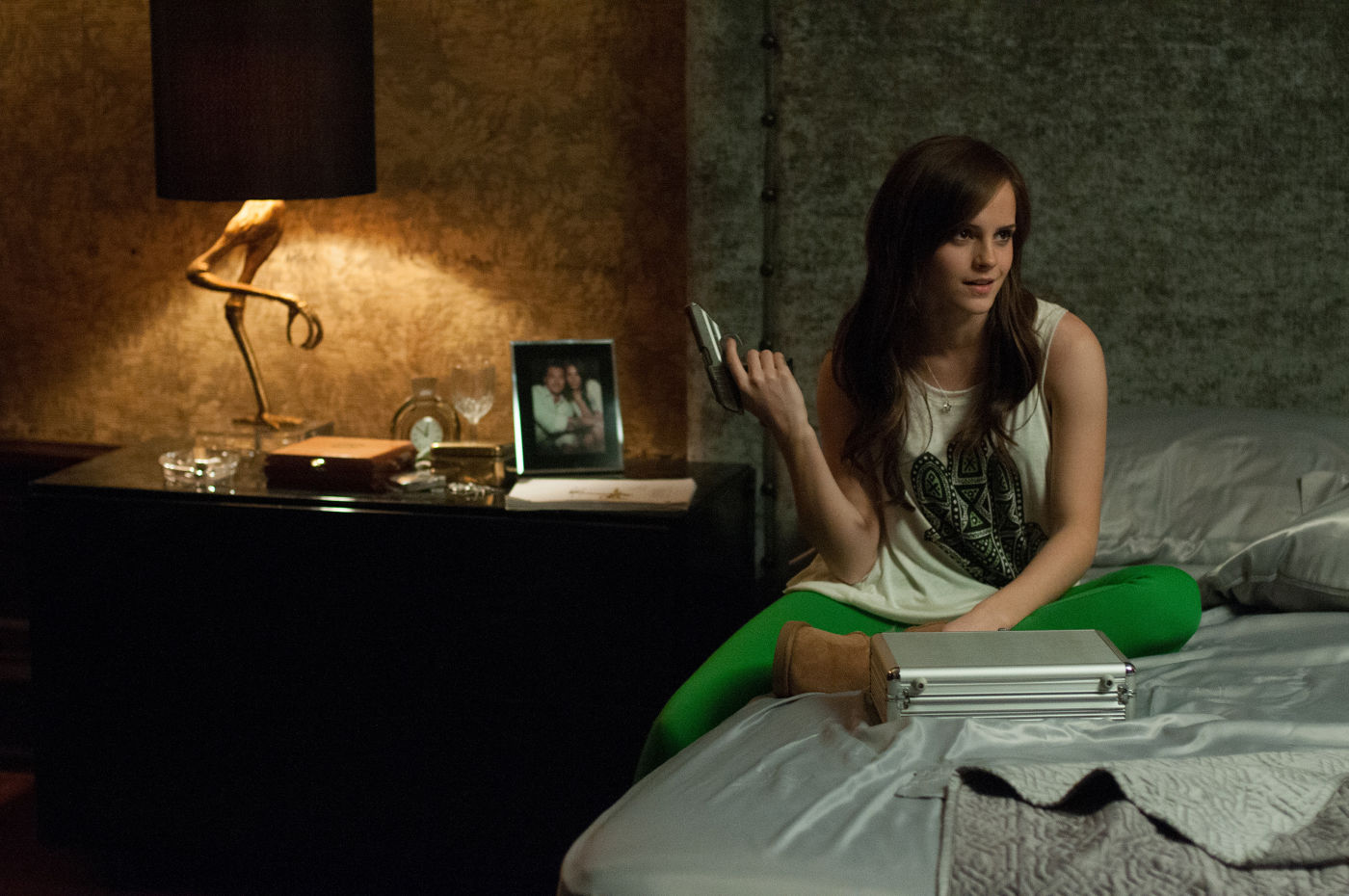 Based on the true story of a gang of high school students who stole over $3 million in luxury items from a host of celebrities, The Bling Ring is a persuasively alarmist examination of the corrosive effects of wealth and celebrity culture upon young people. Whilst the arguments that writer/director Sofia Coppola makes would be equally pertinent in a story set today, the distance that the period setting provides demonstrates just how warped the group’s values are; as the gang obsess over celebrities like Orlando Bloom and Audrina Patridge whose stars have fallen significantly over the past half-decade, the oddness of their fixation becomes more apparent. Playing out like the adaptation of some great unwritten Bret Easton Ellis novel, the film is an apocalyptic vision of how privilege corrupts youth. The gang’s belief in their own exceptionalism is so warped that it extends to fame itself, which is not only their ultimate goal, but something they believe they have a right to. Emma Watson has justly received attention for her surprising, note-perfect portrayal of a spoilt American teen, but the cast are uniformly excellent, giving committed performances of characters whose encyclopaedic knowledge of their society’s markers of success disguises their incredible naivety about everything else.

Raised by neglectful parents who dole out Adderall like sweets, and living in a culture that elevates the idea of celebrity above all else, it isn’t surprising that the gang’s sense of entitlement would expand to incorporate the property of those they idolise. The audience is implicated in the act too: by breaking into famous people’s houses and stealing the signifiers of their opulence, the teenagers make literal the ownership we believe we have over celebrities. Where the gang feel entitled to their objects, the audience feels entitled to their private lives – either way, famous people are treated as a sort of property.

At a point in their lives where all teenagers are constructing their own identities, the protagonists of The Bling Ring create theirs through the possessions of other people. After all, if you stand in the same nightclub as Paris Hilton and you’re wearing all of her stuff, does it really matter that you’re not actually her? Convinced that they’re untouchable by the ease of their initial robberies and their brash youthfulness, not to mention the increasing quantities of cocaine they keep taking, the gang’s downfall is inevitable from the start.

Enough was never going to be enough: as they stockpile luxury watches and shoes that they never needed in the first place, the teenagers reflect the distorted consumerist values of the culture that spawned them. Privilege creates a false sense of security, in which respect the thieves differ little from their targets: houses which look well guarded have a key under the mat, or an unlocked door around the back. Insulated by their wealth and fame, the celebrities consider themselves equally beyond risk.

Even though there are significant consequences to the gang’s recklessness and complacency, Coppola makes the case that their actions are rendered almost meaningless by the culture in which they took place, documenting as the group accrues fame through the crimes. As the film’s depressing final scene demonstrates, society doesn’t tend to care whether such recognition is obtained through accomplishment or notoriety – as long as you’re famous, it doesn’t matter how you got that way.