Ever since it first developed the tools to destroy itself, the human race has been obsessed with the idea of its own extinction. In cinema, this fascination with potential apocalypse has found willing analogies that reflect the threats and traumas of specific times, in everything from Japan’s post-Hiroshima monster movies to North America’s AIDS-influenced body horror films in the 1980s.

Perhaps indicative of our self-absorbed, self-documenting present, Seeking a Friend for the End of the World’s apocalyptic vision has little to do with the fear of colossal death, but with the concern that we’re somehow not living right. Set three weeks before an asteroid strikes the planet, the film follows morose, recently-single Dodge (Steve Carrell), and his rent-a-quirk neighbour Penny (Keira Knightley) as they join together to reach old flames and family members before their untimely ends. Really, though, their journey is an opportunity for self-examination, as Dodge reflects upon a life of timid living and missed opportunities. 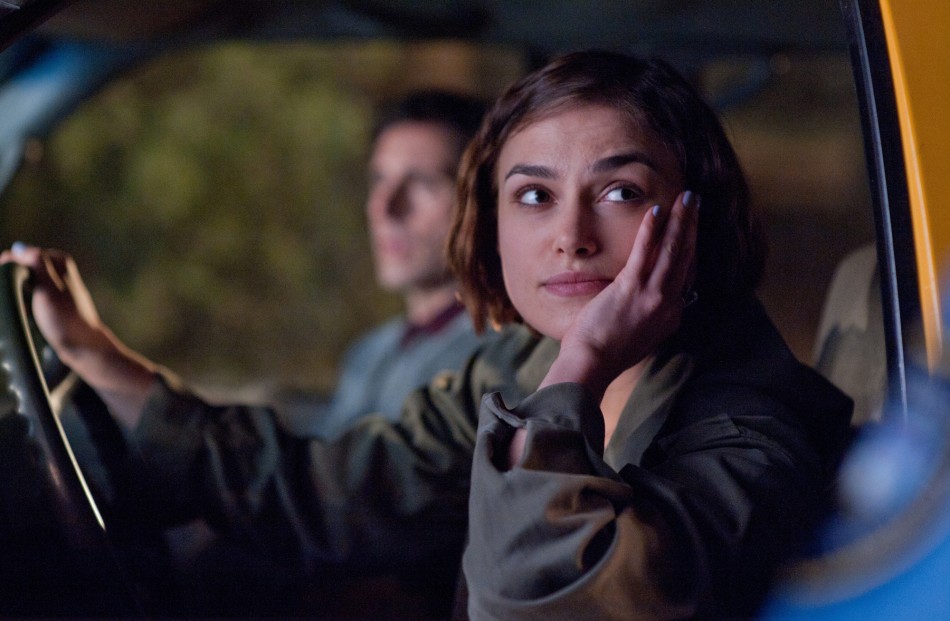 It’s apocalypse as therapy session, with the bitter joke being that any realisations are too late anyway. The downside of this is that Carrell spends most of the film depressed and disengaged from the world around him before his inevitable conversion, which dampens the comedy more than it should. Knightley gamely tries to bring energy to the proceedings and almost succeeds, but her part is essentially a stock “Manic Pixie Dream Girl” role rather than a recognisable human person.

While it’s commendable in an age of big-budget disaster movies for such a film to eschew spectacle and focus on a personal experience, Seeking a Friend for the End of the World is a little too mawkish and safe to fully take advantage of the opportunity. By far the film’s strongest (and funniest) scene comes near the beginning when Dodge attends a house party where all of the guests are embracing manic, bitter hedonism, desperately pretending that they’re not completely miserable as mainline drugs and sleep around frantically. It’s a bracing, perceptive take on how people might react to the prospect of their short-lived existences suddenly rendered meaningless, and makes the film all the more disappointing when writer/director Lorene Scafaria leaves those more interesting characters behind in favour of a wet blanket and a kook who keeps screwing up her face and going on about vinyl records all the time.

Post-apocalyptic worlds remain attractive to filmmakers and audiences because even though the reality would unbearably grim, they’re fantasies in much the same fashion as stories of the Wild West or Tolkien-esque adventures are. Such stories portray worlds without society, or at least worlds without water bills and commuting and National Insurance numbers. The freedom almost seems worth zombie attacks or mohican-sporting biker gangs. As such, Seeking a Friend for the End of the World is not without its pleasures, but it largely shuns these for a tired road movie plot, filled with life lessons and budget-trimming countryside exteriors. The film at least has the courage to end well, and finds itself as a sweet, funny, completely passable missed opportunity.