Stanley Kubrick’s films are laden with ambiguities and unanswered questions, and his adaptation of Stephen King’s novel The Shining even more so: from spatial impossibilities to rotating carpet patterns, the film provides a wealth of potential readings.

An icy, unsettling film, The Shining received a poor reception upon its release in 1980, disowned by King and unloved by critics (in large part due to the fact that in the preceding fifteen years Kubrick had made A Clockwork Orange, Dr Strangelove and 2001: A Space Odyssey). Now rightfully seen as an equal to those earlier pictures, The Shining is the subject of Rodney Ascher’s engrossing new documentary Room 237, which is composed entirely of interviews with five individuals who became fixated with the film and its possible meaning. 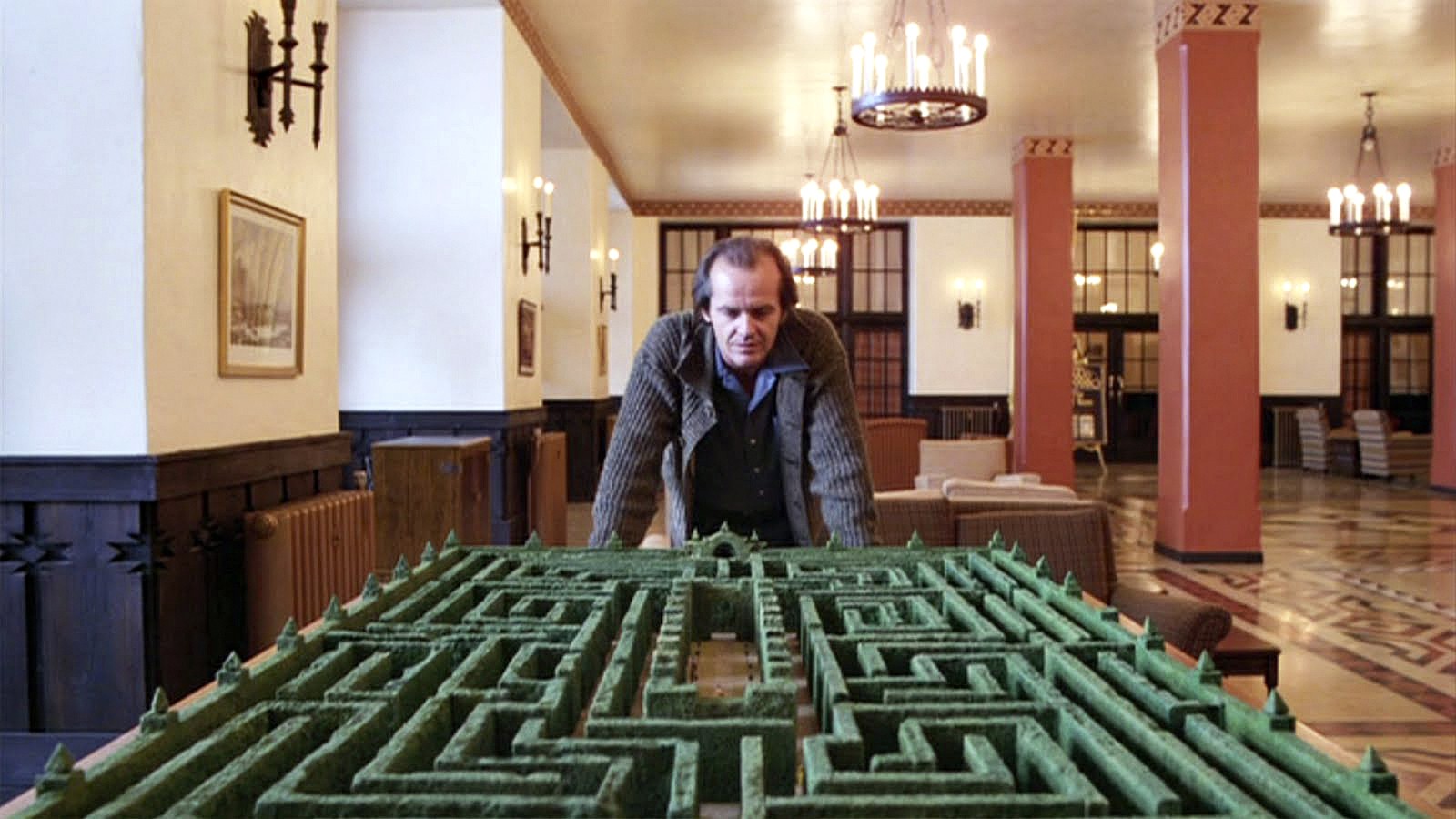 Each interviewee is heard only in voiceover as they lay out their reflections on its subtext: one believes the film is about the Native American genocide, whilst another thinks it’s a statement on the Holocaust, and a third maintains that the film is Kubrick’s confession for faking the Apollo Moon landings. Aside from some stock footage and clips from Kubrick’s other films, the majority of Room 237 is comprised of footage from The Shining itself, and the pleasure in the documentary comes from watching as the interviewees grasp for hidden meaning in background posters, typewriter brands and disappearing props, their observations alternately ingenious and insane. What differentiates Room 237 from an online video essay is the way the interviewees’ opinions are presented, piling up on top of each other and finding evidence for their theories in the same shots and lines of dialogue. As the interviewee’s reflections become more outlandish it becomes difficult to distinguish an astute observation from a far-fetched one, and Room 237 descends into a kind of obsessive madness similar to Jack Torrance’s in The Shining.

The overriding reading of Kubrick’s film is that it’s about the need to break free from the past, whether that past is America’s bloody beginnings or Nazism, and yet the interviewees themselves are unable to heed the message of their own theories. For the most part they seem unaware of the parallel, lost within a maze, consumed by the Overlook Hotel and its many ghosts.