The protagonists of debut films sometimes resemble their creators, but in keeping with Rachel Tunnard’s impassioned advocacy of collaboration, the editor-turned-director states that her lead character Anna in Adult Life Skills is a combination of herself and two of her actors, Jodie Whittaker and Rachael Deering. The inspiration for the film – a sensitive comedy-drama about a bereaved twin living in her mum’s shed – came from a holiday the three friends took together in 2009, where they commiserated over how rarely they saw women like them believably represented on screen. While Rachel herself has never suffered such a loss, at 29 she found herself in a similar morass of late twenties confusion, moving back into her parents’ house “like a bloody teenager.” The experience was one of many to feed into the screenplay: “There’s lots of stuff in there that I’ve taken from different areas of my life,” she explains. “You patch them together until it feels like a cohesive world.” Ahead of its release in cinemas, we spoke to Rachel about making the film.

Do you think Anna would be experiencing the same existential panic if she hadn’t lost her twin? How much is her lack of direction tied to her grief?

I think if you’re somebody who’s creative you can have a little bit of a crisis around the end of your twenties. You might have done an artsy degree and you imagine that you’re going to work in the arts and get an Oscar or whatever, and then suddenly you’re 30 and it hasn’t quite worked out the way you thought it was going to. Your parents are looking at you wondering is this ever really going to work out. Potentially Anna would have had an early mid-life crisis anyway, but I was interested in twin loss because it manifests itself differently to normal grief. It provokes an identity crisis and in my work I like to explore big existential ideas in a really lowbrow way.

Film production notes are usually very staid and formulaic, but the ones for Adult Life Skills are covered in irreverent annotations by you. They have the same handmade quality as Anna’s various projects in the film. Where does that impulse come from?

It’s how I present everything really, mainly because I can’t use Photoshop. I draw stuff and then I take a photo and that’s how I’ve always done it. As an editor you get sent statements by directors and I always find them really dry. But the main reason it came about is because the credits says “A film by Rachel Tunnard” and I completely hate it. All the way through the production I said I didn’t want that credit, and in the end my agent pointed out that it was something her male clients actually ask for. It seemed really arrogant. Even though I’ve done loads of jobs on this it’s a collaboration between so many different people. It’s our film, so I wanted a chance to add the words “and everyone else.” Are small creative endeavours a useful outlet when you’re working on one large project like this film?

I just do all of that stuff without thinking about it. My husband and I write pep talks to each other which are nonsense, and I started doing this thing called Tunnard Tasks, where I made my mum, dad and brother do a task every month, like write a limerick. My parents begrudgingly do them when I ask but it’s really interesting to see what my 68-year-old dad writes in a limerick about our house growing up. I can’t stop it. The film is one part of that continual amalgamation of crap.

Before making Adult Life Skills you directed a short called Emotional Fusebox that you’ve described as being a “pilot” version of the film. How did it come about?

The Adult Life Skills script was getting some attention from the BFI and Creative England but I hadn’t directed anything. They asked if I wanted to direct it and I said no, so they suggested all these other people and I kept saying I don’t know, I don’t know. Somebody told me if I didn’t direct it then I had no right to complain about the fact that there are so few female film-makers, and they were right. But before we received the money to do the film I had to prove I was going to be able to direct it, so I wrote a short film based on the characters. 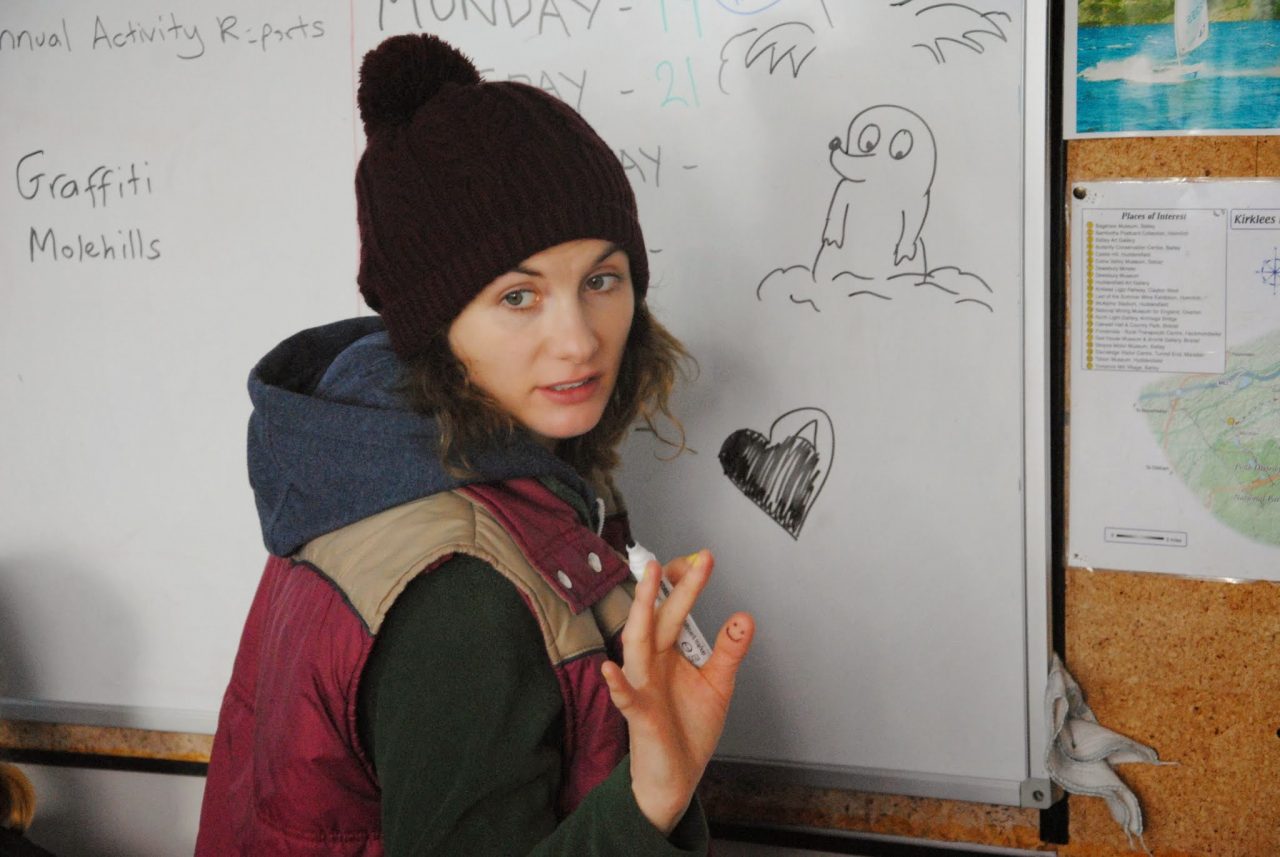 Was it a good exercise?

Absolutely, because I wasn’t 100% sure I wanted to do it. I knew that I liked editing and writing, but I wasn’t sure if I was going to enjoy directing. I’d never considered it before. Rachael Deering who plays Fiona in the film said it was like when we were at uni and used to make projects together, and I saw it a bit like that too. We were just going to make something and it could be shit or it could be alright, but we were going to have a go regardless.

So did you enjoy directing in the end?

Yes! I loved it. I felt very secure with the cast and the crew. I’d worked with a lot of them before and we were careful in trying to put a crew together that would all get on with each other. I was adamant that people had to be positive and friendly and have a good sense of humour, because low budget film-making is like going into battle. It’s tough and you need to be surrounded by people who really care about it and want to do it. When we were making the selections for heads of department there was a pressure to choose the most experienced person we could possibly get, whereas I felt it was much more important to get the one who cared the most.

Did you find that making a low-budget film gave you more creative freedom? Was it important to have that sort of autonomy?

It depends on what you want to do. I’m in a relatively privileged position to have written, directed and edited a film, and what that means is that whether you like it or not it’s got a distinctive style and feel. I’m not particularly interested in taking the big money and having no control – I’d much rather have less money and more creative freedom. But then I’d also really like a massive house with a water slide from my bedroom into a swimming pool.