Paddy Considine doesn’t have the social filters that most people possess. His conversation leaves scorched earth in its wake, with none of the neutered reserve that one usually finds in a high-profile actor giving an interview. When he talks, his body tenses up with energy and frustration. It’s an electrifying, vaguely frightening experience. You feel he might just punch you in the face. A part of you almost wants him to, if only so he can relax a little.

It’s not that Paddy is incapable of being polite, it’s simply that he doesn’t have the time or patience to be anything other than his bracingly honest self. He’s desperate to be correctly understood. His speech repeats itself, trying to hone in on the best way to articulate his thoughts. Understandably this makes him a little wary. Paddy explains, “I have to be mindful when I’m interviewed. It comes over like a moan, like I’m this moaning bastard actor. But somebody’s got to care.” 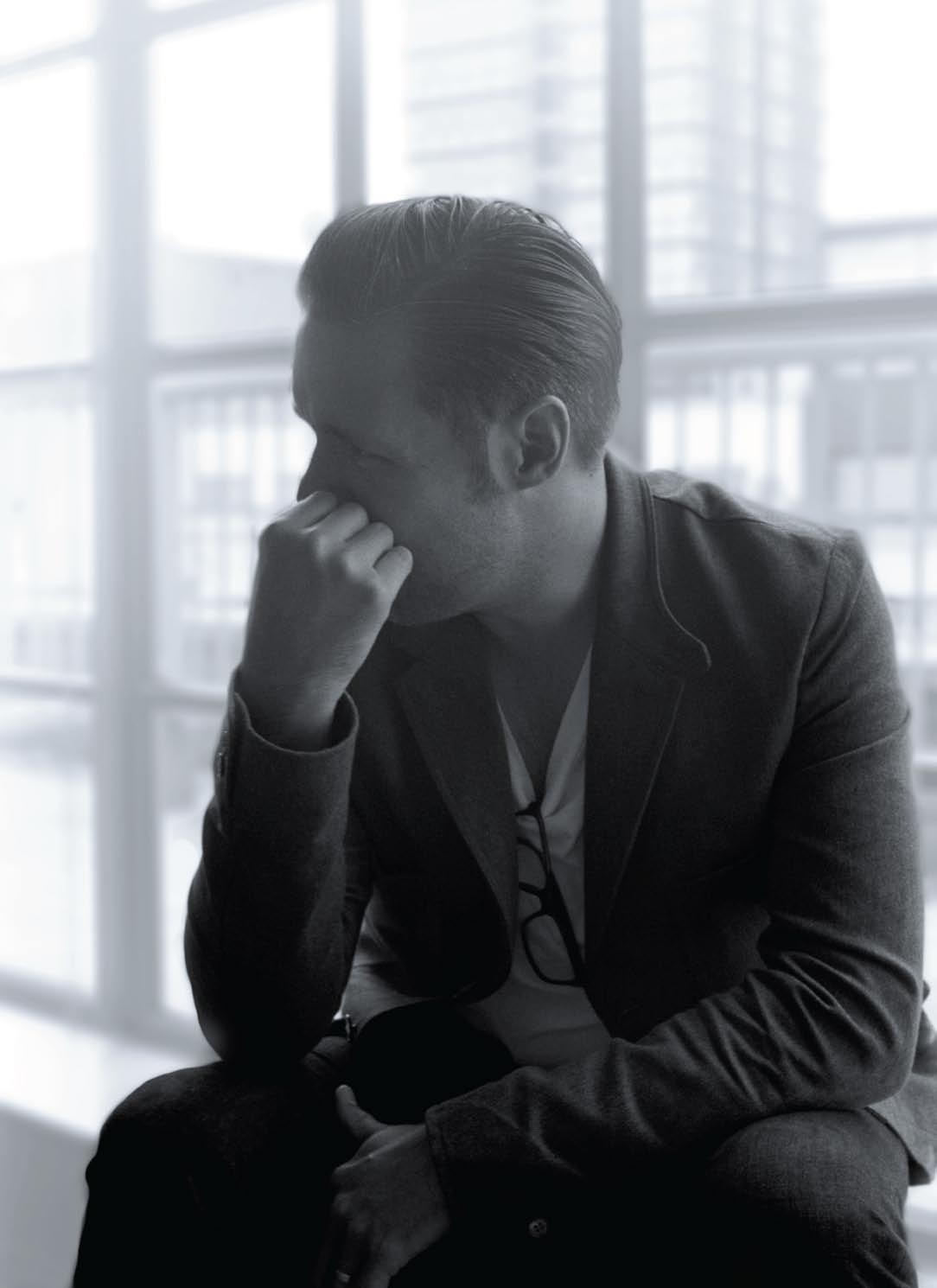 Right from his breakthrough role in A Room for Romeo Brass, Considine’s performances were intense, aggressive and soulful, marked by a brooding intelligence. Paddy disagrees about their quality. “Some people are very good at acting,” he says. “I’m not. I’m not good at it.” This isn’t an attempt to be modest. Considine has appeared in major films, but he chafes at the world of commercial filmmaking, explaining, “It’s such a generic, turgid environment to be in. It doesn’t lend itself to a brilliant creative process. It’s like having a straitjacket on. And that’s all I’m fighting against, it’s the straitjacket.”

The problem is that while Paddy loves acting, he hates how restrictive the filmmaking process can be. He yearns to properly inhabit a role. “I call it ‘drop the glove’ acting. You know, Marlon Brando drops the glove in On The Waterfront, picks it up and starts stroking it. On some film sets, you drop the glove and someone goes, ‘Cut!’ If I’m on a set doing my lines and I forget to say a certain word, I’ve got someone coming up to me with a clipboard telling me off. That’s not making films. That’s not creative. It’s not being in the moment. It’s mechanics.”

Sadly the freedom Paddy seeks doesn’t come as often as he’d like. His working life has been a balancing act, he says. “I don’t have the choices that people think I have. The truth is that two out of three films I’ve made, I’ve done them to make a living or because I’ve no alternative. If you don’t act and say, ‘I’m going to wait for a really great role,’ and then you wait six months, people aren’t going, ‘Where’s Paddy Considine?’ You’re just forgotten.” The result is the feeling that he’s wasted his time. “You want it to be a perfect record, but it isn’t. I can’t live up to it.”

On one particularly bad shoot, matters came to a head and Paddy had finally had enough. “I thought, ‘Something’s got to come from this: I’m so frustrated that I’m either going to destroy this room or I’m going to have to use this somehow.’” He chose the latter, channelling his rage into writing and directing his first short film. “It wasn’t enough to rely on other people’s scripts, or rely on other people full stop. There were a lot of times that I thought, ‘I could do this job better than you, mate.’ I had a story of my own to tell. It was something I was compelled to do. I had no choice.”

The short won a BAFTA, and now Paddy has expanded the story into a heartbreaking first feature, Tyrannosaur. As a film, it is almost unbearably harrowing—it opens with its protagonist kicking a dog to death and goes downhill from there—but it’s also surprisingly gentle and sweet. A film of tremendous power, its greatest strength comes from the stunning performances it showcases. Frustrated by years of working with filmmakers he felt were more interested in costumes and art direction, Paddy focussed on the people who anchor the story. He was committed to protecting his actors from over-zealous production staff. “I’d say, ‘If you drop anything, you do not stop until I say cut. You’re in it. There are no mistakes. Unless something falls on your head, you do not stop.”

It’s when talking about the experience of making the film that aggravation finally loses its hold on Paddy. He looks genuinely happy, and no matter how good an actor he is you almost never want him to do it again. The intensity and passion which makes his acting so remarkable also colours his frustrations, and it’s saddening to watch. In writing and directing, however, Considine has found what truly satisfies him. The change in focus makes him seem like a different person, one more at peace, and less in danger of an aneurysm.

Considering his love-hate relationship with it, will he continue to take acting work? “Yeah, and I’ll continue to moan,” he says, laughing. Paddy feels he’s earned a grumble. “Some people are capable of just acting, of going and doing their job and coming home and running a bath and it’s no big deal. At least I’ve done something about it. I’ve put my money where my mouth is and made a film.”