Noah Taylor is fishing in his coat pocket again. He doesn’t say anything, of course—he’s nothing if not unfailingly polite—but it’s clear that he doesn’t want to be here. Finding what he’s looking for, he pulls out his second cigarette and waits quietly for the next question. While the chill Brighton morning may have something to do with it, Noah acknowledges that he doesn’t relish talking about himself. Perched on a bench near his home, reticence enfolds him, much like the coat that is buttoned up against the wind.

The discomfort Noah is experiencing is similar to the one he struggled with earlier in life. After making his debut as the star of the coming-of age classic The Year My Voice Broke, he appeared as the lead in over a dozen films. Halfway through his 27-year acting career, however, Noah had become exhausted with his profession. “I felt like I needed a break from it, really,” he explains. “I got into acting when I was so young. It quickly became my job, and I’ve always looked at it in those terms: a job, rather than a driving passion. Maybe that’s my problem.” 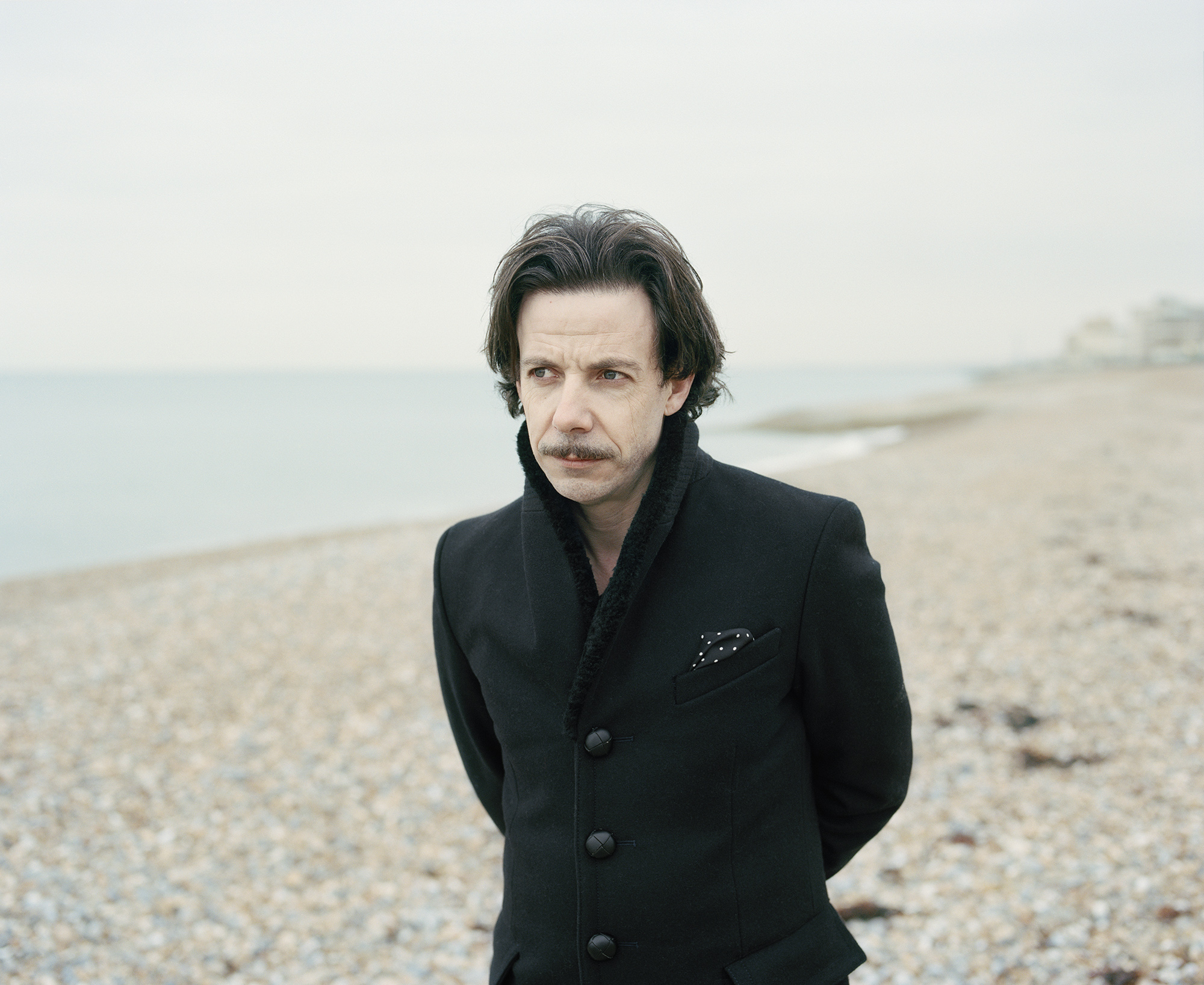 A talented, engaging actor whose off-beat good looks were simultaneously boyish and weary, Noah’s professional doubts coincided with his growing stature, as his frazzled performance in the Oscar-winning Shine led to roles outside his native Australia. Having always been more enamoured with music and art than acting, Noah wanted the opportunity to enjoy his other interests and made a conscious choice to step away from leading roles. “The idea was to do smaller character parts. That way you can work and have a relatively normal life.” He takes a drag of his cigarette. “It was probably not a very smart step.”

Noah has a tell: whenever he’s disappointed by something, a slight, resigned smile breaks out across his face, more amused than regretful. “I’ve never really figured out the mechanics of career,” he says, looking back. “It actually became harder to get work, in a strange sort of way. What you really should do is a larger role every now and again that gives you a bit of leverage in other things.”

His voice sounds like you imagine a shrug might, but he’s being a little hard on himself. Even as he felt the broader effects caused by his decision, Noah was still in demand: flourishing as a character actor, he’s worked with a remarkable list of filmmakers, from Terrence Malick to Wes Anderson. To this day, seeing his name in fourth or fifth position on a movie poster is a watermark of quality.

As if to prove the point, his latest effort, The Double, is one of the strongest films of the year. In his second collaboration with Richard Ayoade after the director’s 2010 debut Submarine, Noah plays the only friend of the film’s lead, Jesse Eisenberg, a shy office drone who discovers he has a more popular doppelganger. Even by Noah’s standards, the role is a small one, but his presence never fails to brighten the film. As exceptional as it is, The Double is much like any project where Noah pops up and disappears again: you miss him when he’s not around.

On the rare occasions in recent years when Noah has been the lead he’s made bold choices, even if some of them didn’t work out. He gives another of his slight, resigned smiles when discussing Max, a problematic film that saw him playing a young, art-obsessed Adolf Hitler.

“Hitler’s very difficult,” Noah says. “He doesn’t have a moustache in the film, but it’s very easy to slip into Charlie Chaplin, and the last thing you want is to make it comedic.” Another pause, another drag of his cigarette. “But it seemed like a challenging thing to do at the time. I don’t know if it was the best idea in the world.”

Acting remains a job, but these days Noah conducts it on his terms. Studiously avoiding a move to America, despite the lift it could have given his career, he instead made a home in Brighton. As a place to live, Brighton is probably the equivalent of choosing character roles over leading ones: more pleasant, less starry. He says the city reminds him of St. Kilda, the seaside town in the suburbs of Melbourne where he grew up. “I think if you grew up near the ocean it’s in your blood to want to be near the sea.”

Ageing has been good for him: his face, which has become leaner and more grizzled, can convey despondency or malice. Where many of his early roles were the earnest protagonists of memoirs, he now plays more varied characters. “I’m actually enjoying acting a lot more than I did when I was young. The roles are more interesting,” he says. “I tend to play more villains. My plan is to mix villainous and comedy roles. That’s a happy, sane balance. Somehow they come from the same sort of place: you can be quite over the top with both.”

Noah is at his most effusive talking about the filmmakers he works with repeatedly, directors like Richard Ayoade and John Hillcoat with whom he’s built a strong partnership. “It’s much more fun to work with the same people. You know where their heads are at. In an ideal world I’d work with three or four people that I like.” Noah says he is willing to do anything for an interesting filmmaker. This approach is epitomised by his presence on a freezing cold bench in the dead of winter, ostensibly to talk about The Double: despite his minor role in the film, he’s enduring something he doesn’t really enjoy in order to do right by a director he believes in.

Striving for his happy balance, Noah now has a recurring part in Game of Thrones as Locke, a deliciously cruel man-hunter who’s overly handy with a machete. “It’s a behemoth, that thing,” he says. “Every set-up would probably be the biggest scene in a modestly-budgeted movie.” Noah enjoys the character of Locke, but compares the production’s rigours to that of playing a competitive sport. “Working on it is fun, but physically exhausting: being beaten up by Irish farmers at four in the morning, in the mud, in the rain. And this goes on for fifteen hours. Acting wears you down a bit.”