Out of the many talented filmmakers currently working there are perhaps only a handful whose aesthetic is both consistent and distinctive enough that their films are instantly recognisable. This consistency extends beyond specific artistic preoccupations and even visual tics; Steven Spielberg may have an obsession with absent fathers and shafts of light, but none of his films look or feel quite the same. From Tim Burton to David Lynch there’s a paucity of directors whose choices in cinematography, scoring and performance are singular to a point that they’ve become more than filmmakers, they’ve become brands. There are worse problems to have than being so aesthetically idiosyncratic that everyone knows what your films look like, but the situation does come with complications. It’s a sad truth that the more distinctive a filmmaker’s style the more likely they are to run that style into the ground. From Zack Snyder’s judicious slow-motion to Tim Burton’s pop gothic Americana (and obsessive use of Johnny Depp wearing lots of make-up and sporting a silly accent), what starts off as different and fresh can quickly congeal into a sad parody of itself, something that is homogeneous in its uniqueness.

Obsessively repeating oneself stylistically and thematically is a criticism that Wes Anderson would be well aware of. Perhaps the most highly distinctive of highly distinctive directors, Anderson’s seven films share a great deal in common, from fastidious production design to British Invasion music (inevitably played as characters walk in slow-motion) to locked-down axial cinematography. His films are populated with precocious children and failed adults and Bill Murray, with characters that isolate themselves in enchanting worlds: underground burrows, aging ships, and sleeper trains threading their way across India. The pictures look and feel so similar to each other that it’s hard to believe he’s capable of making them any other way. Anderson’s latest film, Moonrise Kingdom, is no different. Set on an isolated island off the coast of New England, the film is about a pair of 12-year-old lovers who run away together, drawing the attention of the lonely adults who are meant to look after them. Like the other Wes Anderson films that came before it, Moonrise Kingdom flirts with preciousness with every line reading and musical cue. But while it is undeniably whimsical, to deride it as being fey or twee would somewhat miss the point.

Moonrise Kingdom has the feel of reading an old children’s book but beneath that still and intricate exterior is a sensitive rumination on young love. At one point in the film the runaways, Sam and Suzy (Jared Gilman and Kara Hayward), find shelter on a secluded beach, a place so remote that it’s only known as “Mile 3.25 Tidal Inlet” until they arrive and give it a name. The beach is a world of their own making that exists only for the two of them. As a metaphor for how it feels to fall in love for the first time, it’s as thoughtful and beautiful as the film’s production design, costuming or score. Moonrise Kingdom captures the all-consuming, glorious strangeness of falling in love for the first time, and how it feels unstoppable and absolute. The singularity of Anderson’s work doesn’t just come from mustard yellows and Futura typefaces, but from being celebrations of intelligence and heart (and by being very funny at the same time). Anderson uses his meticulous and artificial style not to distance the viewer but to draw them in: his bright, damaged characters, while impeccably dressed, are typically haunted by neglected relationships and neglected promise, and his films are compassionately optimistic about how they can reverse such decline. They solve their problems by learning to properly value the people in their life, embracing families either actual or created. It’s through this that his films avoid the diminishing returns from which other stylistically distinctive filmmakers inevitably suffer.

In Moonrise Kingdom it is the older, secondary characters that are in need of revelation of a better path, which comes to them from the union of Sam and Suzy. The film is admirable in the way it allows its characters to change their minds – instead of the couple’s quest being continually star-crossed, the strength and purity of their love changes and enriches everyone around them. It’s a story of an idyll: in this film, if not in real life, first love is able to endure, and thrive. 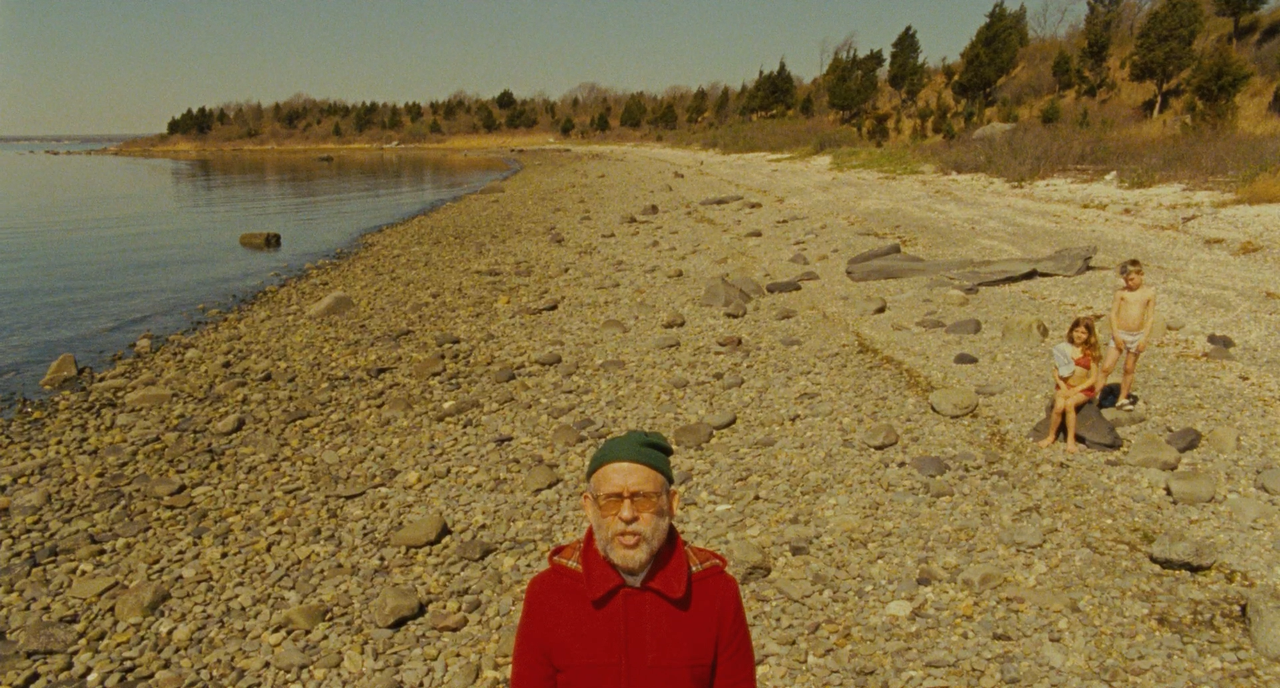