For those lucky to have seen Lucile Hadžihalilović’s directorial debut, Innocence, the past dozen years have felt unjustly long. What seemed in 2004 like the emergence of a strange, exciting new cinematic voice was followed by silence, which has only now been broken with the release of her second feature, Evolution. Giving a satisfactory description of the film is a distinct challenge, one that feels like when you try to convey a dream that slips from your mind just as you grasp for it. There is a nameless, nearly deserted island, a hospital, a ten-year-old boy, his mother, bizarre medical trials, and starfish, all existing within a discrete, hermetically-sealed world. “It’s about a different way—of living, of dying, of reproducing,” the director offers. “Here, the human being is not in the centre.”

Beyond that, you’re on your own, and this can only be a good thing: Evolution’s pleasures lie in its beautiful, horrifying murk. As Lucile explains, however, achieving the freedom to make the film her way was its own struggle. 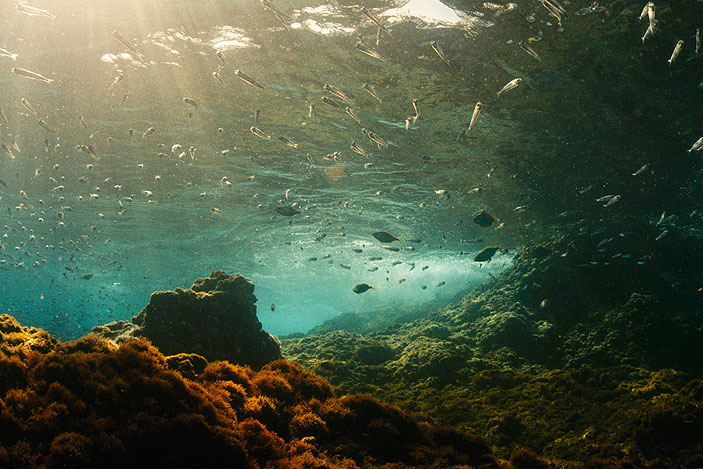 Why was there such a gap between Innocence and Evolution?

I would have never thought it would be so long. Mainly the problem was getting it financed. I’ve been very surprised at the film’s good reactions because when we wrote the script it was so hard to make people understand what it could be. Most of the time they’d say they didn’t get it.

With a film where so much is intentionally unclear, what was it like to get through the funding process, where people wanted answers you didn’t want to give?

It was a big strain because the ambiguity and the mystery are part of the thing. We tried to make it more understandable and a bit more obvious, to give vague answers so they could get it, even if we took them out afterwards. But making it more explicit was also a dangerous process—sometimes when you explain something you break it.

My initial questions after watching Evolution were about the meaning of certain things, but I concluded that I didn’t actually need to know your explanations. What do you think is the value of ambiguity in cinema?

I think that people can understand this film even if they don’t understand, let’s say, the story itself. The story for me is a superficial thing. It’s not the important element. When I watch a film as an audience member, I like to have to get involved in it and make it mine, to find my own way to understand it. I’m not saying that a film should be an empty space that you have to fill, but it’s about being a bit more active. You keep it longer in your head. For instance, I don’t understand everything in David Lynch’s Eraserhead and—at the same time—I believe I understand what it’s about. It’s stayed with me because there are mysteries and places where I can work. Evolution and Innocence feel like they’re in conversation with each other—both deal with the idea of pre-pubescent children being groomed for something potentially sinister. What do you like about returning to the same themes?

It’s not intentional. I have one project I want to make at the moment, which is my own story, but it also has many elements that are very linked to this film. And there’s also a book I’d like to adapt. It’s interesting because it’s like being outside of yourself, but that choice is probably because there are things in the book that resonate with me too. Even if you try to go some other way, I guess it’s hard to escape from yourself.

Over your career you’ve tackled many production roles from editing to writing. How is film-making different when you’re the director?

When it’s my own film, it’s really difficult because it’s as if I have my whole house on my shoulders. Each decision is like cutting a hand. When it’s other people’s projects, I feel more freedom. It’s sometimes more playful as I don’t feel as involved. I do it very seriously, but it’s not my life. I get a lot of ideas; it gives me oxygen. I enjoy working for other people because it’s a chance to take a holiday from my own head.