A bawdy, relentlessly funny film with strong female leads, The Heat often calls to mind Bridesmaids, with which it shares not only its co-star (Melissa McCarthy) and director (Paul Feig), but a similar go-for-broke comedic style. The first film from screenwriter Katie Dippold (previously a writer and co-producer for superlative U.S. sitcom Parks and Recreation), The Heat eschews weddings for an affectionate riff on the 80s buddy cop movies that she grew up loving. Taking a break from working on the screenplay to its sequel, Katie chatted with us about the making of the film.

Apparently the word ‘Fuck’ is said in The Heat over 170 times. Is that something you feel strangely proud of?

I do, actually. I know some people would say that bad language cheapens things, but I just feel strongly that Melissa McCarthy’s character would swear all the time. So there are probably about 90 fucks in the script, and then Melissa added a bunch more and then Paul added even more on top of that. It was a real fuck spiral.

Did you have Melissa McCarthy in mind from the start?

I tried very hard not to get my heart set on anyone in particular when I was writing it because you just never know how it’s going to go – for all I knew they could have cast two men. But there were scenes I would write where Melissa would pop in my mind and I knew she’d be hilarious in them, because in Bridesmaids she was the funniest thing ever. I got very lucky that Melissa and Sandra Bullock wanted to do it. They’d wanted to make something together anyway so the timing was really fortunate.

The film was turned around very quickly, in about 20 months. What was that like?

Everything happened so fast that I didn’t get that much time to be excited about it, with rewrites and pre-production. The script was sold in late March, I sat down to meet with Paul Feig in late April, in May I was meeting with the actresses and getting their notes, we were in pre-production in early June and then we started shooting in July. It was crazy. It was the hardest I’ve ever worked in my life. 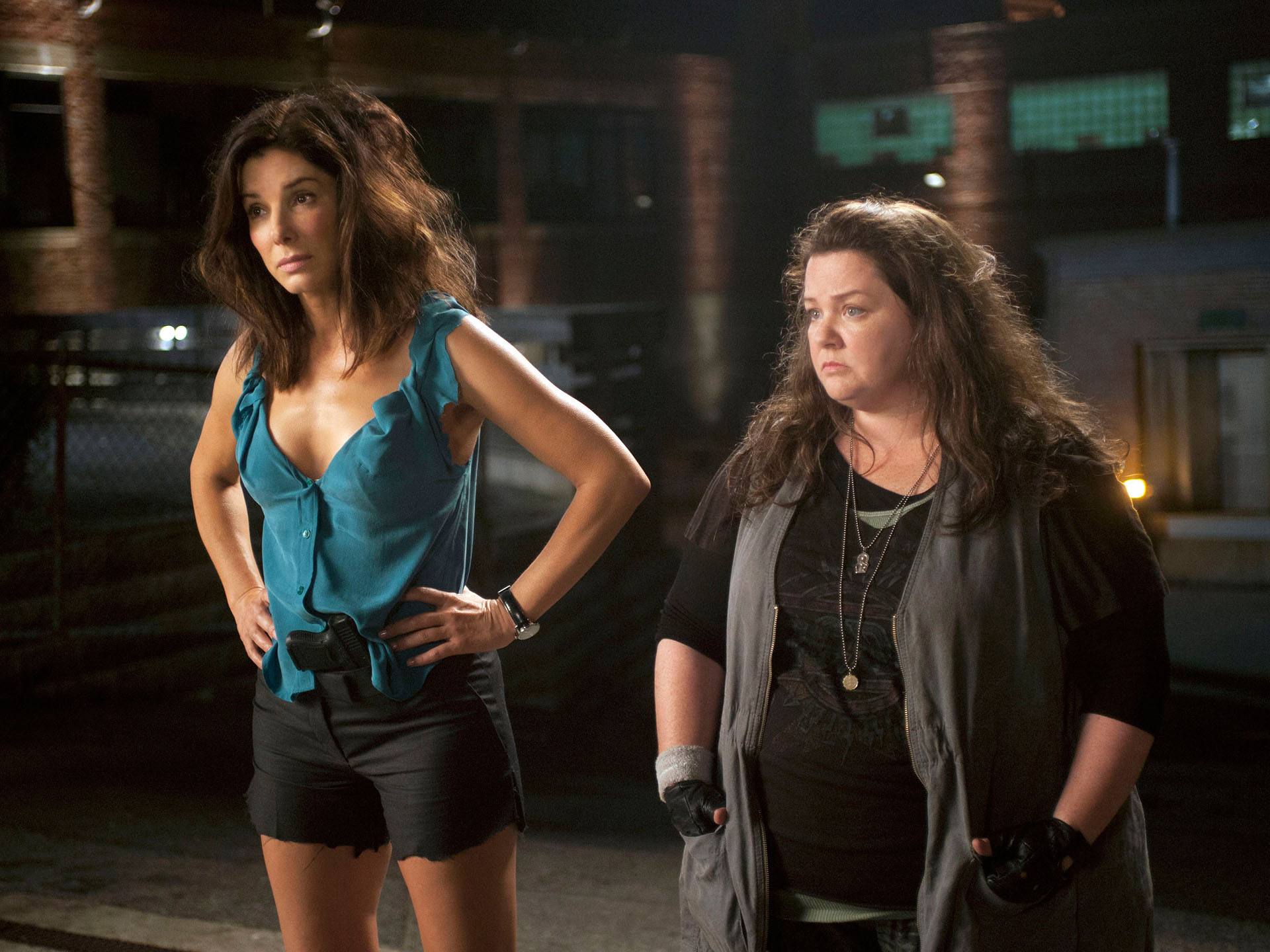 Did you write it while working on Parks and Recreation?

I would work on the film at night and on weekends. It was hard because we were in the middle of shooting episodes so it was probably our busiest time. But I was writing it on spec, so my big fear was that I’d be halfway through and then see on a website that someone else was doing a female buddy cop movie. The more I’d work on it the more it motivated me to finish, because I didn’t want all that effort to be done for nothing.

Was it challenging to go from a writers’ room to doing something where it’s just you?

It’s different – with Parks and Rec you’re in this room full of hilarious people, and when you’re off on a script for a movie you’re kind of isolated, so it was a definitely a big transition.

I missed sitting there and hearing a bunch of funny people talk. It was always my dream to be in a writers’ room; when I first got to Parks and Rec I was blown away that there were all these writers from my favourite shows, like The Simpsons and Kids in the Hall, so it was really fun to be around a room of people spitting out jokes. It was a blast. Luckily when we were in production and doing the rewrites I at least had Paul Feig to talk to, who’s just incredibly smart and funny.

It’s so rare to see an action comedy starring two women. Were you very aware of that when you were writing it?

Definitely. That was sort of the whole thing, because I always loved buddy cop movies when I was young – they were so funny and badass and the cops would take down a drug lord but there’d be great banter back and forth. I always wanted to do that. I didn’t want to just date them, I wanted to do that job, you know? I actually wanted to be in the FBI growing up. This was wish fulfillment for me. So I wrote it thinking that other females would hopefully feel the same way. What’s most refreshing is how hyper competent the characters are and how focused they are on their jobs – romance doesn’t even really come in to the film.

And then with the romance stuff, it just feels like so many movies are about the woman finding a husband, or will she get this boyfriend, and she’s talking to her friends about this guy and they’re giving advice. That’s all well and good and I hope for everyone to have a romantic interest in life, but I just wanted it to not be the focus for a woman for this one thing.

Growing up, so much emphasis for girls is about getting a boyfriend. There are so many movies about male camaraderie and male bonding and there are not as many for females, especially big comedies. I just felt like it would be good for young females if there were more movies that explored camaraderie and that kind of friendship.

If girls grow up thinking that they have to get a husband or boyfriend because that’s the only thing that apparently matters when they watch movies, I think they’re just going to be competitive and meaner to each other. 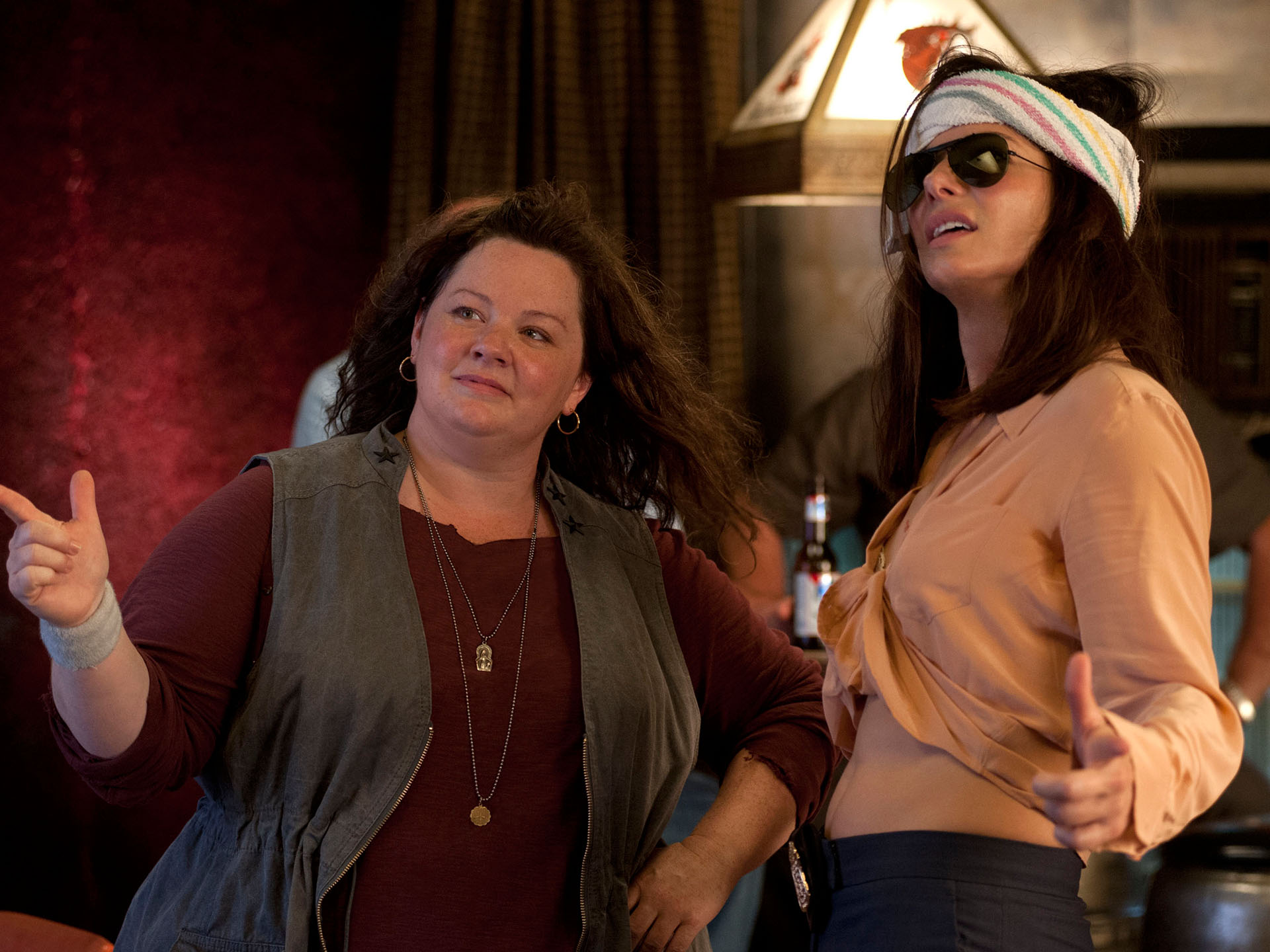 Finally, is it true that you wrote and starred in a one woman murder mystery?

Yes! It was ridiculous. I basically wrote the most impossible, physically taxing show in the world. Every time I would do it I would be so exhausted and want to die throughout – just lay down on stage and die. But I feel like part of the fun was seeing me struggle. I’m really not good at doing characters either. It’s hard for me to get my voice to alter from my natural state, so of course I wrote a show where there were six different characters accusing each other of murder. One would accuse someone and then I’d take the costume off on stage, quickly run over to a chair and put on a different costume and say “How dare you!” There was a lot of stuff like: one character would throw a drink in another character’s face and then I’d run back and throw a drink in my own face.