It was 2004 and Joe Cornish’s roof needed fixing. “This weird thing happened. The Adam and Joe Show got cancelled and then there was something that we didn’t really expect, which is that all the executives at the TV channels just suddenly swapped. Everyone from Channel 4 went to the BBC and loads of people from the BBC went to Channel 4. We didn’t know what was happening. And suddenly they just weren’t interested in us at all. I remember the new head of Channel 4 saying, ‘Look, Joe, whatever you get offered, just take it.’ He was trying to stop us from insisting on doing our own thing. He wanted us to get involved in panel shows and stuff like that. So I remember thinking, ‘Maybe he’s right, maybe we should have a go at that kind of thing.’”

Cornish was offered the role of team captain on a new game show called HeadJam, presented by Vernon Kay. “It was a lot of money for two days. I remember vividly thinking, ‘Ah, I need to get a new roof. That’s that solved.’” He took the money, and if you missed the show at the time, it’s exactly as you imagine it would be. 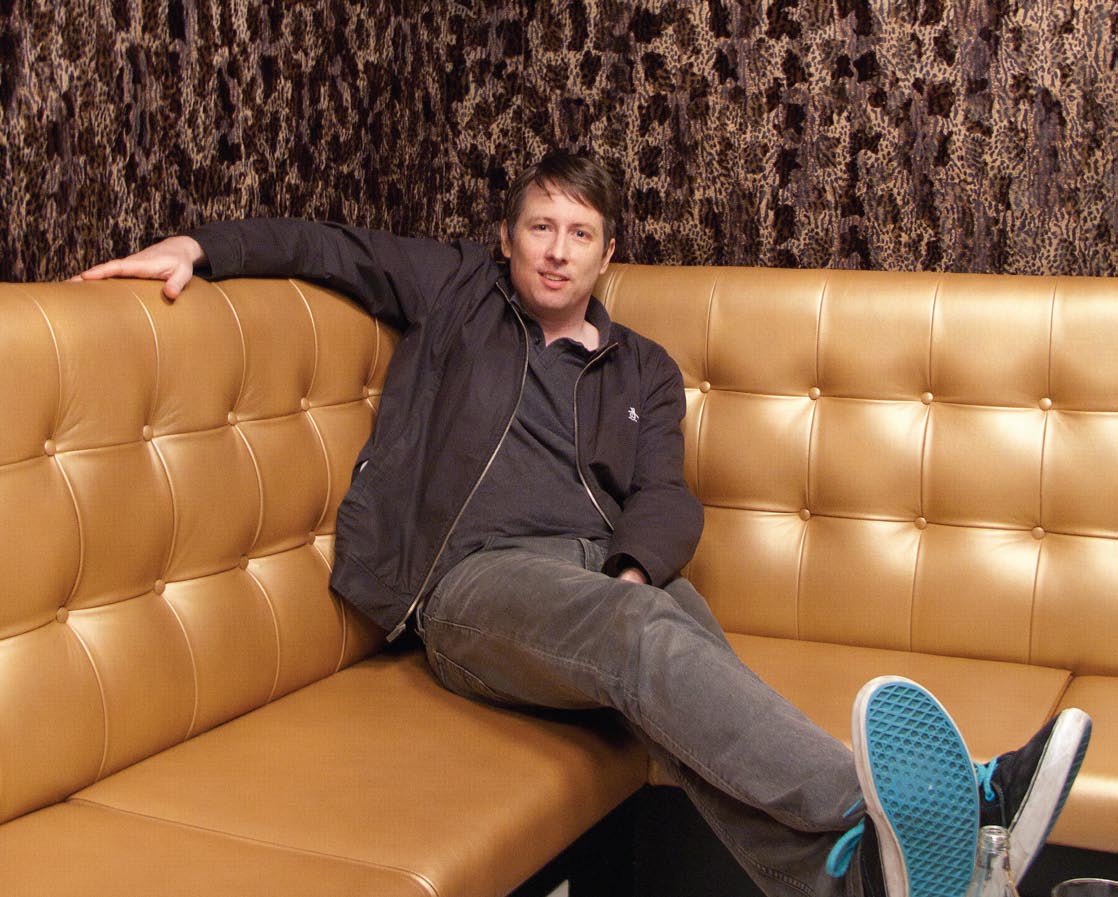 Today, Cornish’s first film, Attack the Block, is being released in cinemas amid a raft of positive reviews. He still works with Adam Buxton, finding themselves at home in a popular 6 Music slot on Saturday mornings. Also, as a lifelong fan of Tintin, he’s co-written the screenplay for a film version with Edgar Wright and Steven Moffat that’s been produced by Peter Jackson and directed by Steven Spielberg. It’s a long way from slumming it with Vernon Kay. Where did it all go so right?

Perhaps a more telling question is, why did it take so long for it all to go so right? Cornish had always wanted to be a director. “When I was a kid, I’d love making up movies. I would draw the posters. I’d write the title and come up with a tagline and the cover art and do a credit block. When I was a teenager the wall of my bedroom was papered with these made-up films.”

He met Adam Buxton as 13-year-olds at Westminster School, where they shared this love of filmmaking. “We made some pretty appalling Super 8 epics. I directed them and he would star in them.”

Joe went off to study film at Bournemouth University, and after that the pair reunited for their little-seen, much-loved late-night programme the Adam and Joe Show, where they assimilated their love of movies and pop culture into inventive parodies. Films were remade with stuffed toys, TV shows were spoofed with Star Wars figurines, and overly-serious arts programming was poked fun of by having Adam interview people like Pat Sharp and Handy Andy about their craft. They did anything they wanted, in other words. “We were amazingly lucky. We were, what, 25 or 26, and to get our own half-hour on Channel 4 was incredible. We were definitely spoiled.” The show reflected that, dizzy on its own potential.

The pair didn’t realise quite how lucky they were. Then the Adam and Joe Show was cancelled and for years they bounced from place to place, unsure of how to bring their cult success to a wider audience while staying independent. They kept facing the same problems. “It’s not something they teach you at film school. The ground is always shifting. Just when you think you’ve found your safe harbour, the flipping harbourmaster will change and they’ll pull down the pier.” Eventually they found their niche in radio, taking over Ricky Gervais’ XFM show and eventually moving to 6 Music, quickly becoming one of the fledgling station’s biggest draws.

Despite success, Cornish couldn’t help but think about filmmaking. Friends with Edgar Wright, Simon Pegg and Nick Frost, he cameoed in Shaun of the Dead. It must have been hard to watch his friends suddenly hit so big. It wasn’t long before it affected him, though. “One of the nice things about getting older is that people who are your age rise up around you.” Steven Spielberg and Peter Jackson were developing a Tintin film with Stephen Moffat, who worked on the script until he left to run Doctor Who. “They needed to find someone to take over from him and do the last few passes. So Peter Jackson called Edgar Wright, and Edgar Wright called me.” After dreaming of filmmaking since childhood, it became as easy as that. “The thing for me was just the work. I absolutely love Tintin so I wanted to do it right. I wanted to please them and make it good and do good work.”

It’s that work ethic that led Cornish from the perils of the “professional funny person” circuit. As well as Tintin, he and Edgar Wright are adapting the comic book Ant Man for Universal. And then, of course, there’s Attack the Block. “When I was growing up I used to love low-budget, high-concept movies. You know: movies where directors are a bit too ambitious and they don’t quite have enough money, so they get over obstacles by being inventive and clever practically.” Ambitious is certainly the word. “We made a low budget film with eleven young actors who had never really been in front of the camera before, with creatures, with stunts, with chases, with explosions, with special effects, all shot at night. We definitely wanted to try and bite off more than we could chew.”

This desire to strive beyond himself is what defines Cornish. “On Attack the Block it was all day, every day for at least 18 months. Properly all day every day—weekends, Christmas, I couldn’t go to my brother’s wedding. And the quality of the film is directly, unambiguously related to the amount of time you spend on it. You could go and have a drink instead of editing, but if you stay editing for another two hours it will be better. When the equation is that simple, of quality to time put in, there’s not much of an excuse to slack off.”

The hard work has paid off. Funny, scary and thrilling, it’s surprising just how fantastic the film is, a sci-fi horror comedy that also happens to be a sensitive and insightful portrayal of contemporary poor urban Britain. It’s like the Wire meets Predator 2.

After a long run of non-stop work, Cornish has returned to his 6 Music show with Adam, but other than that, the future is open. “I’ve got an idea of the thing I want to do next, but I’m completely open in terms of any other writing assignments or DIY work or children’s party entertaining.” It must be odd to be at something of a loose end. “It feels a little bit exciting, a little bit scary, and a tiny bit boring. Like life.”