Fascinating for being both a contractual battlefield and an underutilised tool for conveying meaning, credits have evolved over cinema’s history as much as any other element. You can roughly date most films by how they depict their production credits: when the title appears on screen, whether the bulk of the credits appear before or after the feature, the language used, the level of crew members credited, or even how many times the actors are listed. As the credits of this week’s new release The Duke of Burgundy are as meticulous as the rest of the sublime erotic drama, we’ve taken a look at some of film’s most intriguing individual credits. 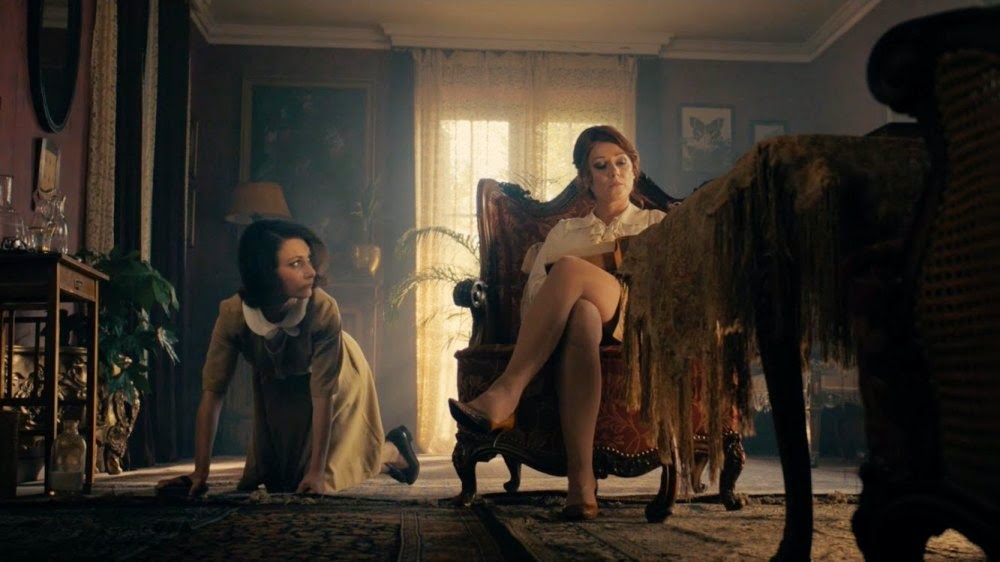 You know you’re in for something special when a film takes the time to credit a perfume. Among the usual bits of business, The Duke of Burgundy‘s opening credits list “Dress and lingerie by Andrea Flesch” and “Perfume by Je Suis Gizella”. Writer-director Peter Strickland explained his reasoning in a recent interview: “Credits are not just functional, informational space – you can play with them to create mood, and perfume makes you think this is a heady, sensual, decadent world”. An avowed cinematic magpie, for The Duke of Burgundy Strickland was influenced by European sexploitation films, but drew inspiration for the perfume idea from an unlikely source: the Audrey Hepburn-starring Paris When It Sizzles, which credits “Miss Hepburn’s Wardrobe and Perfume – Hubert de Givenchy”. “Nobody’s seen that film so I thought I could get away with it,” he admitted. 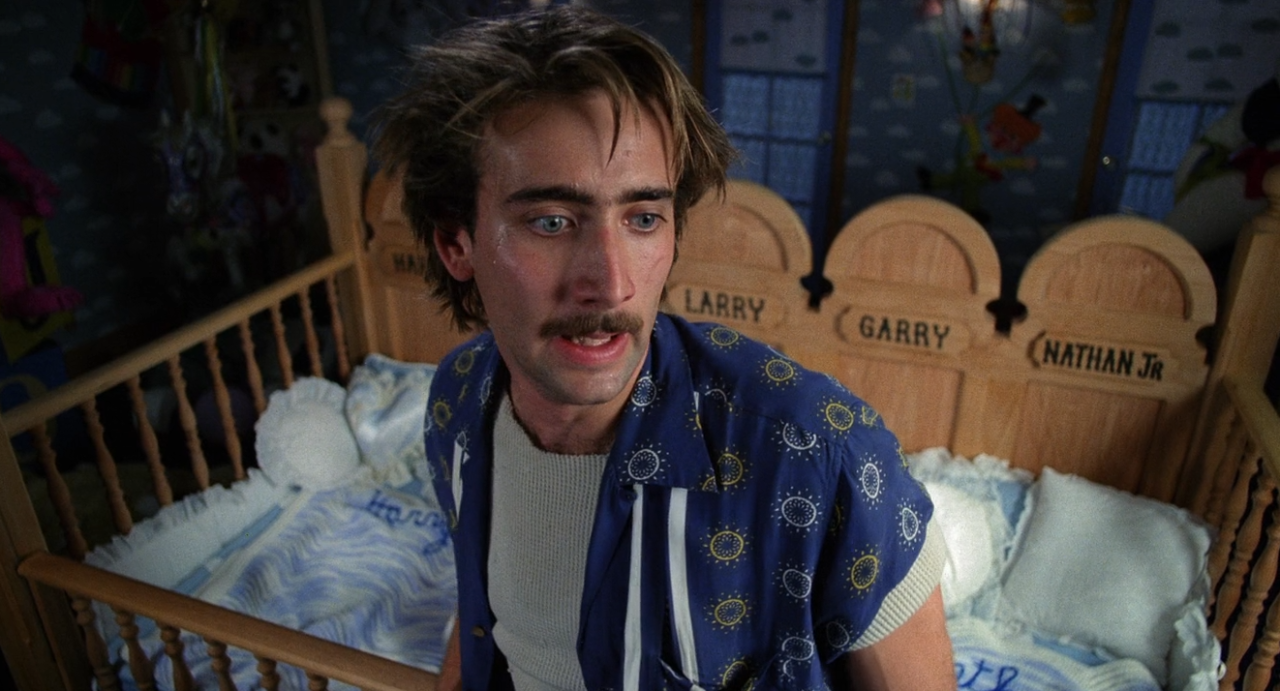 Filmed on location in Valley of the Sun, Arizona, a great place to raise your kids

Given the plot of Raising Arizona, a more accurate location credit might say that the Valley of the Sun is “a great place to raise someone else’s kid, whom you’ve abducted in cahoots with a rarely-better Nicolas Cage.” Even so, the cheery note at the end of the Coens brothers’ classic stands in stark contrast to the ornery alternatives: the 1974 version of The Taking of Pelham One Two Three irritably mentions that the film was “Made without any help whatsoever from the New York Transit Authority”, while Scream grumbles “No thanks whatsoever to the Santa Rosa City School District Governing Board”, a credit included when the board reneged on an agreement for Wes Craven to shoot the film at Santa Rosa High School just days before filming. 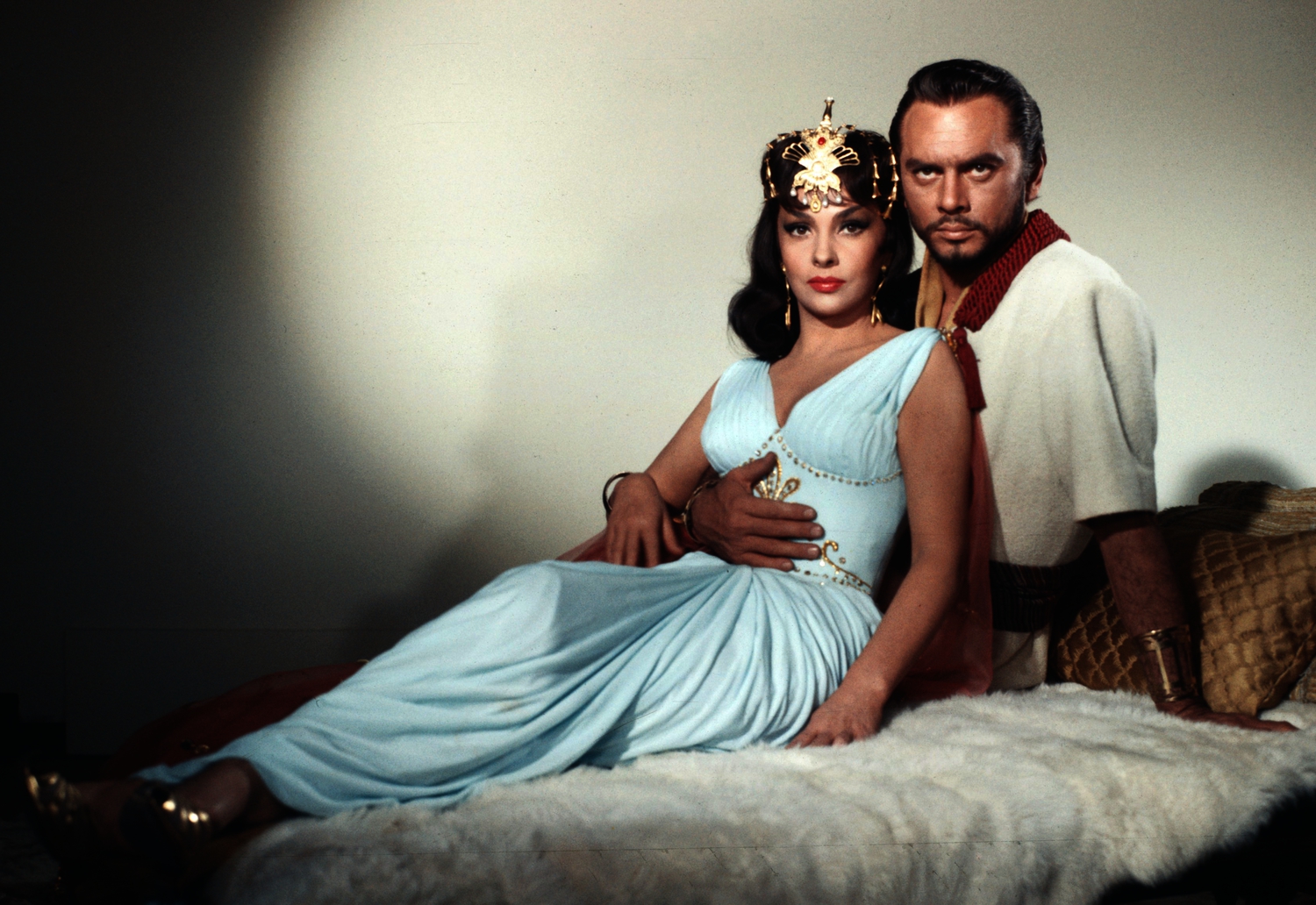 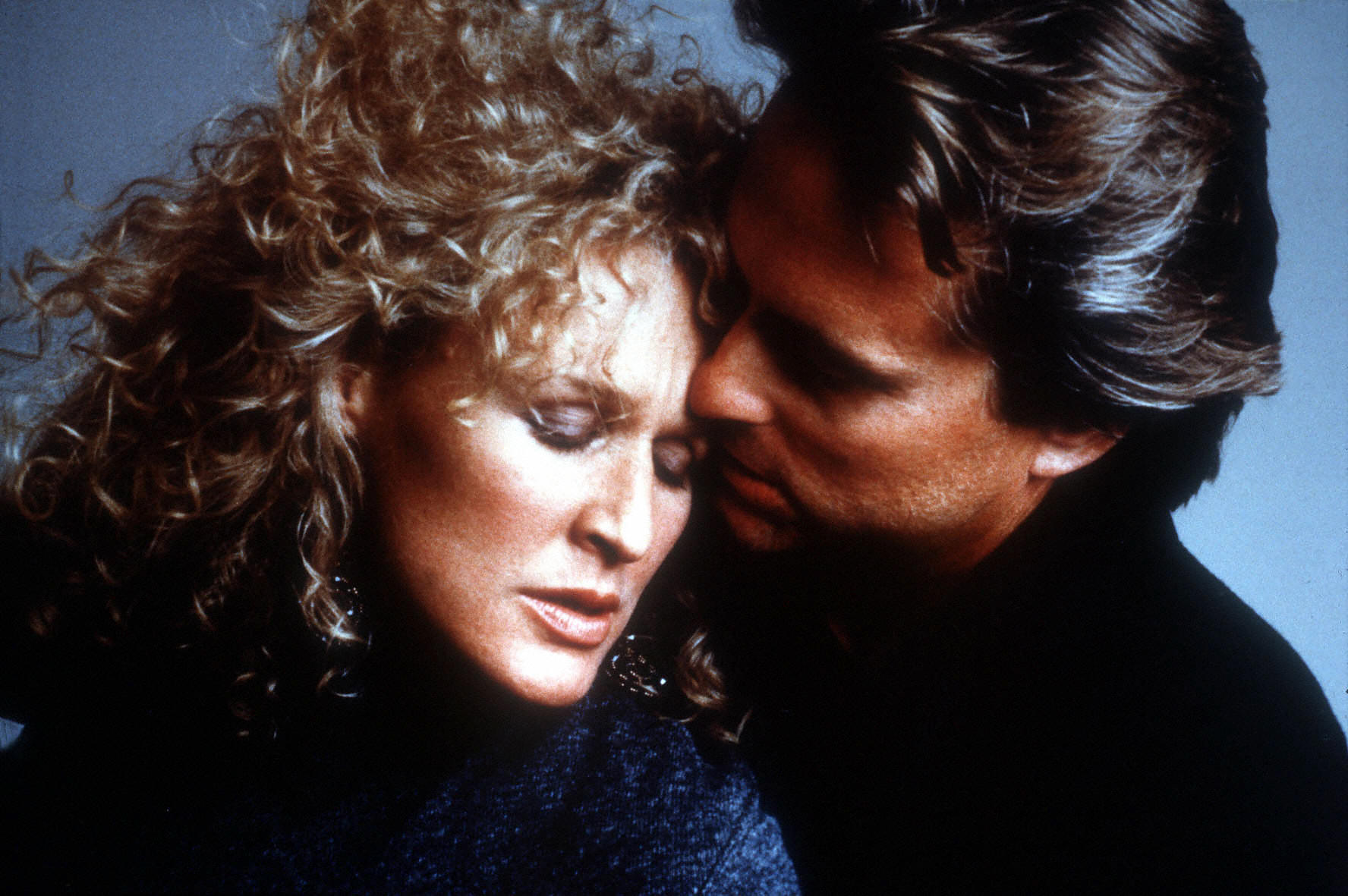 Screenplay by James Dearden from his earlier original screenplay

James Dearden’s screenwriting credit on Fatal Attraction appears confusing at first glance, but the explanation is fairly simple: the film was adapted from his short film Diversion, hence the reference to his earlier screenplay. While the abiding legacy of Fatal Attraction is gifting the phrase “bunny boiler” to frothing tabloid editors everywhere, it’s disappointing that the film didn’t spark an escalating, beautifully deranged trend where every previous writing effort is listed within a credit, encompassing earlier drafts, unrelated screenplays, assorted terrible ideas jotted down by the screenwriter when drunk, an email about hiring a carpet steamer, recipes copied out of cookbooks and punctuated with floury thumbprints, a tweet that no-one favourited, erotic Twilight fanfiction that somehow became a bestselling novel and blockbuster movie, failed attempts at creating a new signature, an insincere goodbye message for a co-worker whose name was unknown until someone passed the greeting card, incorrect pub quiz answers and miniature golf scoring pads. There’s a rich tradition of joke end credits in cinema, from the Beatles’ underrated Help! being dedicated to the inventor of the sewing machine to Troma Entertainment hiring out space for personal ads. The pinnacle of fake credits is surely the work of filmmaking trio Zucker, Abrahams and Zucker, whose throw-everything-at-the-screen-and-see-what’s-funny spoofs were designed for scattershot whimsy: Airplane! credits Charles Dickens for writing A Tale of Two Cities, Hot Shots! offers a recipe for nobby buns, Hot Shots! Part Deux spoils the end of The Crying Game, The Naked Gun offers advice on surviving a tornado (“southwest corner of basement”) and lists the divorce attorney of producer Robert Weiss, and The Naked Gun 2 ½ finally explains what a grip does. It’s the oldest cliché in the movie business. Every year thousands of tender footed young men and women get off buses in Hollywood, with stars in their eyes and dreams of making it big in animal husbandry. Traditionally wranglers take care of animals on movie sets, but there are numerous wranglers with odder jobs than making sure the horses are facing the right way. Wim Van Thillo is credited as a “bathtub wrangler” on Ghostbusters II, while the makers of Look Who’s Talking Too hired effects artist Blair Clark as “sperm wrangler”. Perhaps the most notable niche wrangler of all is Raymond A. Mendez, whose career has included turns as “roach wrangler” on Creepshow, “bee wrangler” on Signs of Life and “moth wrangler and stylist” on The Silence of the Lambs. If you’re making a film and need several hundred ants, cockroaches or well-groomed moths, Mendez is the entomologist to call. If you don’t call he might just show up anyway, towing along a colony of mole-rats. 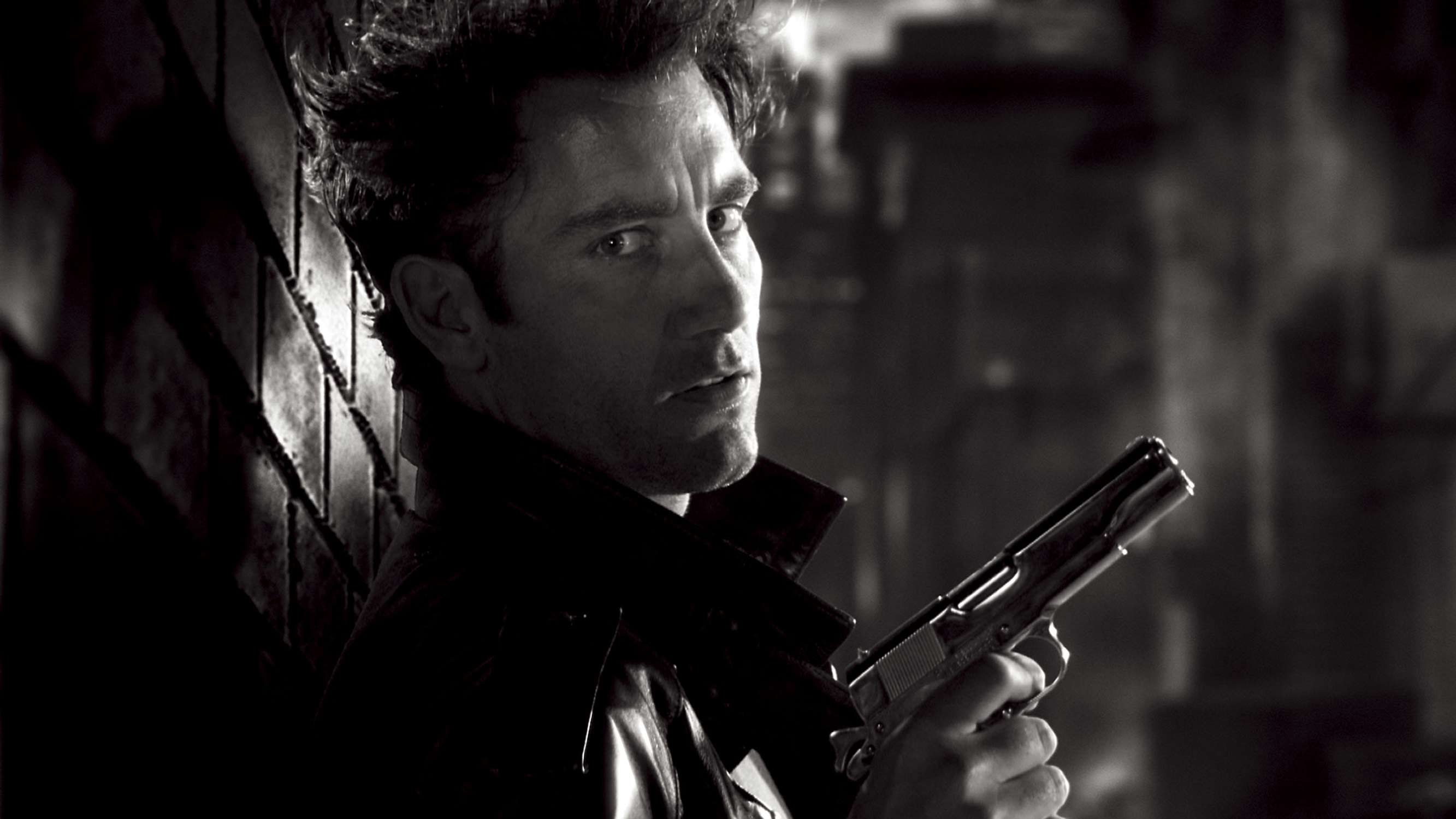 Shot and cut by Robert Rodriguez

It would be unsurprising to discover that Robert Rodriguez has been secretly starring in his own films for years and that Antonio Banderas is just an elaborate feat of special effects. Rodriguez goes above and beyond in his multitasking, often working simultaneously as director, producer, writer, cinematographer, production designer, sound editor, composer, steadicam operator, sandwich-maker and anything else that needs doing. While a strong argument could be made that he’s spreading himself too thin, such dedication is undeniably admirable. Along with abbreviated credits – Once Upon a Time in Mexico is listed as being “Shot, Chopped, and Scored by Robert Rodriguez”, the film-maker is willing to share credit too, unsuccessfully petitioning the Directors Guild of America to acknowledge Frank Miller as the co-director of Sin City. The DGA refused, and so Rodriguez quit the guild. Since then he has presumably started his own directors guild and is acting as the chairman, secretary and treasurer. 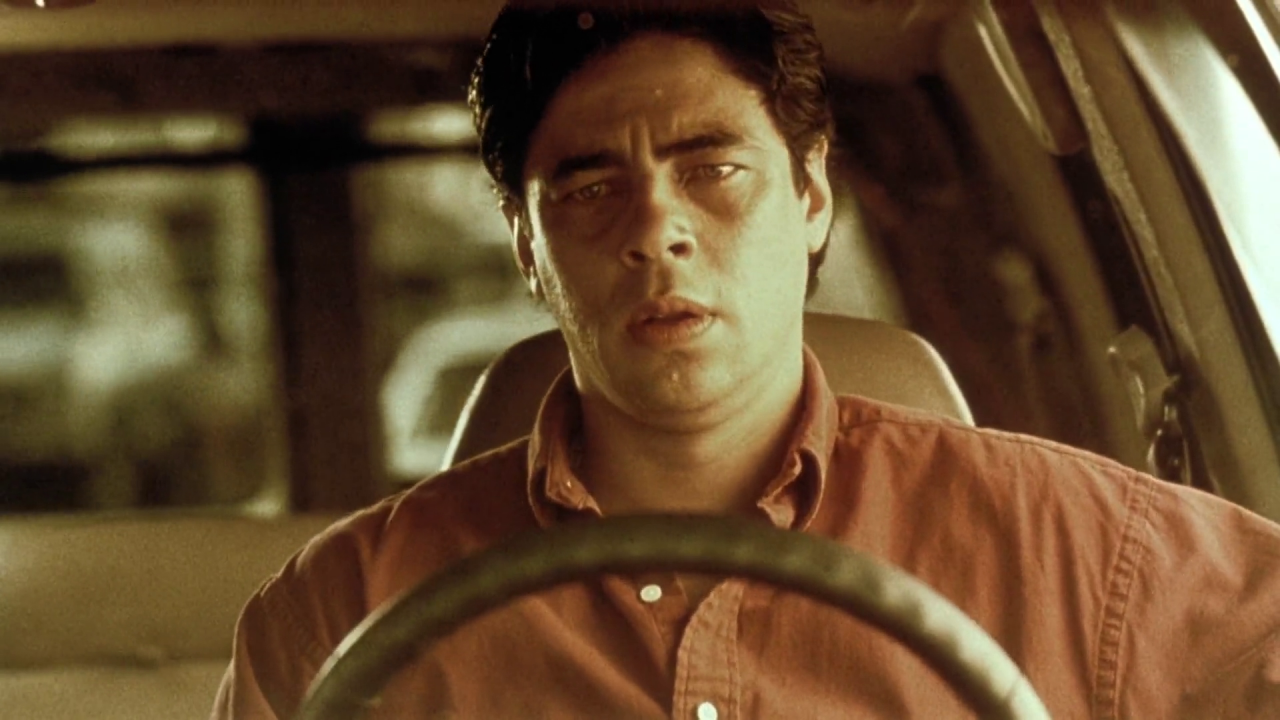 One of the finest cinematographers in contemporary American filmmaking doesn’t actually exist. Steven Soderbergh invented the pseudonym Peter Andrews after the Writers Guild of America wouldn’t let him use the credit “Directed and Photographed by Steven Soderbergh” for Traffic (their rules state that the next person credited after the director must be the writer.) “Peter Andrews” has subsequently been the director of photography on all of his films and television work. In terms of talented imaginary film personnel, Andrews is a peer of “elderly and unhappy” Roderick Jaynes, who edits the Coen brothers’ films and also doesn’t exist. We’re pretty sure that Kingsman: The Secret Service director Matthew Vaughn isn’t real either, but perhaps that’s just wishful thinking. 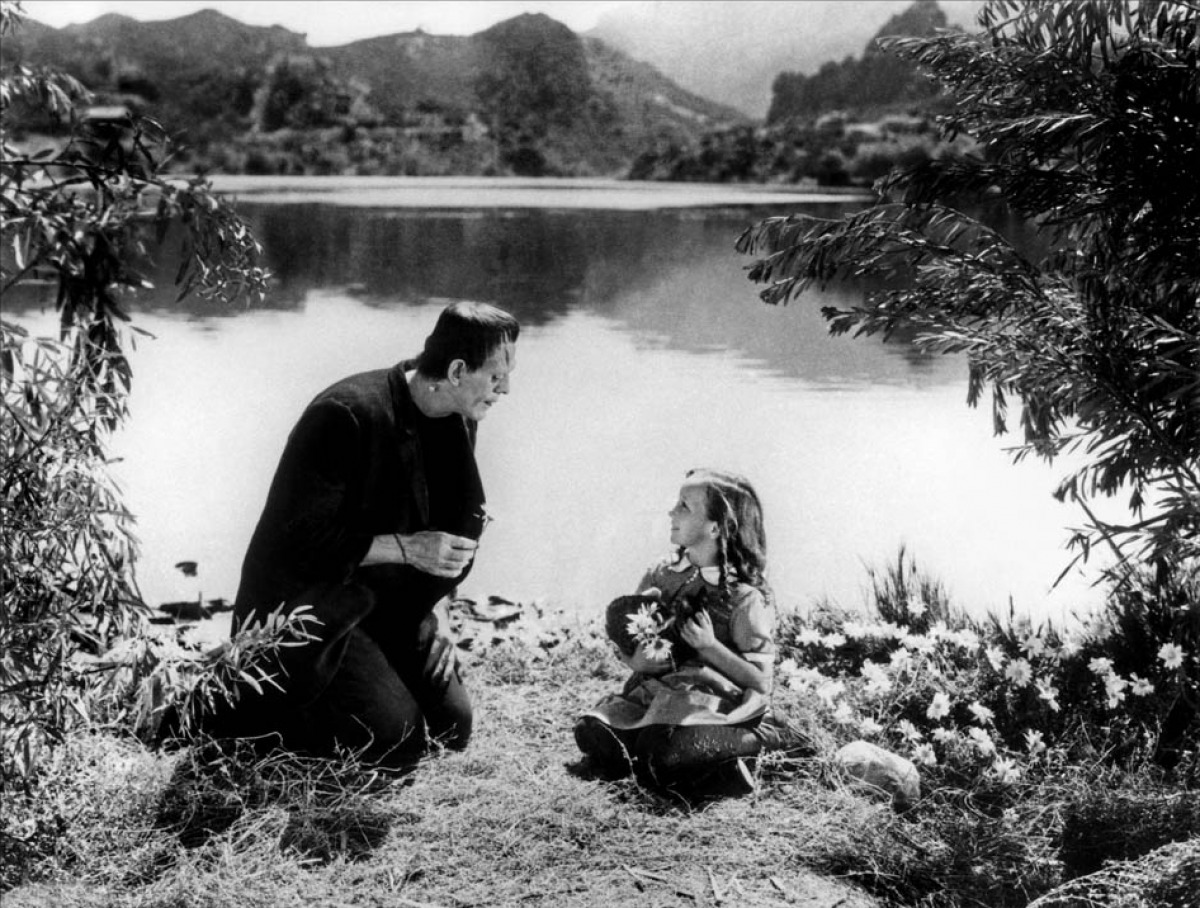 There aren’t enough question marks in modern cinema. The eroteme has a long history in gimmick-driven credits, from movies finishing with “The End?” to the first appearance of Bond villain Blofeld being credited to “?” in From Russia with Love. The best known example comes from James Whale’sFrankenstein, where the Monster was also credited as “?”. Following this idea through to its glorious conclusion, it suggests that the filmmakers honestly didn’t know who played the Monster, and some undead creature just stumbled onto the set one day. Unamused by this was the actor in question, Boris Karloff, who became a worldwide star as a result of the film. Perhaps in reaction to his early snubbing, most of his later credits just read “KARLOFF”. Unfortunately he wasn’t the only person to fall afoul of Frankenstein‘s credits: Mary Shelley is credited as “Mrs Percy B. Shelley” in a snide implication that the novel was written by her husband rather than her. Not cool, 1931, not cool. 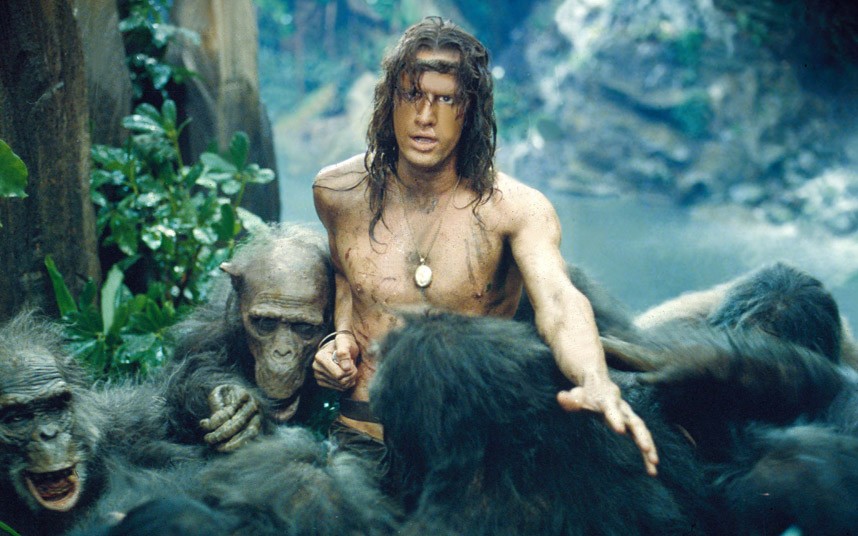 Chinatown screenwriter Robert Towne’s second film as writer-director was supposed to be Greystoke: The Legend of Tarzan, Lord of the Apes, but he was kicked off the project after after his directorial debut Personal Best flopped. In an understandable huff, he demanded that his writing credit be taken off too, and replaced with that of P.H. Vazak, his Hungarian sheepdog. In a delightful turn of events, the film was subsequently nominated for an Oscar for Best Adapted Screenplay, making P.H. Vazak the only canine to have ever been nominated for an Oscar for writing a major motion picture. Sadly, much like the screenwriting duo of Matt Damon and Ben Affleck, the dog was a one-hit-wonder and never wrote again. Of all the many questions that this incident raises, the most pressing is perhaps this: what kind of name for a dog is P.H. Vazak?