It seems fitting that talking to Hirokazu Kore-eda closely resembles the experience of watching his films. The august Japanese director and his work share the same quiet, gentle, contemplative qualities: our conversation was filled with long pauses as he carefully weighed his thoughts. There is something respectful in the act, which finds its match in his films’ humanism.

Kore-eda’s latest, Our Little Sister, is no exception. A drama about three house-sharing sisters who invite their teenage half-sister to move in after their father’s death, it delicately explores the inner lives of its characters and the complications and joys of sisterly relationships. Ahead of its release, we spoke to the director about making the film. Our Little Sister is based on Akimi Yoshida’s manga Umimachi Diary. What about the story made you want to turn it into a film?

I’m a fan of Akimi Yoshida so I’ve read all of her work, not with the intention of adapting any of it at all. I normally write original scripts so it’s rare for me to adapt other people’s work. It’s not something I look for, but as I read this particular one I knew that it would make a great film and that other people would be trying to make it too. I really wanted to do it myself, which doesn’t happen often so I trusted it.

The film’s key dramatic action is the death of the estranged father, which takes place before the story even begins. Your work often look at the aftermath of a big event rather than at the event itself. What interests you about that approach?

You’re right that I’m attracted to the aftermath of events. I wonder why. It’s quite difficult to explain. Portraying people left behind and how they deal with that is interesting to me. I started as a documentary film-maker, and when I was 28 the first documentary I made was about a man who committed suicide. There was a big scandal in Japan about factory poisoning causing Minamata disease. He’d worked in the ministry of the environment, felt responsible and killed himself. The documentary was shot, of course, after his death, so while it was about him it was more about how his wife coped. That was my first proper film and I wrote a nonfiction book about it too, so maybe that’s how I became drawn to aftermath as an idea. Sadness and new hopes are always together. I’m moved by the duality of life, that losses come with gains too. 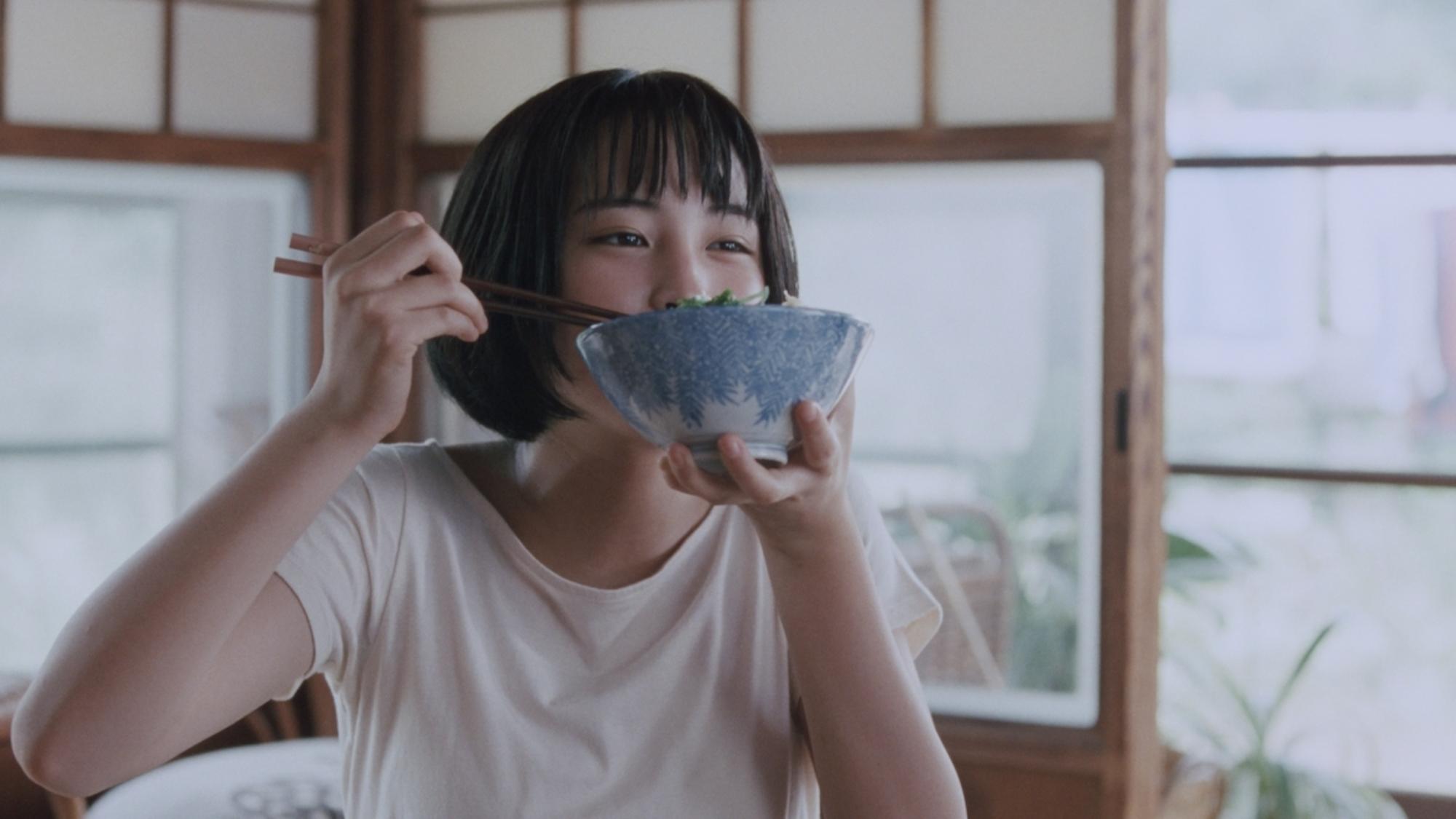 What I like most about your work is that it’s deeply humane. All of the characters in Our Little Sister naturally show kindness towards each other in both big and small ways. Why is the kindness between people important for you to depict?

“Why?” questions are the very hardest for me to answer. I was attracted to how the characters accept each other. The sisters are able to accept their late father’s weaknesses, and the younger sister who felt guilty about her existence eventually accepts that it’s okay for her to be alive. Kindness is reflected in acceptance. In Japanese society, maybe that is something that’s disappearing. Everybody just wants to fight each other. I want to show that it’s possible to accept others and therefore to be kind.

The film depends on the audience believing the relationship between the four sisters. How did you work with the actresses to make it feel authentic?

It’s a combination of a few factors. We shot over a ten-month period to capture the different seasons and in between the girls did a lot of things together, they went to see movies or went for meals. They bonded quite well away from the filming. What also contributed is that I interviewed a lot of real sisters about their relationships and incorporated the research into my depiction. What came out of those interviews was that, certainly in Japan, a lot of the quarrels between sisters were about clothes – who borrowed what and who’s wearing what.

At this point you’ve been making fiction films for twenty years. Do you think what you’re fundamentally interested in is the same or has it changed at all over that time? Are the things that excited you about film-making in 1995 the same things that excite you now?

I think it has evolved through the years. It’s not the same as it was originally. From a viewer’s point of view I can’t quite say how my work has changed, however. It may or may not be related to the way that cinema has changed over that period too. To bring in a baseball analogy, though: if you’re a young pitcher you’d just throw straight with speed, but as you get older, two decades later you might start to throw curveballs. The sheer power can’t continue over twenty years. So now I may try to do different tricks and throw some curveballs. That’s an analogy, but it reflects what’s changed within me. The more I make films the more confused I get, but it gets more fun, too.