Among the reasons that many debut film-makers are drawn to coming-of-age stories is that adolescence is a defining, universal experience, the heightened emotions of which make it naturally suited to drama. In addition, such narratives provide the opportunity to create a work that is fiercely personal without necessarily being autobiographical. The danger, however, is that the path is already well-trodden

With that in mind, what distinguishes writer-director Guy Myhill’s first feature The Goob from other entries in this overfamiliar category is its strong sense of place. Shot with a mix of professional and non-professional actors in rural Norfolk, the film depicts a region that is both dreary and dreamy: a deprived fenland made up of lonely transport cafés, transient farm work and amateur stock car races. Although his subject is the wiry, guileless 16-year-old Goob (Liam Walpole), Guy is equally interested in Goob’s fraught mother (Sienna Guillory) and her bullying beet-farming boyfriend Gene Womack (Sean Harris). The film becomes a study of the three characters and their inevitable reckoning: as Goob is exposed to positive external influences he is brought into direct conflict with Womack, who represents everything he wants to leave behind. Ahead of its release we spoke to Guy about making the film. 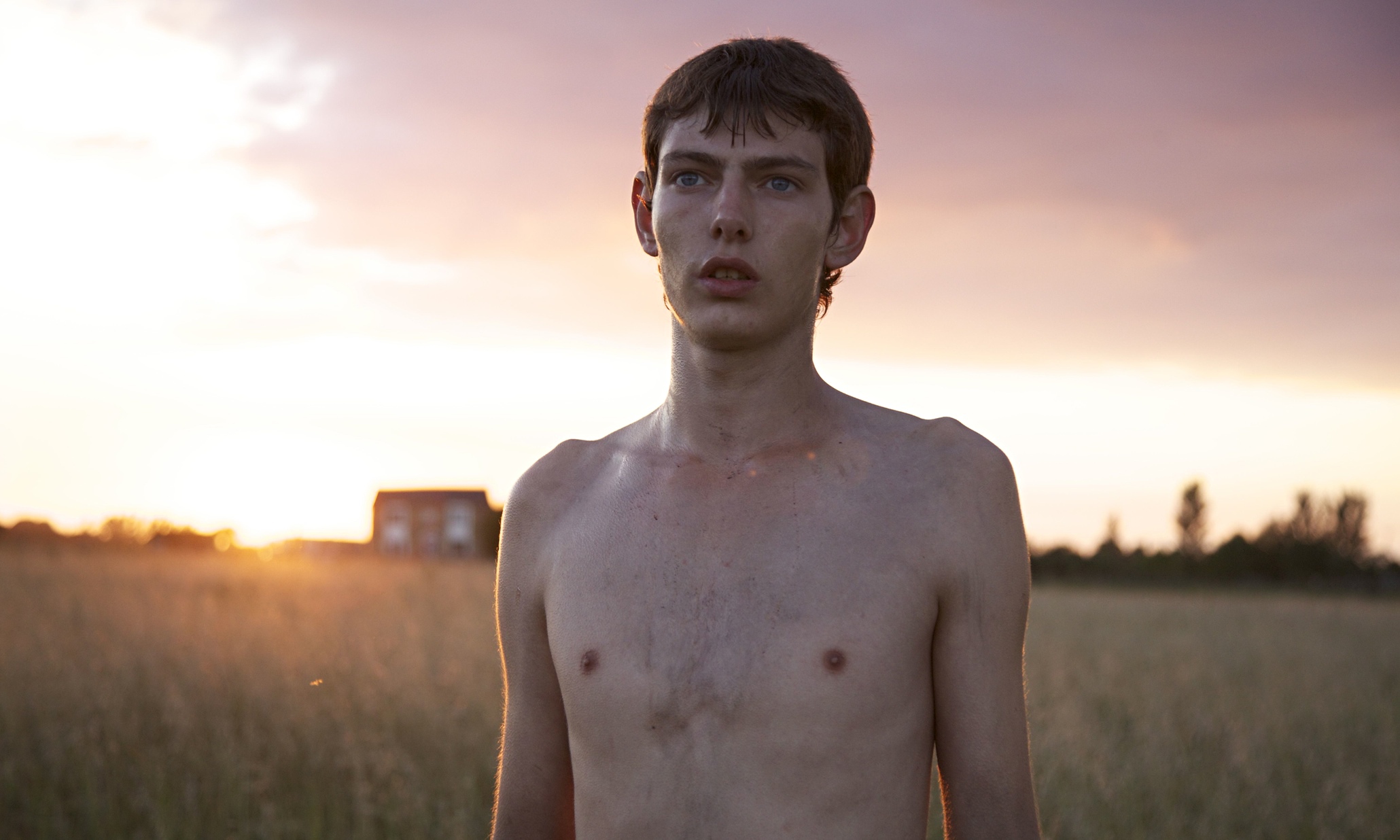 You’ve been working in the industry for a long time. Why did you choose this story for your first feature?

The starting point was a documentary I did on the stock car scene in Norfolk. There’s something about that world that I really like: these old men and their cars, going around and around and around, stuck. I was also aware of  migrant workers in the area. I know their habits and some people who work in that business. I felt there was a spectacle to be had from both of those different set-ups and then it was really a question of marrying into that some kind of drama.

Contemporary Norfolk is an area that is rarely depicted on screen. Was that part of the appeal of setting the film there?

Definitely. The project came through a film initiative called iFeatures who funded it with the BBC and the BFI, and they were looking for specific regional stories. This particular story seemed to chime with that. I don’t think there’s anywhere in the UK that looks like Norfolk. It’s really unique. There’s this flatness you don’t see anywhere else. It’s like filming the sea; you don’t really have to try. It’s just there, all consuming, all powerful. I liked the idea of setting an intimate drama against this huge great backdrop. I think it’s a land full of secrets. It’s got a lawless quality.

What are the biggest challenges of making a film on a relatively low budget?

Time is the priceless commodity. We shot it in about 24 days so everybody at the end was absolutely shattered, because there were days and nights going on too. It was the little things: a car battery would go down, so you’re in the middle of bloody nowhere waiting for a replacement, but that can take two hours. I guess you can’t control what you can’t control, though.

Liam Walpole who plays Goob was street cast. What had you been looking for when casting him?

Liam’s got this strange quality, and his movements are quite gangly. He looks like he’s part David Bowie in The Man Who Fell to Earth, part Mr Spock. He doesn’t entirely belong. He’s a very different man to Sean Harris, or to the actor who plays his brother who is much more of a macho sort of lad. Liam offered us this otherworldliness which is what I wanted. When we found him it was just brilliant.

While Goob is Liam’s first role, actors like Sean Harris and Sienna Guillory are well established in the field. Did you work with them differently as a director?

What was great about Sean and Sienna is that they knew I wanted to bring in people like Liam who had never performed before. They appreciated the authenticity we were bringing in – the Norfolk dialect is very hard to pull off if you’re not from there. What I got from both of them wasn’t just generosity of time but incredible support in working with people who hadn’t done anything like this before. What it generated was a real sense of togetherness. Sienna came up a week before we were due to shoot and we spent time with Liam, not doing scenes from the story exactly but improvising, trying to foster a bond.

The relationship between Goob’s mother and Womack is on the verge of being abusive. How did you envision Sienna’s character felt about the situation?

It’s hard for her. Is she trapped? Yes she is. I think she’d been single too long. None of this backstory we wanted to share directly. We wanted to be quite impressionistic with it but I think it’s a common experience in the sense that a lot of women or men with children who haven’t been in a relationship for a while will often neglect their kids for the sake of a new partner. In Sienna’s case, Mum, in my mind she’d been single for a long time, desperate to hang on to this bloke who’s not a good fit, who puts her kids’ lives in jeopardy but will ignore it for this need of a partner.

Do you think Womack is a bad man or an unhappy one?

Both. He’s trying to do the best he can but he’s coming from a bad place. Early in the film he humiliates a character when he could have killed him, so he’s holding back. He’s got that handbrake on. He’s not a good man but he’s trying. There’s an attempt to be a father figure but he can’t pull it off properly, and things spin out of control. I don’t think he is happy. He’s unfulfilled. There’s a scene when he’s outside the caff and he’s at the roadside and these cars are moving backwards and forwards. He turns and sees Goob by a window looking out, and I think it dawns on him that Goob is going to have a different life to his, which is one of repetition. He knows he’s stuck. 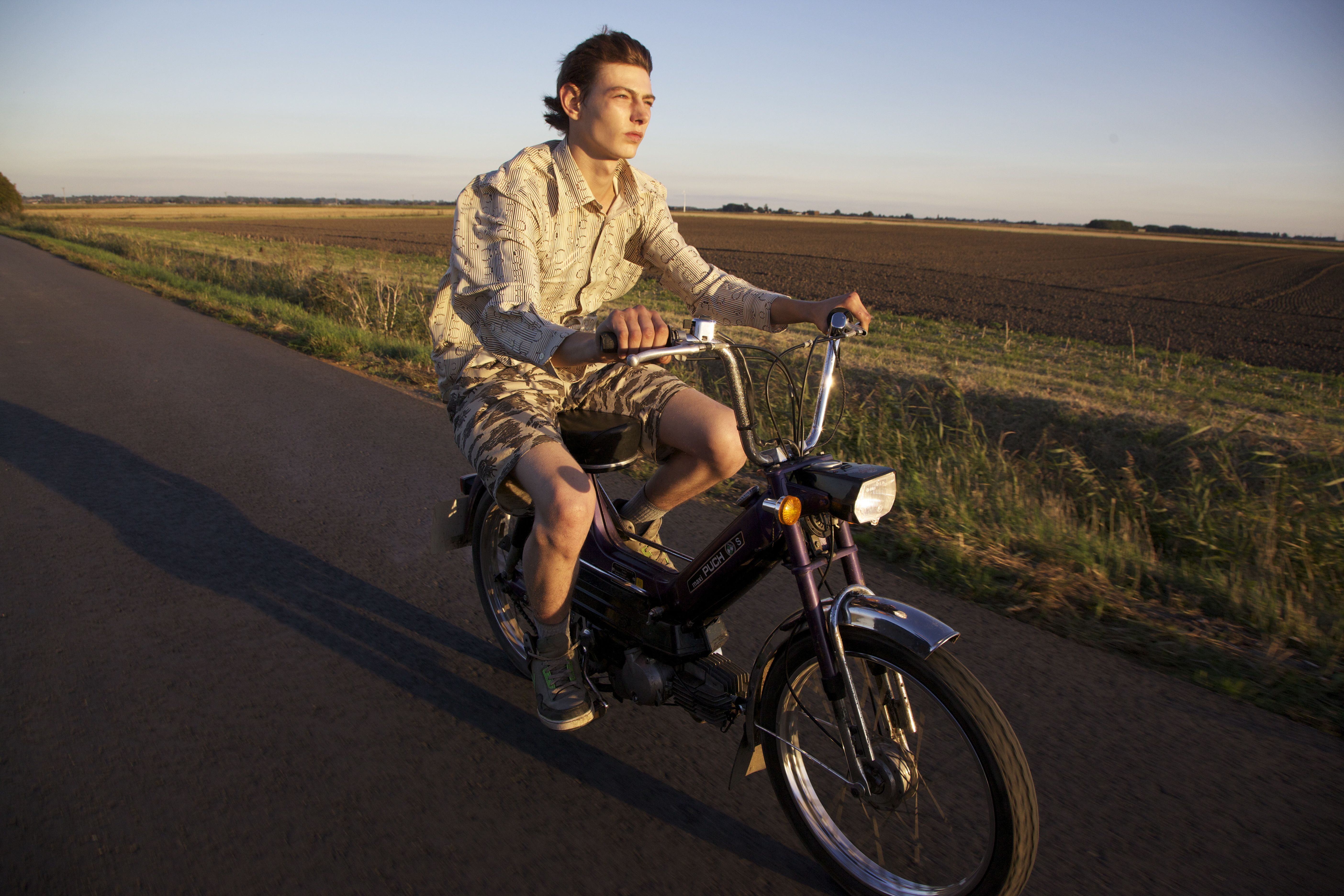