For the past three decades Guy Maddin has operated on the farthest reaches of cinema, employing the film-making techniques of silent and early films in service of creating intoxicating, blissfully confusing works. The late Roger Ebert, as he often did, summed Guy up perfectly: ‘You have never seen a film like this before, unless you have seen other films by Guy Maddin.’

Guy’s latest work, The Forbidden Room, is his most ambitious to date: growing out of an online project to recreate lost films, it is a compendium of stories that travels deeper and deeper within itself.

A strange, sexy and comic sensorial assault, The Forbidden Room is almost certainly the only film ever to feature the dream of a murdered man’s moustache, or a story told by a character’s deceased ex-boyfriend who has transformed into a blackened banana. Ahead of its release today, we spoke to Guy about raising the dead. 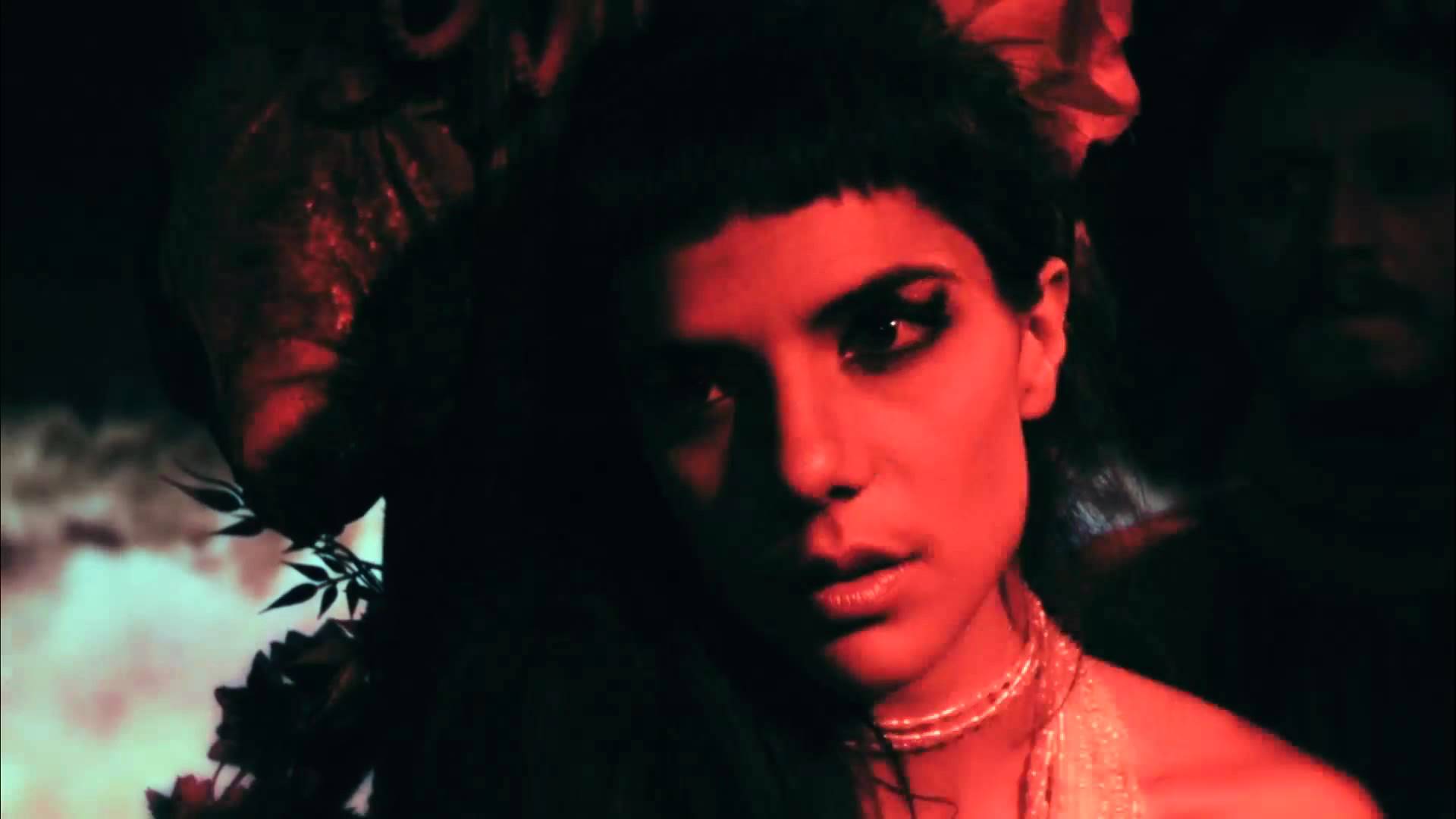 What was the genesis of The Forbidden Room?

Back in late 2010 I had started this internet interactive project called Seances, without any notion that The Forbidden Room might ever exist. The plan was to shoot in public my own adaptations of about 100 lost movies or lost movie fragments, and I’d lined up a few museums where I’d do this. It would be financed through Telefilm Canada, this fantastically generous state-run film funding body, but it involved them bending their rules to go beyond their maximum allowable grants for new media projects. It was essentially as costly as a film, and after 36 days’ worth of shooting Telefilm became uncomfortable and told me the only way we could continue is if I produced a feature film too. In April next year I’ll break everything up into little bits and upload them into the Seances interactive, but meanwhile we figured out a way of fitting together all the pieces in a way that made some sense to me.

It might not make immediate sense to viewers though, who may feel they’re being presented with a welter, or being tossed into a storm of narrative after two hours of which they’re washed up on a shore having barely survived drowning, but that’s how it came about. There was a practical, bureaucratic ordaining of the feature. I think it might be the only case in peacetime where a film has been ordered into existence by the government.

Did being forced to make the film help or hinder the creative process?

I loved it. The directors of westerns – which only have about five moving parts – would often say that the restrictions were very liberating, and it’s true. When you’re faced with too much choice it’s paralysing, but it’s strangely freeing to have restrictions. And I had extreme restrictions: I had to take the footage I’d already shot and figure out a way for it to make one film. Luckily they were all written and directed by the same people with the same temperament, the same world view, the same sense of masculinity and gender politics.

No matter the genre of the lost film or the actors, the passive or active tenor of each one, each film seemed to be about the same things. Even though there was something like forty different protagonists they are also maybe playing the same man: gripped by the male gaze but a little vaginaphobic, trying to navigate through a fearsome world with bulging eyeballs.

I don’t know. I’m not going to analyse my own film, it’s just the way I felt while making it. In the writers’ room we gave free rein to our dreams, our fears, our autobiographical humiliations. So it was a simple matter of fitting thematic parts together so that the 17 fragments of lost movies, even if they are disparate, all seem to point in the same direction. What was appealing about resurrecting lost films? Is there something interesting about early cinema or were you attracted to the idea of a film being lost?

At first I told myself I was haunted, that the complete works of Murnau and Hitchcock and Lang weren’t available and I was haunted by the missing pieces. I’ve always been intrigued to try to figure out time’s great flow through the twentieth century by the changing context of pop culture, film especially. However, I discovered that what really excited me was that there was a mother lode of fascinating narrative free for the taking. No-one else wanted it. No-one else was interested. I could have it, so I took it. I think it was greed mostly.

As a matter of fact when some lost films have been discovered I’ve actually felt disappointed, even angered in one case. In Paris I was going to shoot Hello Pop!, a lost Technicolor Three Stooges movie. I was really excited about shooting an all-female version with Elina Löwensohn as Moe and the film was discovered a couple of days before we shot. I was ghoulishly disappointed, so you could hardly say I’m haunted by the loss of cinema if I’m pissed off when some of it gets found. I came to recognise that it was some sort of mania, like a dream in which you find a pound note on the ground and then discover another and another and the next thing you know you’ve got all this free money. I felt like I was fiending for narrative, and I had this all to myself. I didn’t want anyone else to have it. As I watched The Forbidden Room I felt like it could go on indefinitely – I don’t mean that as a criticism – rather it’s the result of its structure, the way it goes deeper and deeper within itself. How did you construct the film and how did you find your way back out again?

The structure is one of the things I love about the film but it’s also a problem. It’s got three acts and there’s a story within a story within a story: you go six stories deep in the first act, work your way down to the very centre and then back out again, then in act two you work your way down through nine narratives and back out again, and then in the third penetrating thrust you work your way down through another nine and pull out and climax. I may have gone too far this time. The trouble is I’m still introducing whole new stories with fifteen minutes to go! It gives the viewer no conventional indication of ending any time soon. I hope in the future people feel free to dip in and watch for a while here and there.

Had I known from the beginning that it was going to be a feature film that probably would have affected the writing so that we could have given an indication. But you’re right, it could have gone on forever. We shot so much footage that I could have easily made another five or six feature films.

The Forbidden Room is in a fixed state but Seances will create bespoke randomised short films that destroy themselves after viewing. Why create art deliberately to be lost? Cinema isn’t an ephemeral medium – do you like the idea of making it so?

I think there’s a growing, possibly falsely confident sense that everything will last forever now and everything will be kept. I wanted to reintroduce a sense of loss into cinema, and if someone watches one of these things and the programme in the randomness of matters produces something really enjoyable, it would create a sense of pleasure as that person watches the film slip off into oblivion. It might be giving something to the internet that it’s been missing. The missing has been missing! We’ll see. It’s just a big experiment. I feel for the first time in my life that I am experimenting. There are so many variables in this thing. No mathematician would take it on. I like the fact that there are so many ball bearings rolling around on the floor that no-one knows what they’re going to get. 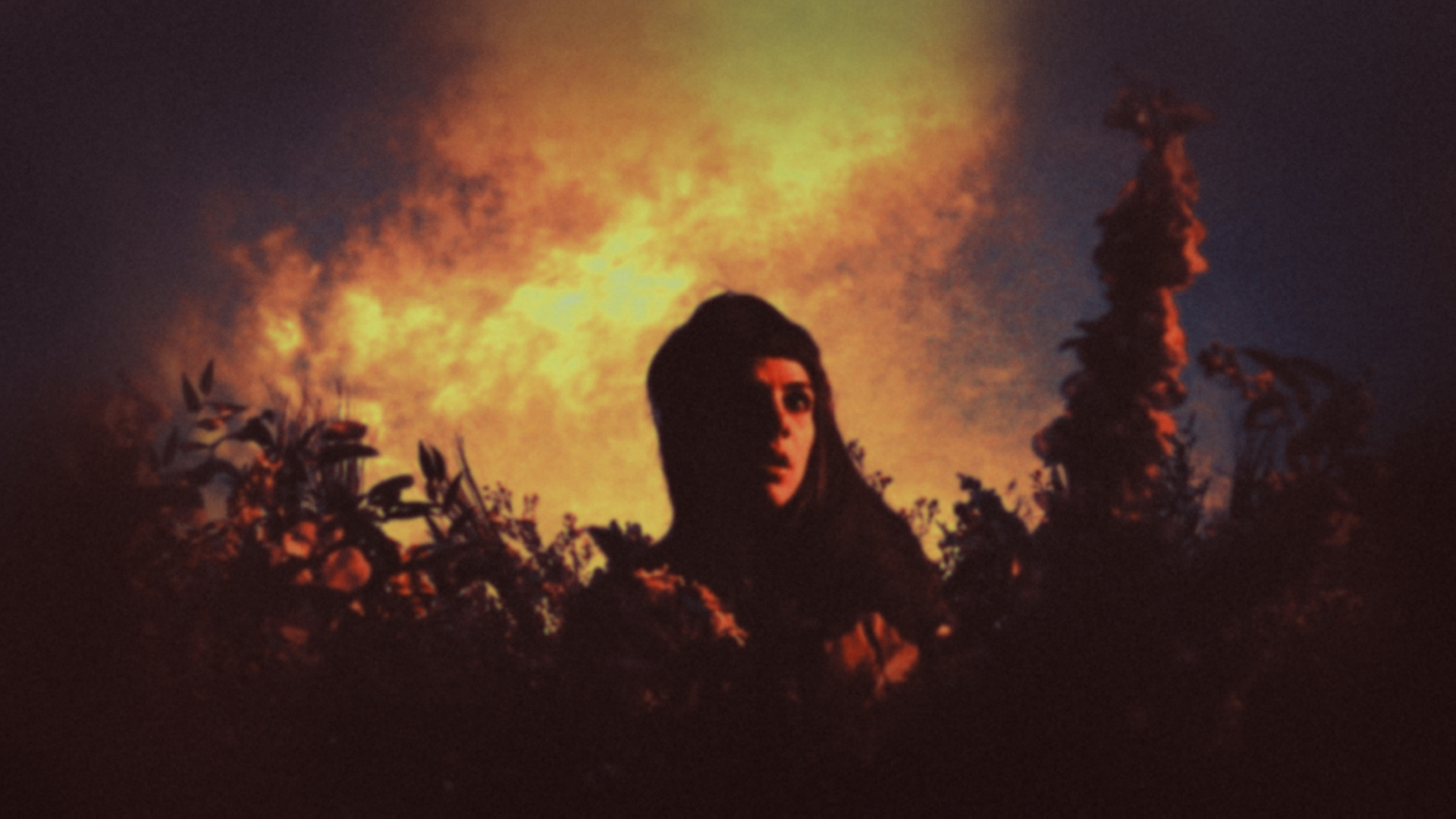 Does that feeling of experimentation come because of the interaction of two different mediums?

Yes, because it’s both. The project has one foot planted firmly in the analogue realm, in a big roiling puddle of film emulsion – I picture that foot in a rubber boot – and then the other foot is in the digital realm. It’s the 21stcentury and Internetty but it’s also ghosts, it’s ectoplasmic goo, and it’s definitely made out of emulsion. I just like something that’s exactly both.

You mentioned autobiographical elements arising when writing. If you’re recreating lost films and then randomly altering them, do they still remain personal?

I’m the medium through which these things come. Evan Johnson too, the co-writer and co-director. We’re the medium so it comes out in our voices and inevitably autobiographical details get stuck on the ectoplasmic flypaper. They come out in the scripts and in the direction and even in the gestures of the actors, although I didn’t really direct the actors – I just put them in a trance and slapped them on the ass and let ’em go for a day. I was acting as a spirit photographer.