Ever since his 1992 debut The Living End, director Gregg Araki has been responsible for some of the most transgressive, bold and just plain silly films to have come from the indie world. In 2004 he reached an unprecedented level of critical acclaim for Mysterious Skin, a mature, devastating adaptation of Scott Heim’s novel about a gay hustler dealing with the memories of his childhood sexual abuse. Araki follow-up was “the Citizen Kane of stoner movies” Smiley Face, underrated and unreleased in the UK, and is now back with Kaboom.

Candy-coloured and lurid, Kaboom is about impossibly good-looking college students who find themselves in embroiled in a convoluted conspiracy that just about distracts them from their revolving door sex lives. It’s like Araki wrote the film whilst snorting a bin liner full of sugar as Twin Peaks played on loop in the background. Maybe it’s awful, but somehow that’s okay. It’s bloody ridiculous but is about as fun as Mysterious Skin was soul-destroying. 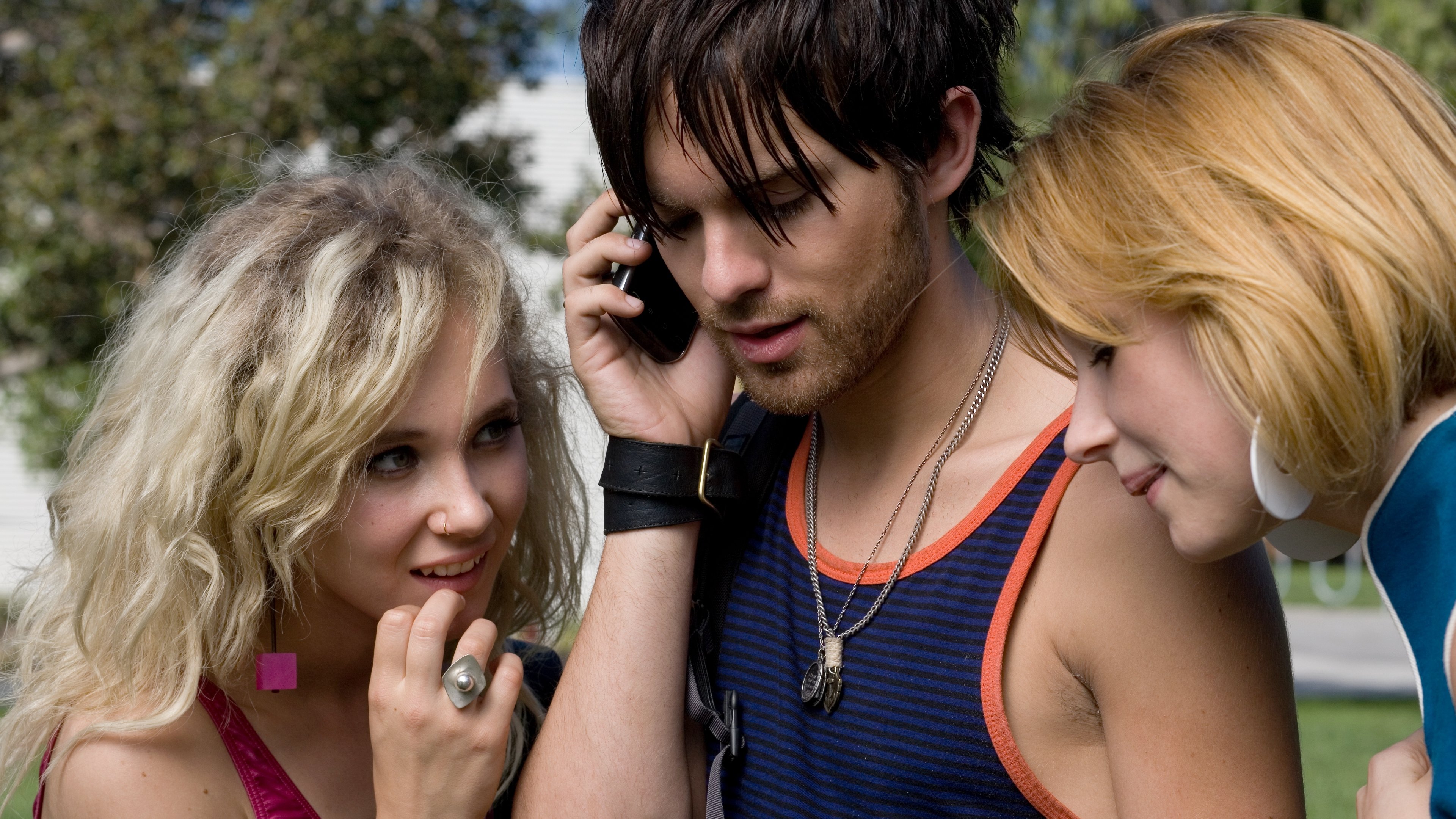 You wrote Kaboom after making two films that came from other people’s source material. Would you say it’s a personal film to you?

Kaboom is so near and dear to my heart. Of all my movies it’s probably the most autobiographical one I’ve ever done, which sounds weird because it’s such a crazy movie, but it’s very much based on my own experience, stuff I did when I was 20 years old and an undergraduate in Film School. I went to USC Santa Barbara which the college in the film is based on and my best friend was an art student like Stella. That’s why there are so many scenes in coffee shops because during that period of my life there were always big adventures and afterwards you’d go to the coffee shop and talk about what just happened and how you felt about it.

Was it a conscious choice to make something that was more your own?

It’s not like I feel like Mysterious Skin or Smiley Face are any less mine than Kaboom, because when you’re working from other people’s material you’re dealing with what attracts you to that material. For Mysterious Skin my mindset and sensibility is so aligned to Scott Haim. We have a similar sense of the world and so it was a natural fit for me. I brought to that film everything I could bring to it from my own experience but ultimately everything about the story and those characters was his. It’s like an adopted child. I love Smiley Face and Mysterious Skin and I’m so proud of both of them, but there’s a difference between something that comes purely from your imagination and something that doesn’t. There’s more responsibility I think. The events of Kaboom are very dark, but it never feels that way – it’s like a confection. I don’t mean that in a bad way.

No, I think that’s very appropriate. It’s interesting because I originally envisioned Kaboom as being this very dark apocalyptic epic but there’s a playfulness and a sort of joyfulness about it. Despite its darkness there’s a sense of fun. The world of Kaboom is so stylised and comic-book that you feel anything can happen. That was what we set out to make – the thing I dislike about 99.9% of movies is that I always know where they’re going to go before they get there.

It must have been freeing once you’d decided that the film wouldn’t be entirely grounded by what could happen in the real world.

I remember when we were shooting it the cast and the crew and everybody would be just like “Oh, we’re going to Kaboomworld now”. It was like its own little world and that’s certainly meant to be the experience of watching it. It takes you to another place that’s more stylised and colourful and everybody’s beautiful and everybody’s having sex. It’s a utopian, dystopian world.