The prolific French filmmaker François Ozon has tackled a multitude of genres over the course of his 20-year career. With Frantz, he travels to the past for an alluring  and enigmatic post-First World War mystery. A version of the story has been both a play and a film. How did you come to it?

A friend of mine told me about this play L’homme que j’ai tué by Maurice Rostand, the son of Edmond Rostand, who wrote Cyrano de Bergerac. I loved the pitch, the idea of this young French soldier who goes to Germany to put some roses on the grave of a German soldier. It was very strong. However, after beginning to adapt the play I realised that Ernst Lubitsch had already done an adaptation (1932’s Broken Lullaby). I was very disappointed and depressed, because how can I shoot a story after Lubitsch? I then watched the film, really enjoyed it, but saw that his adaptation was also from the point of view of the Frenchman, and my idea was to tell it from the perspective of the war’s loser, the German girl Anna. I felt that the film would be like an answer to Lubitsch. He was Austrian and made a film about the French character, and as a Frenchman I would make a film about the German character.

What does think the shift in perspective bring to the film?

There’s a suspense because of it. In the play and the Lubitsch film you know from the start what happened, with a scene where a character goes and tells a secret to a priest. I knew it would be more interesting from Anna’s point of view, so the audience, like her, wouldn’t know exactly what is coming next. For me, it’s Hitchcock’s thoughts about cinema. I want to play with the audience. They have some expectations, some desire, and you play with that. I like when the audience can project some ideas on my images and sometimes it’s not exactly the right story, but the interactions between the audience and the story is compelling.

The idea of shifting identities runs through much of your work, but what’s striking about it in this film is that you encompass national identity too: there’s the suggestion that both the French and Germans have gone through the same thing and there isn’t truly a winner. Was that a part of the appeal for you?

It wasn’t the first idea I had, but I wanted to develop it in the film because I had the feeling that there were a lot of resonances with today, with nationalism and the return to borders, with Brexit. I didn’t know Brexit would happen but the film is about that too. I had the feeling all this context was useful for us today, to take some lessons from the past because we know what happened after the story, that they were heading for a second world war. I wanted to build the story like a mirror construction between the two countries, the two languages, so there are lots of scenes that happen in both France and German. It was a way to show that the people suffering are they same from each side of the border. 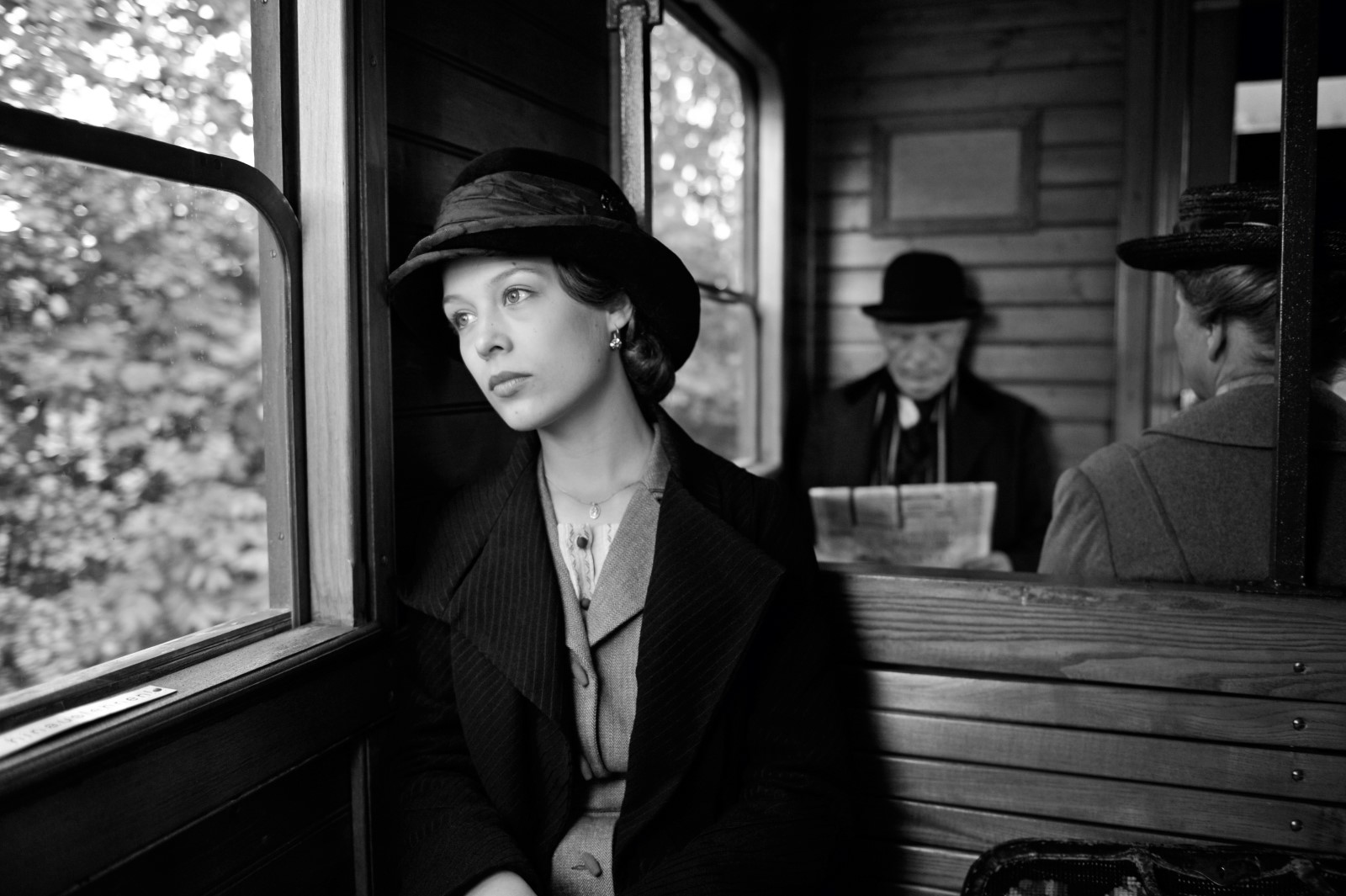 Were you directly thinking about the current rise of European nationalism, or did it just arise naturally from the historical context?

It comes from the story. For me, my first desire was to make a film about lies and secrets and to show that sometimes in very difficult periods they can help you to survive, to accept the difficulty of life and to mourn situations. I don’t have a moral position about lies but it was interesting for me to show that beyond the lie there is a desire for fiction, like our desire for movies. It was a way to speak about cinema. We need art and fiction to survive. I wasn’t particularly interested in the time period but working on it, doing some research, I became fascinated. I was curious to learn what happened in Germany, especially after the first war with the humiliation of defeat, the fact that they lost the war and there was a desire for revenge. It’s the roots of the Nazis so it was very interesting for me as a French person to learn about the other side, especially in comparison with the Lubitsch movie which was made in the 30s. If you see his film there’s a happy ending, which is ironic for us today because Lubitsch doesn’t know that another war is around the corner, so he believes in the French-German relationship. Ultimately France and Germany couldn’t come together properly until after the war.

The film is mostly shot in black and white. What were trying to evoke?

I was supposed to shoot in colour, but two weeks before the shooting I decided to put everything in black and white. I had the feeling that I could be more realistic with the period, because all our memories, all the documents we’ve got of this period are in black and white, and we have the feeling in our unconscious that during the war colour didn’t exist. I wanted to be very realistic about this small German town: it’s still a period of mourning, as so many people died during the war.

You do however use colour at certain points in the film; even the opening shot is simultaneously in black and white and in colour, as if suggesting that life is slowly returning to the world. What were your intentions behind that?

I didn’t want to make something rational. It was a problem for my producers, who were afraid of the idea. I wanted to have more emotional feeling about colour. Sometimes I use it for a flashback, sometimes it’s for reality in the present, sometimes it’s in happy moments, but often it’s in strong moments, where people are living. It’s like life suddenly starts again, and blood irrigates the veins of the characters. 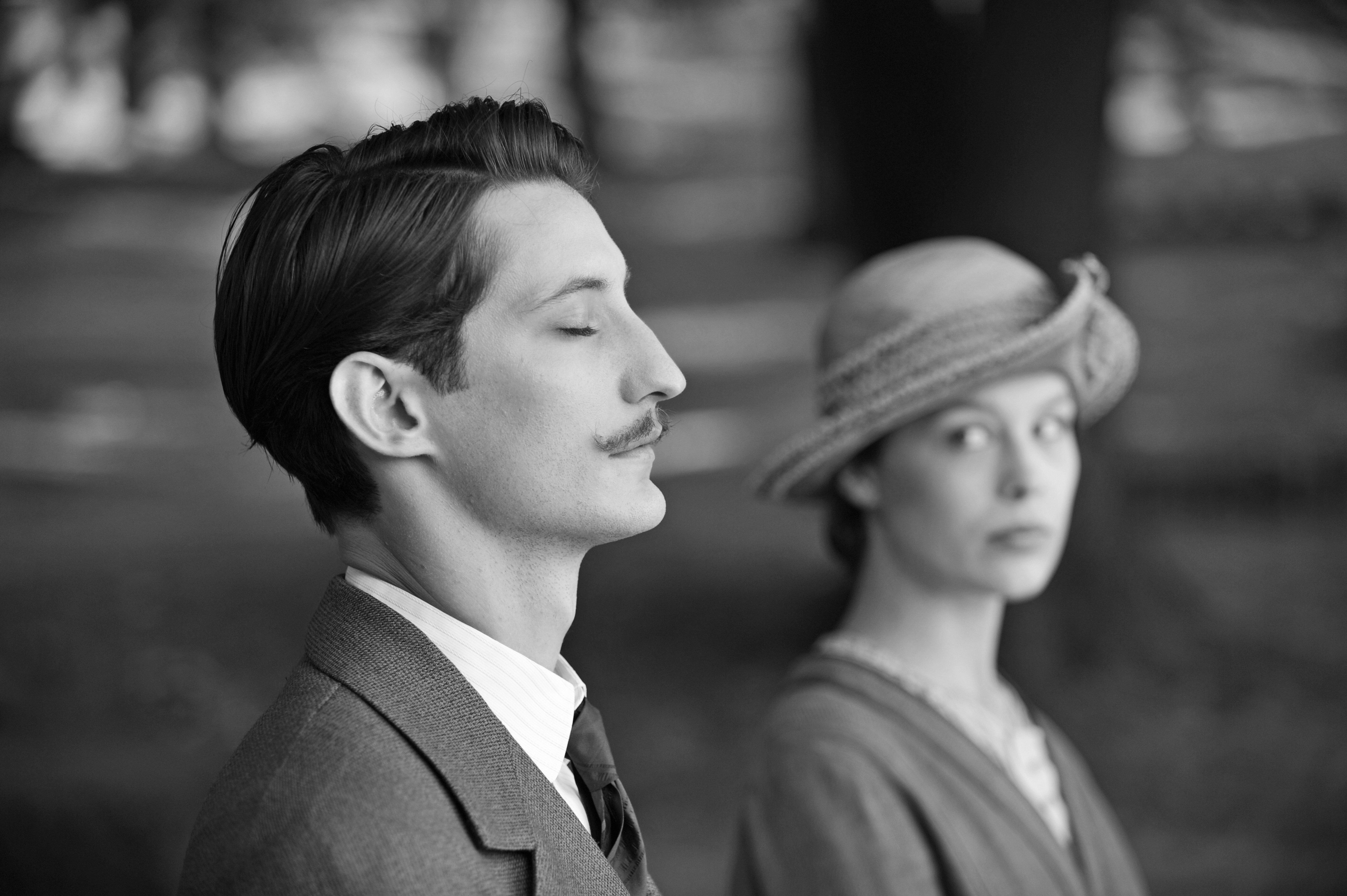