At a stretch, Drinking Buddies contains about ten minutes of plot. Co-workers at a Chicago craft brewery, Kate (Olivia Wilde) and Luke (Jake Johnson) enjoy their jobs whilst trying to ignore their mutual attraction – a relatively successful strategy until their partners (Ron Livingston and Anna Kendrick) are introduced to each other and a parallel romantic predicament emerges. If writer/director Joe Swanberg’s sole objective in making the film was to convey what happens to the characters, the entirety of the story could be covered easily in a couple of scenes. There’s a lot of drinking, everything gets a bit messy, the situation is resolved, and that’s about it. Broadly uninterested in plot, Swanberg instead devotes his attention to creating a sustained mood, akin to a late languorous summer. Aided by the alcohol the characters drink in virtually every scene of the film, the director captures the feeling of slight inebriation: that warm, hopeful sensation in the pit of your stomach as your judgement starts to cloud. It’s not that Drinking Buddies lacks momentum – although it does – but rather that its storytelling is deliberately unhurried, content to simply spend time in the company of the characters.

Largely improvised, the film luxuriates in the different phases of Kate and Luke’s evolving attraction, shots lingering just a touch longer than you might expect. By giving the characters room to breathe, Swanberg is able to document the tiny shifts in emotion that would otherwise be lost in the headlong rush of narrative. As one of the key proponents of the Mumblecore film-making movement, Swanberg’s low-key, improvisational method will be familiar to anyone acquainted with his prolific output. Where Drinking Buddies outpaces his previous films, however, is the impact of increased production value. Whilst retaining the naturalistic dialogue of Swanberg’s earlier low-budget efforts, the film benefits greatly from the presence of its accomplished, starry central foursome (with Wilde as a particularly terrific stand-out), as well as the skilful work of Beasts of the Southern Wild cinematographer Ben Richardson. Rather than detract from Swanberg’s attempts at authenticity, the input of talented professionals brings out the subtlety that his previous work has sometimes lacked.

Like a pet taking on the personality of its owner, Drinking Buddies reflects the characteristics of its two laidback protagonists, who approach life with relaxed good humour. Whilst Kate and Luke are not exactly unambitious, they’re starting to settle down, happy with their current station. Even the issue at the heart of the film – the complications caused by their burgeoning attraction to one another – is tempered by both characters being comfortable in lives that they enjoy. 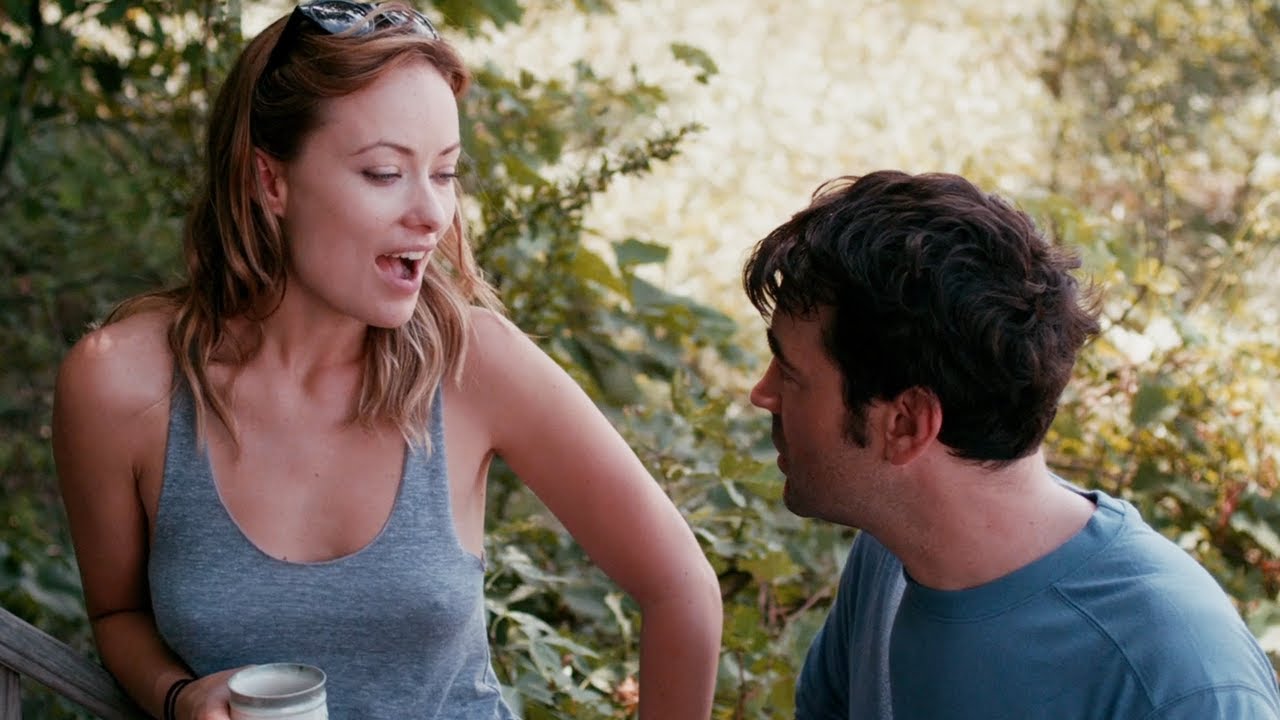 Having just left their twenties behind, their nascent maturity equips them with the awareness that what they’re going through isn’t the end of the world. For a film where the climax involves moving furniture and arguments about dinner plans, this sense of perspective is crucial. They’ve been here before, and might be here again. Swanberg depicts emotionally difficult events, but also their aftermath. Painful, certainly, but ultimately bearable: even when you’re heartbroken you still need to go to your job in the morning, answer phone calls, and make conversation with co-workers.

Swanberg also perceptively suggests that the flipside of emotional maturity can be timidity: it’s Kate and Luke’s general contentment that’s responsible for their hesitancy to act upon their feelings in the way they might have if they were younger. Friendships are murky things that can often resemble love. What happens when you stop being able to tell the difference? Is the pair’s smouldering desire an expression of deeper feelings, or just the incidental result of a friendship between two attractive people who like to get drunk together? Would the consummation of those longings be worth the possibility of spoiling everything else? It’s from this shared internal conflict that the film derives much of its dramatic tension, but Swanberg also uses it as a way to ask meaningful questions about love, friendship and attraction, as well as the opaque, shifting boundaries that separate them.