It Follows unsettles from its first second on screen. As a young woman desperately scrambles to escape from some unseen threat, the film’s soundtrack buzzes and thrums in a manner that is disorientating, unbearable and thrilling in equal measure. “It’s an assault,” writer-director David Robert Mitchell says of his rumbling score. “I wanted to attack the audience.”

As with its arresting opening, It Follows is defined by the control Mitchell exerts over every scene – the filmmaker mentions that he spent months on the storyboards alone. The result is one of the most atmospheric and impressive horror movies of recent years, sanctuary from the genre’s regular glut of sequels and uninspired knock-offs. Its premise is elegantly simple. After having sex on a date, Jay (Maika Monroe) learns that she has what might be best described as a supernatural STD: a shape-shifting figure in constant pursuit, which will kill her unless she has sex with someone new to pass the infection along. Her problems don’t end there, though: the chain must be continued, so if the next person dies before having sex then the scourge will revert back to her.

Teeming with subtext and possible allegorical readings, It Follows plays out like the worst sort of bad dream, as Mitchell reshapes adolescent sexual anxiety into deathly manifestations of friends, family and hideous strangers. Below, the director explains how he brought his film to eerie life. 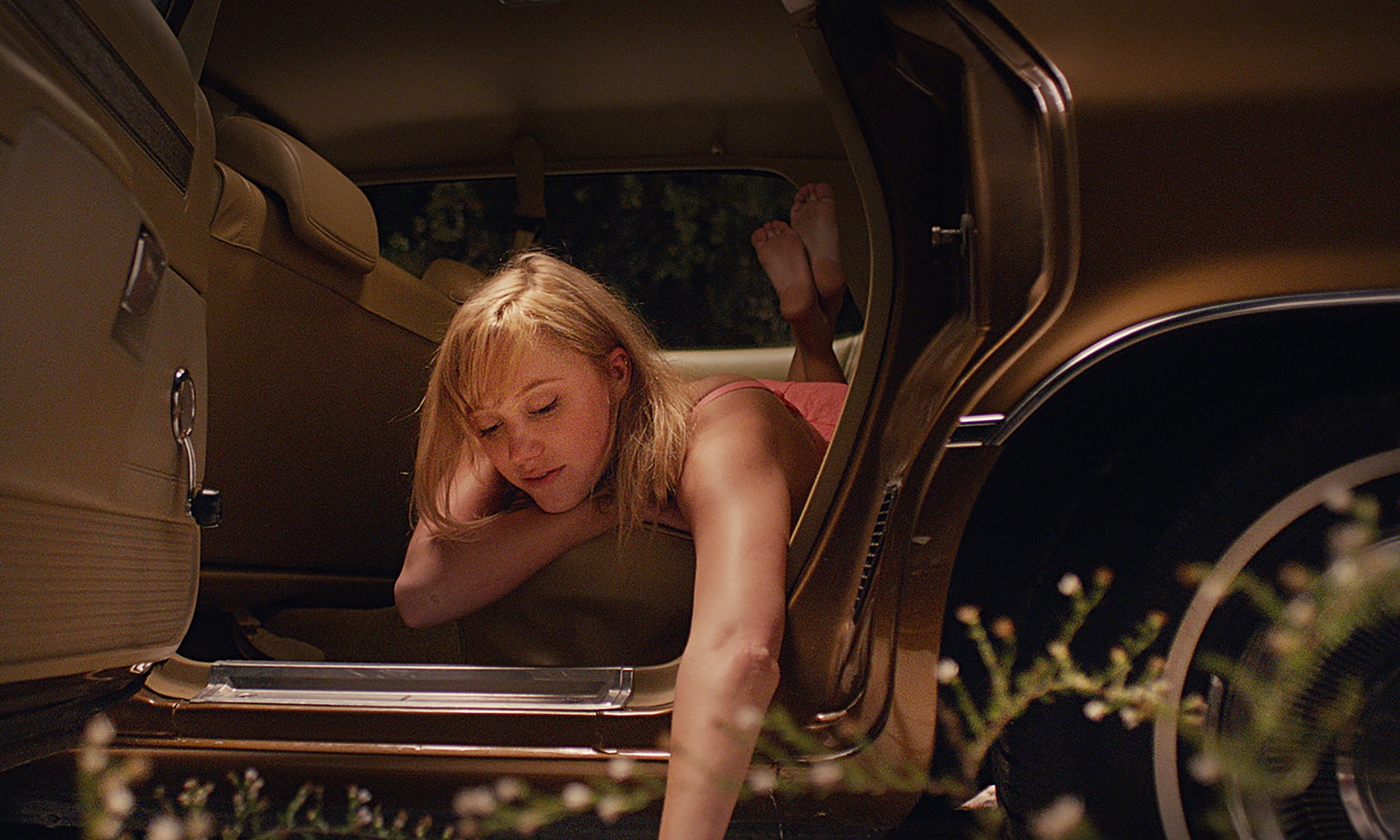 LEAVE THE STORY OPEN TO INTERPRETATION

“There are a lot of mysteries around the movie’s edges. It wasn’t done in a manipulative sense but rather that not over-explaining things felt right to me. At the writing stage I would have a handful of interpretations for why something was a certain way, but I didn’t want to pin it down even for myself. After the script was written and we were going through production I had different interpretations at times even then. I like that there’s not a single specific answer for the film, or if there is that’s up to any particular viewer. I have my own thoughts and I don’t want to be overly specific about what those are because that’s no fun.”

“The kids are attractive but they’re not supermodels, and they’re the right age for what their characters are experiencing. It needed to feel real to elevate your connection to them. You see them in danger and you worry: you understand that as young people they just can’t do much about their situation.”

FOCUS ON THE END RESULT

“Directing a film that is supposed to scare someone or inspire anxiety is different from directing other things. It’s very difficult because it’s impossible to constantly feel dread. There are times where you’re filming something and no-one feels anything negative in that particular moment. I’d have to constantly remind myself to try to understand what scenes were meant to feel like in context. Horror has two layers, really: there are the events on camera and then the feeling within the audience based on how they’re connecting to those events. So perhaps a shot of a glass of water might just be a shot of a glass of water, but in the context of the film it has a cumulative power. Maybe it means something significant, and so it becomes a terrible and sinister glass of water.”

GET RID OF ALL ADULTS

“It Follows is kind of like a Peanuts cartoon in that there’s a nearly complete absence of adults. I did something similar with my first film, which was a very sweet drama, but that was to make a magical, pretty space for the teenage characters. In this film it was about isolating them to create a feeling of loneliness and separation, and to intensify the jeopardy they faced. It also eliminated the need to have to have any of those very dull scenes that always appear in horror movies where endangered kids go to their parents and aren’t believed.”

ONLY PUT YOUR MAIN CHARACTER IN DANGER

“We set ourselves a challenge which is that the threat is essentially limited to one person. I liked the idea of someone being completely isolated and in danger no matter where they are. They could be in a crowd, they could be with their friends or their family, and it doesn’t change for them. They’re still alone. I also liked the idea that this character could break free from that because of the closeness of the group around her. Jay creates this strange little gang of friends, and that’s the kind of thing that only exists in that way when you’re young. For teenagers their friends almost become their family, and you can see that by the group being there for her even though she’s the only one in peril. They experience it with her even though they’re not really experiencing it.”

USE PROPS TO MAKE THE FILM TIMELESS

“Some of the production design elements are from other eras, some are modern and then some don’t exist at all. Throughout the film Jay’s friend Yara (Olivia Luccardi) is reading The Idiot on a clamshell-like electronic device. I didn’t want to use a modern cellphone because it would date the movie. That would connect people to a very specific moment in time, so if they saw a certain model of iPhone they’d go, ‘Oh, that was 2014.’ It makes it too real, too specific. Instead, I chose a 1960s shell make-up compact and turned into some kind of strange smartphone or e-reader. The shell exists to place us outside of our reality and outside of time. It makes it harder for you to think: ‘I know what this is.’ You feel like maybe you’re in a dream.”