David Gyasi fell in love with acting during his first school play. “I was a landlord in Gypsy. This dude had maybe three lines, but I was so nervous. I came on stage and knocked on the door and yelled ‘Madam Rose! Madam Rose, will you open this door? Madam Rose!’ I walked out the door and this farce was going on, and I was chasing her around, and everyone just fell about laughing.” As he talks about the experience, banging on the table in front of him and affecting a perfect American accent, David’s eyes light up. “I thought, ‘Ooh, I like this. It feels nice, making people feel happy. Wouldn’t it be amazing to do that for forty years?’”

For the first eight years, David forged a steady career as an actor, popping up in everything from Holby City to Welsh-language soap Pobyl y Cwm. This was good until it wasn’t: British television provides solid employment for actors with bit-parts as doctors, patients, policemen and criminals, but moving past that stage is difficult. David hit a wall: “I felt like things were becoming stagnant. It’s not inspiring to come in and say a couple of lines. It felt like I’d done that consistently for about five years, and in any career you want to keep challenging yourself. The roles had just stopped doing that for me. I started to think, well, if this is it, then I want to get off the boat.” 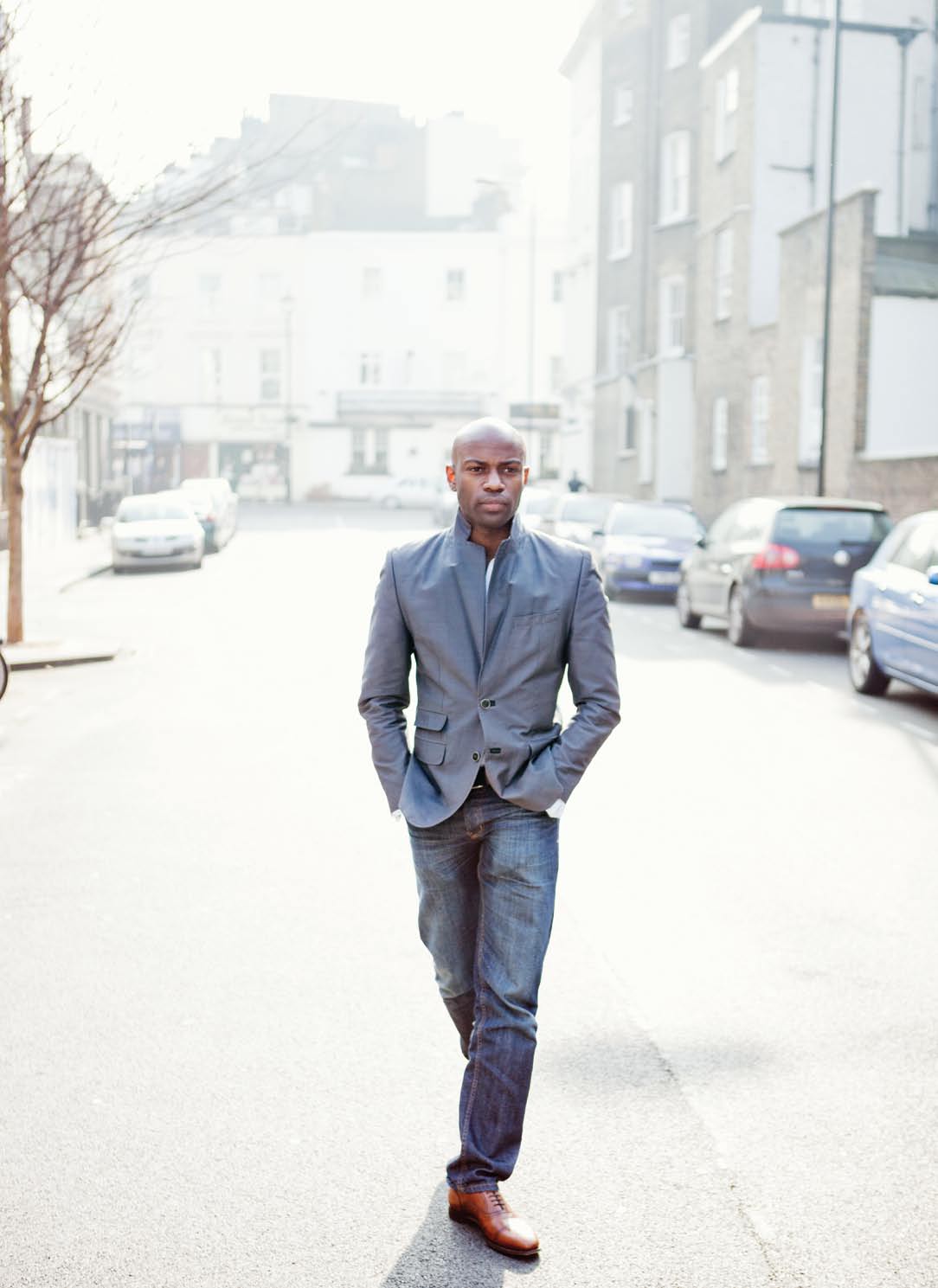 Ready to walk away from acting entirely, David decided to give his career one last push, moving in with his in-laws, changing agents and heading to America. After years of trying, the challenging roles that he’d been seeking started to finally come, one after another. It’s heartening to see a genuinely talented performer receive the touch of fortuity that all actors need if they’re to make it big: this year alone he’ll be appearing in The Dark Knight Rises, Cloud Atlas and Doctor Who.

David’s biggest challenge to date has been as one of the leads in the sprawling BBC drama White Heat. He plays the role of Victor, an immigrant law student who quietly suffers racial abuse in 1960s London. Gyasi initially had doubts about even accepting the part. “Victor’s observant, but he’s very quiet,” he explains. “When I read that, I interpreted it as a weakness, and I thought, ‘I have nothing to say about this guy who is suffering this racism. I can’t get inspired about someone who doesn’t even speak up nor have a response.’ He’s an educated man, he’s intelligent. It really frustrated me, and I didn’t want to play him.” His attitude changed after discussing the role with his father, “He smiled, and said that you have to realise that this guy has an endgame; Victor is displaying dignity and focus, and in that there’s strength, because he’s aware that he’s heading to being a lawyer and a QC—that’s where he’s going. And if he gets involved in these little altercations, it’s an environment where he’d be the one to be arrested by the police, because of the racism ingrained in society. My dad said: you were away from home and you had to remember that.”

He remembers one scene that highlighted the tightrope walk of restrained emotion that the role demanded. Victor is leaving his chambers in a smart pinstriped suit, when the police decide to search him for no reason. Gyasi says, “In the script, he has to put his hands up against the wall while they search him. So afterwards he takes out his handkerchief, wipes his hands and puts it back in his wallet. I was so incensed by what had happened that I took out the handkerchief, threw it on the pavement and walked away. The director came up to me and said, ‘That’s good, we’ve got that, but try one with a bit more dignity.’ So we did another take, and there was something quite powerful about wiping my hands and folding that handkerchief and putting it back in my pocket, and walking on. They had no hold on him.”

For the upcoming film Cloud Atlas, the key to David’s character came directly from his research: in the role of Autua, a Moriori slave in 1850, he worked with dialect coaches to create an entirely new accent. “Because the Morioris became extinct in the early twentieth century, there’s no record of the way they spoke. The Maoris were the closest link, but they were integral in making the Morioris extinct, so in order to honour the Moriori tribe we couldn’t just use the Maori accent. But listening to old Maori accents, they sounded slightly African, so we built a bit of that into it, and then a bit of the modern day New Zealand accent into it as well.” He relished the challenge: “I love it! Love it. Anything I can get involved with to do with my character I just love.”

When talking about acting David Gyasi is at his most animated and articulate. For him, the act of performing is infused with frank enjoyment, and acute engagement. He describes how, during the filming of The Dark Knight Rises, he was never even given the pages for the scenes he was in. “Christopher Nolan just told me my lines, and then I had to do them. He’d say: ‘Okay, he’s going to come out and you’re going to say this, this and this. Action!’ And there are two hundred people waiting for me to do it. It was very scary, but it was freeing, because all of the work that you do in building a character, you’re given a license to ignore it, and just give your instinctive, initial reaction. Your interpretation—the part of your soul that you’re baring for everyone to see—that’s taken away, and what’s left is a pure performance. It’s weird. It’s as if I don’t know the film yet.”