David Gordon Green has made so many left turns as a film-maker that he’s found himself back where he started. After drawing repeated comparisons to Terrence Malick for his stunning debut George Washington and becoming a reliable source of underseen but critically admired dramas, David surprised many by directing the stoner action comedy Pineapple Express. A sizeable sleeper hit, the film heralded the unlikely second phase of his career. However, just as big, broad comedies like Your Highness seemed to define his work, the film-maker shifted direction again and moved into deliberately unassuming character studies. The latest of these is Manglehorn, a lovely, low-key story about a brooding locksmith with little time for anyone except his sickly pet cat. As the eponymous near-hermit Al Pacino gives his best performance in too many years, matching the understated charm that the film exudes. Ahead of its upcoming release, we spoke to David about his exploratory creative process. 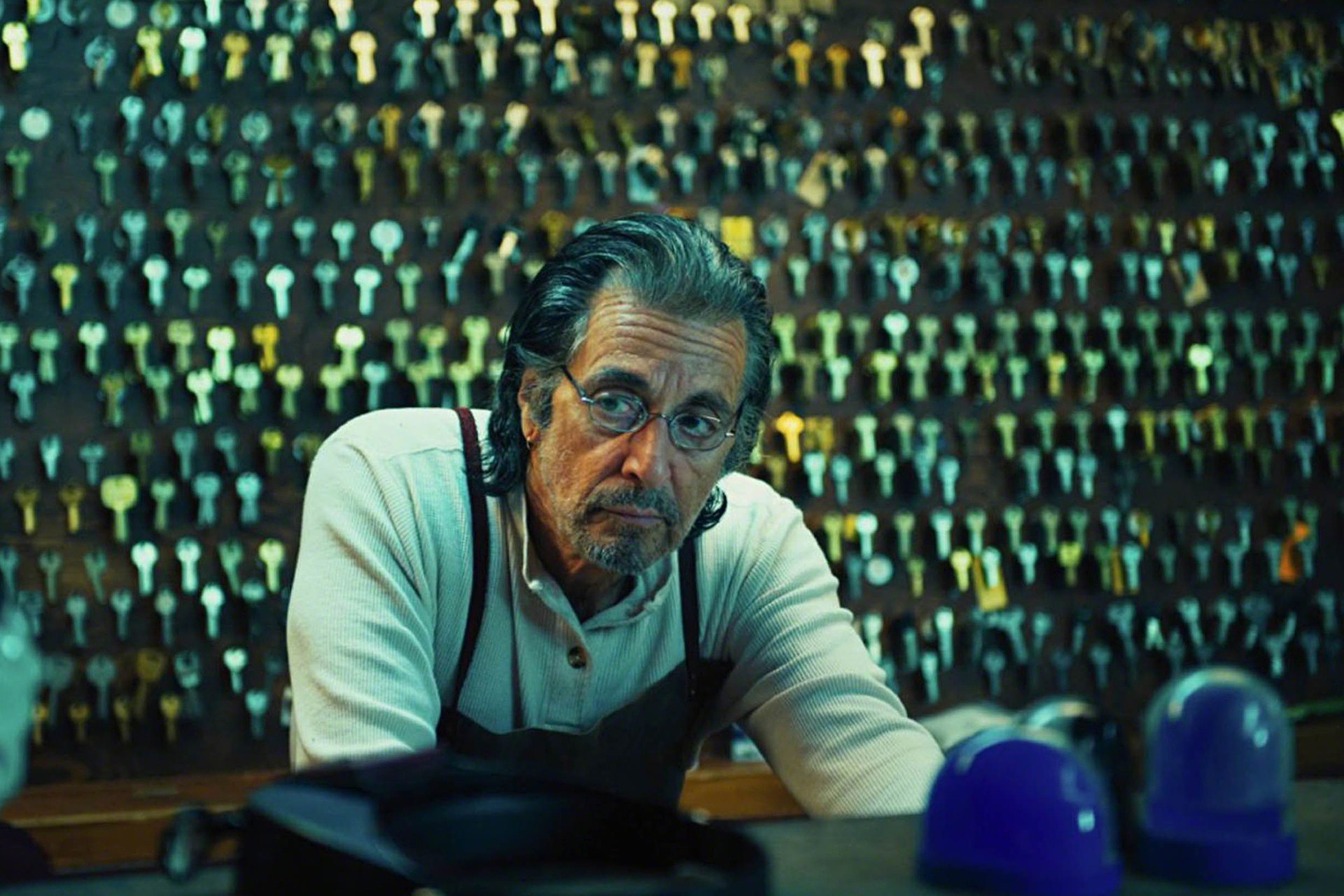 You conceived of Manglehorn after meeting Al Pacino about another project. What quality did you want him to bring out of him with this film?

Al does a lot of larger than life characters and Manglehorn is smaller than life. I was really looking to do an intimate, very vulnerable character study, inspired by the meeting I’d had with him where he was laughing and soft spoken and had this wonderful modest quality. It was something that I hadn’t seen in a movie of his in a long time. I was thinking about his old films like The Panic in Needle Park and Scarecrow, early Pacino work that I’ve always admired. As a big fan I wanted to find a good reason to get in the ring with him. I thought one way might be generating a great character for him first.

I found it quite telling that both Manglehorn and your previous film Joe are named after their protagonists. What’s the value of focusing on just one character?

A couple of years ago I’d just had kids and wanted to live in a place and make movies in that place, so I moved to Austin, Texas and started thinking less conceptually about big budget explosive content and more intimately about the area I was walking around in. The locksmith shop in the film is just two blocks from my house. I could walk to the set every day. When you have kids you have this epic mindset – the universe around you explodes, in a way – and I wanted to focus on something that was less extraordinary and look at it through a microscope. Do you think you’ll ever have the urge to make films again on a larger scale?

Actually just last week I finished a movie that’s like that. There’s a bus chase on a cliff and big name actors and set pieces and everything. It’s fun to have money and toys, and there are a lot of Hollywood things that appeal to me, but it’s nice to strip all the conversation away too. On the movie I just completed there were hundreds of people I needed to refer to in order to discuss visual effects and action sequences and safety and set design and construction. For a film like Manglehorn it’s just three or four people walking around looking at the light and moving some set dressing from one side of the room to the other. There’s something really calm and peacefully collaborative about that. It’s more meditative. I think I have the type of mentality that needs to bounce back and forth between things.

How did that calmer approach apply to your working relationship with Al Pacino?

For many months before we shot I would fly to California and sit in his back yard and eat strawberries and talk about the character. We’d invite friends over and just read the script aloud, start to hear it and evolve it. There were some characters in early drafts that we decided not to incorporate. We wanted it to be organic, so we shot mostly in order and I didn’t want to know how it ended necessarily. There was a screenplay, a roadmap for what we were doing financially and logistically but the film became very different because we found detours.

How did you come up with the name Manglehorn? It’s evocative of folk stories.

That was part of the goal, to make something that felt like a fairytale. In an early conversation we said that we wanted to make a children’s film. We got a little too melancholy for that, but still there’s no profanity or violence or drug use. We tried to refrain from anything objectionable as a subconscious reference to the idea of a magical craftsman. I’ve always seen the locksmith profession in that light, like woodcarvers or the toymaker Geppetto or other things that might exist in a fairytale. Were you interested in the symbolic idea of a man who can unlock any door but can’t open up parts of himself?

Once you take anybody and start looking at what they do you invoke a world of metaphors. This was a situation where we weren’t resistant to that. None of it was conscious but we started smiling our way through when we realised the fable that was unfolding had that little nod to symbolism. It was a very casual production process. It wasn’t one of those calculated, storyboarded, pre-conceived type of movies. It was really just getting a creative, collaborative group of artists together and convincing Al Pacino to show up and then everybody felt their way through filming. That’s a fun way for me to work, to carve time to do some unique weird shit during the day.

Have you always been that way, or did you have to establish your own voice to be confident enough to explore and experiment?

I think any film-maker evolves in their enthusiasm and their process. For me it’s always changing and I wake up every morning with different interests. Sometimes that means to do a big movie or a little movie or a television show or  a TV commercial. I try not to think about the end result too much but I follow things that appeal to me, narratives that appeal to me, people that appeal to me. I just go with my intuition and instinct and sometimes everybody’s happy and other times it takes me to strange and questionable places.