After the austere brilliance of Beyond the Hills, leading Romanian director Cristian Mungiu returns to Bucharest with a tale of compromised morality. Unlike his Palme d’Or-winning 4 Months, 3 Weeks & 2 Days, Graduation unfolds in the present, but the attitudes of the past linger and threaten to upturn the lives of a decent doctor and his family. 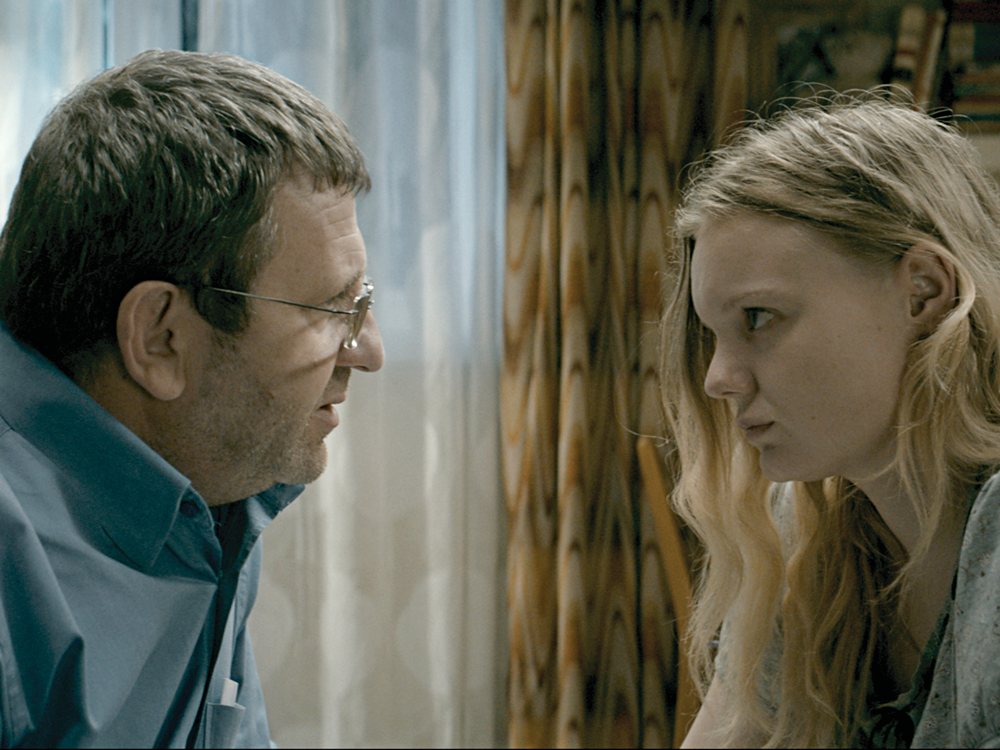 What was the origin of the film for you?

It started with the fact that I’m a father and spend a lot of time thinking about my children and what’s best to tell them. I really wanted to make a film about corruption but more about compromise, and not only about Romania: I don’t see this film as being so local as people imagine. Compromise isn’t localised. It’s a way of behaving, a way of being in life. I hope the film speaks about human nature, about parenting, about the necessity of getting out the truth of your life. The intention is that you can watch the story of these people but think about your own experience.

Romeo’s choice to do unethical things on behalf of his daughter is understandable, but obviously if everyone does that then the system doesn’t work. Is there a solution?

You make a film, you tell a story about something that you think is important, but I’m not sure that I know the way out. This was going on for so long that it became a habit of people. The only way out is to step outside of the circle and imagine that there’s a chance if you don’t give your children the same education that you had, but you have to start by acknowledging things about yourself. Maybe you’re not such a nice person as you want people to believe you are. We’re always optimistic about the future based on the younger generation, saying that they will save us, they will be different, but how will they be different if they’re the result of our education? It needs a very conscious effort to stop this.

Do you think it’s a specific struggle or is it always the case between an older and a younger generation? Romeo is quite exhausted, he’s come out of a communist world, while Eliza has a different perspective.

I’m not sure that it’s too related to communism. There’s always this difference in views, especially about ethical things in society, from the older to the younger generation. The only thing which is connected to communism is the habit of using compromise as a surviving tool. Thirty years ago, fifty years ago, in all those countries it wasn’t about having ethical principles, it was about surviving, so you would do whatever it takes. It was important to find whatever solution solved the problem. Things have evolved. If you’re displeased with the society that you see around you then you should start by doing something yourself. I hope Romeo isn’t cynical. I think he’s tired, and he got to this moment in his life where he’s disappointed. You become disappointed because you start with high hopes when you’re young and eventually you reach this moment where things are so different from what you imagined and you still have to live on. The film is a portrait of that difficult moment.

Romeo wants Eliza to leave Romania for Britain, even though he stayed and became a successful doctor. Do you think if he had left he would feel differently?

I often talk to people of my generation who left in the 1990s; people who emigrated still believe that if they stayed maybe their life would be more meaningful, while those who stayed imagined they would have been happier if they’d left. It’s human nature. Romeo doesn’t want Eliza to emigrate, he wants his child to be happy. We all want this. He imagines that it’s easier somewhere else, not necessarily because it is easier, but because he doesn’t have all the details, so places all his hopes on a place he doesn’t know very well. It’s a romantic view of western society that’s the result of fantasising for a very long period during the communist era, when people were not only imagining that the world here is wealthier, but that there was a lot more correctness.

Particularly with your early films, your work has been described as part of a Romanian New Wave. With some distance now, can you look back and see thematic and aesthetic similarities with other Romanian films made at the same time?

Even this film is considered part of a movement, but it’s not based on a statement of any kind, it’s just a way of finding a name for what’s happened with Romanian films in the last fifteen years. There are some similarities, but mostly about the way of doing things, the principle of avoiding big subjects and getting inspiration from reality rather than from cinema, and creating stories which take place over a short period. If you go a little deeper you see that there are many differences between these directors. I think it’s good that they’re not respecting a formal or aesthetic manifesto, it’s just that they feel they belong to this group of people that started working more or less at the same age at the same time. It’s a new generation of Romanian directors who didn’t make films before the revolution. We probably made this kind of cinema as a reaction to what was happening before: all of a sudden there was this group which emerged.