Crispian Mills has been alright for a while. “I’ve been alright for a while,” he says, “I’m not fighting against myself.” Polite and thoughtful, if a little wary, he concedes that this wasn’t always the case. “I was pretty delinquent at fifteen, sixteen, and I spun out on a whole tangent. I was in love with music and that’s what drove me mad.”

We’re here to talk about Crispian’s directorial and script-writing debut, A Fantastic Fear of Everything. A funny, peculiar, very British film, it stars and is co-produced by Simon Pegg. The film tells the story of a paranoid children’s book author who is convinced that death lurks behind every corner. At nearly forty, this is Mills’ second high profile career.

After his teenage years had passed in an intoxicated fug, Crispian gathered some friends together and formed a band in 1993. It’s not an unusual story, but the difference from all of the other music-obsessed youths doing the same thing is that the band was called Kula Shaker and within three years of forming they’d become one of the biggest groups in the country, with their debut album K selling over a million copies and echoing the success of bands like Oasis and Blur. Crispian was 23 at the time and famous almost overnight.

“I didn’t enjoy being successful. I appreciated that I was lucky and that it was rare and all of that, but personally I didn’t enjoy it because I had a very idealistic relationship with music and being in a band. I wanted a band of brothers, an extended family.” In the face of sudden popularity, Crispian became instantly nostalgic. “The happiest times we had were during the struggle. We struggled together for about three years, which felt like thirty at that age. When we became successful it happened quite quickly—within a year of being signed—and the pressure interfered with the relationships, with the joy we had of just being in a band.”

Crispian describes the situation as if success had taken something away from them, turning what was a private joy into a business. Perhaps unsurprisingly for someone who feels that their first record,“ was really a little film,” he particularly resents the music videos the band were pushed into making at top speed. “We made possibly the worst videos of any band at that time. They were the heart of the series of disappointments of being in a band. You want to have great videos and they’re terrible, and you suddenly feel like you’re losing a grip on your passion. It’s being presented by other people now, not by you.”

Suddenly the band were making money for people, and their record label had a vested interest in their future. Crispian explains, “As you fight to take control, you fight to break out of a certain straitjacket that you’ve allowed yourself to be put in unwittingly, or a straitjacket that you’ve woken up and found yourself in. Trying to wriggle out of that is very difficult, and you can end up self-destructing in the process. Which is what I did.” 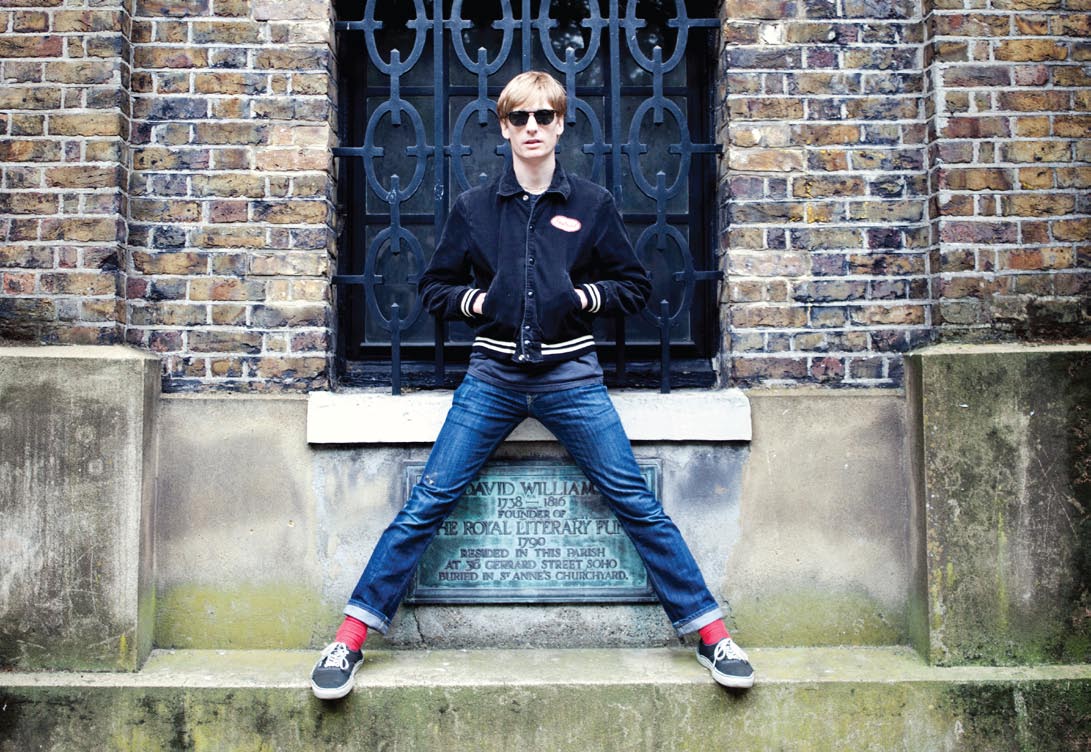 Kula Shaker’s self-destruction came in the form of a front page exposé in the Independent on Sunday about comments that Crispian had made about wanting to have swastikas on stage. Mills later clarified that he’d been referring to them in the context of his long-standing love of Indian mysticism, of which they are an ancient symbol, and that he was totally opposed to Nazism. However, the damage was done. The spiralling result was that the band’s next album barely made the top ten. Crispian carried on producing music for a few years, but the moment had passed.

In a way, he feels that Kula Shaker’s demise happened at just the right time: “Somebody said to me once that becoming a man is really difficult, hard work. You don’t just suddenly grow hair on your chest and that’s it. It’s a long struggle. It was important to hear that because I was finding it really difficult. I was about to be thirty and it was like my own little secret that I still felt like a kid.”

He now has what seems like a wryly-amused detachment from his past, as if it all happened to someone else. Crispian is reflective about the dramatic rise and fall of Kula Shaker: “That’s the music business. You get young people, pump them up, chuck them out into the Colosseum and see what happens. It’s an invaluable life experience, if you survive it.”

As Crispian’s music career wound down and his options narrowed, he rediscovered a love of cinema: “It upset me when I realised I wanted to make films. I was conscious that there was a huge apprenticeship that I’d missed out on when I was doing music.” He spent the following decade writing scripts that were almost made or that never got close. It was a morale-sapping process, in which scripts would be quietly canned without the writers even being told.

Crispian says, “In hindsight it was a pretty good experience to get battered like that. What was comforting in the last year or so was realising that there’s an amazing amount of experience, knowledge and skill that you can apply from music into film, and that’s actually quite invaluable: tempo and pace and editing.”

Simon Pegg has a theory about Crispian’s first career. He posits that Crispian’s time in Kula Shaker was “a rebellion against what would inevitably be his calling”. Crispian doesn’t shoot the idea down: “I think it was an unconscious rebellion. Maybe I would have been more open to being honest about how much I loved films if I hadn’t associated it with the family.”

It’s understandable that Crispian’s family once cast a shadow over his youthful ambitions. The son of actress Hayley Mills and director Roy Boulting, as well as the grandson of John Mills and Mary Hayley Bell, filmmaking has been the family business for so long that it’s not surprising that Crispian would want to establish himself in his own right. “When you’re fifteen or sixteen you want to find out who you are, separate to them, don’t you? That’s the important thing. But as you get older you realise there’s so much more. You’re partly a product of that heritage. So you join up the dots.”

Crispian has now come full circle: in the middle of shooting A Fantastic Fear of Everything, his mother visited him, and pointed out the soundstage they were using was the same one on which she’d met his father whilst making a film called The Family Way at the age of twenty. He seems to be at peace with the idea. “It’s all part of the same experience of being young and wanting to be your own person. You find your rebellion. You’re fighting against the man, and that can be your family, or it can be your record company