Agonisingly stitched together from the hundreds of teen movies that were made in a verdant period from 1995 to 2004, Beyond Clueless documents the topography of a lost world: a faded cinematic landscape of high school proms, illicit house parties, friendship cliques, fevered emotions, late-night swimming pool sex scenes and Ryan Phillippe.

Created by debut film-maker Charlie Lyne – a young journalist best known for creating the movie blog Ultra Culture – the documentary is an act of sustained film criticism as well a sensorial experience and heady blast of nostalgia, scored by the blissful indie-pop duo Summer Camp. We caught up with Charlie in the middle of a nationwide screening tour to talk about bringing the movies of his youth back to the screen. How many films did you watch while researching and how many made it into the film?

In the end I looked at about 300 films and somewhere between 200 and 300 made it in. Early on I had ideas of cramming in every little thing but for various reasons a few couldn’t make the cut. We had no clue it was going to balloon so much. When I set out I drew up a list of about 100 films from memory, but then I’d spend five minutes on Freddie Prinze Jr.’s Wikipedia page and discover 25 more that I had to watch, or I’d go to a party and get talking to someone and come home with an Amazon shopping basket’s worth of stuff. Even now doing Q&As people bring films up – a guy last night asked why The Butterfly Effect wasn’t included and I couldn’t give a decent answer about how it slipped through the net. One of the good things about the genre at that time is that it was defined by hundreds of mid-level films rather than a small number of massive hits.

In that case did you feel you had to be rigorous with your criteria?

There were instances where we slightly broke our own rules, purely because there were some moments in those films that were perfect. We tried to be as broad as possible. I wasn’t worried about the strict ages of the characters – they didn’t have to be set in a high school or anything like that. We were just trying to make sure every film dealt in some way with adolescence, with characters who feel like they’re half way between childhood and adulthood.

Do you think that the teen movies from this period are distinct from the ones that came in the 80s or the YA-derived films that came later?

Obviously there are preoccupations which are perennial. I’m sure 50 years from now you’ll find exactly the same sorts of themes and ideas popping up, but I do think that the movies that we looked at, from the mid-90s to mid-00s, are a lot less monolithic than the ones from the previous generation. Despite certain tropes appearing again and again the sheer number of cinematic modes that film-makers were using makes it a much more fertile world to explore. There were just as many horror films as comedies and dramas. 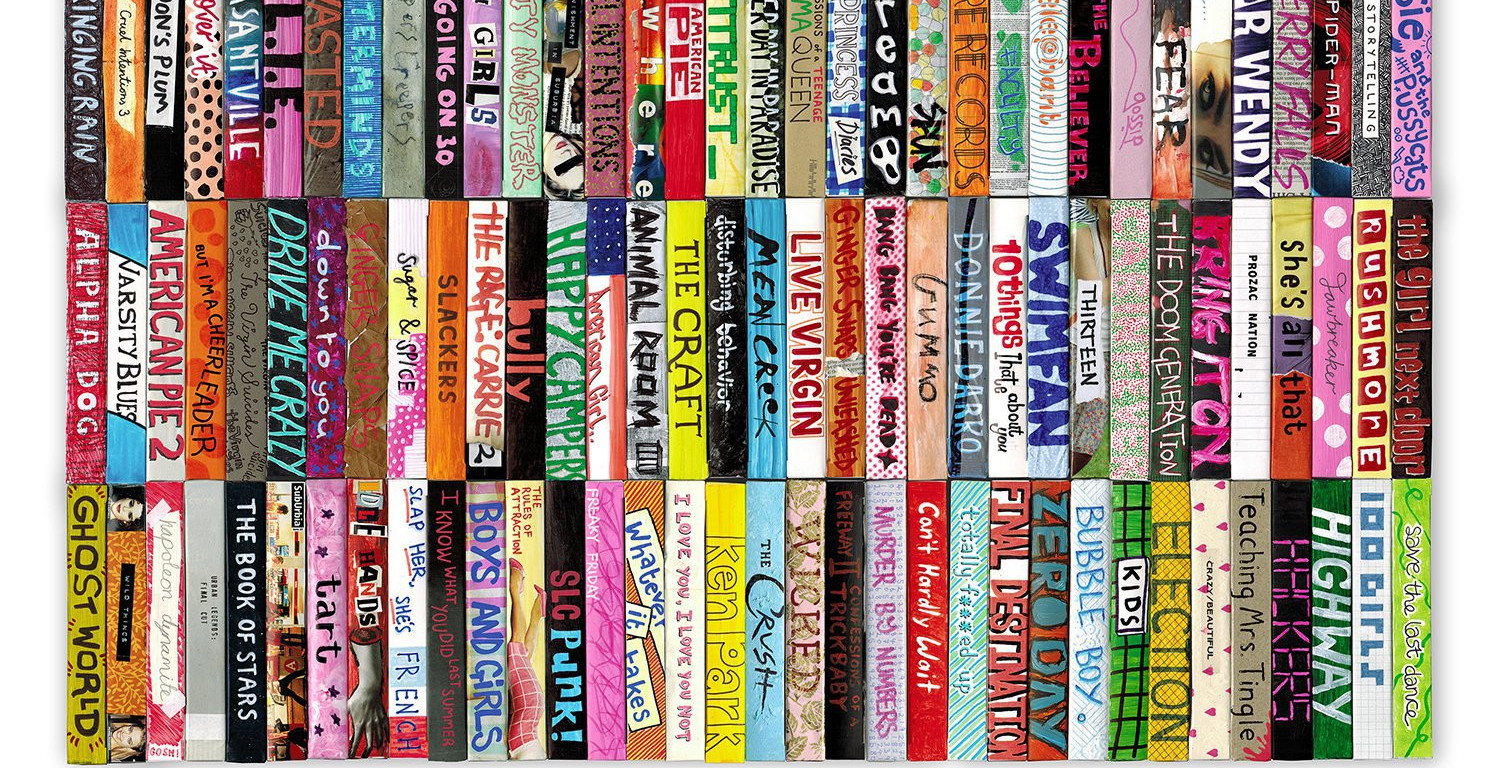 Why did they die out?

Teen movies tend to come in waves so after nearly a decade of intense production I guess it was inevitable that it would reach saturation point. I also think Hollywood had become reliant on teenage characters. They wound up in the very centre of the mainstream and therefore teen movies were extraneous once every movie was a teen movie. It did end very suddenly. You look at 2004 which I would pinpoint as the dying days of that wave, and yet half the films we look at closely in Beyond Clueless seem to have come from that year. It feels appropriate that it ended with a bang. Also it’s like the span of an actual teenager. If you were just becoming a teenager when Clueless came out you’d be at the tail end of your adolescence when Mean Girls was released. Your bond with those movies would very suddenly come to an end.

Throughout Beyond Clueless the same actors appear again and again. It’s notable how lots of them didn’t really go on to adult stardom. Why do you think that was?

It does seem to be a difficult transition. One of the problems is that if you’re a child star you can disappear and come back a few years later and redefine yourself, but if you become known for playing characters in their late adolescence it’s more of an amorphous switch when you start playing adults, even when you’ve actually been one for years. It’s a shame, especially because so many of those actors were very talented and never got a chance to show what they could do.

Beyond Clueless is both a criticism of these films and a celebration of them. Do you think they had an unfair critical reception at the time – that because they were aimed at teenagers they were dismissed?

I’m glad you say Beyond Clueless is a celebration and a critique because I think critical snobbishness meant that neither was done well enough at the time. People weren’t giving these movies the time of day but equally they weren’t critiquing them either. The default with a lot of teen movies is a critical assumption that they’re inherently frivolous. I think it’s a missed opportunity: they’re hitting an audience at the most impressionable age it’s possible to be, and yet we don’t really stop and think about what they’re telling that audience or how they’re doing it.

During your research was there anything you fondly remembered that was absolutely terrible?

I recall being especially horrified by The Girl Next Door, which was a movie I took on board very unthinkingly as a teenager. Watching it with fresh eyes after a decade was quite terrifying, not that my affection for it has completely diminished. I still can’t help but feel a real affinity for it despite its massive flaws and problematic central plot. But then for every one of those there was another film that I was delighted to find was even better than I gave it credit for. To revisit them was a constantly alternating participatory experience.

It must become difficult to separate what’s good from what’s bad.

Hours into the process I realised that I’d lost all concept of quality. They just became this massive blob of movies that coexisted and seemed to dance around each other, an entire movement in a state of constant flux, so any idea of which were the better or worse ones just went out the window.