It’s unsurprising that Before Midnight hasn’t been marketed on the basis of its mysteries. Anyone who has seen the first two entries in the series understands what to expect: like 1995’s Before Sunrise and 2004’s Before Sunset, the bulk of the film centres around a discursive conversation between Céline (Julie Delpy) and Jesse (Ethan Hawke) as they wander through a location in Europe – in this case, Messenia, Greece. Before Midnight is a little less mobile than its forebears, staging lengthy scenes in a car, at a dinner with friends and in a hotel room, but its emphasis on freeform debates about life and relationships will be familiar to anyone acquainted with the series. Most films are best viewed knowing almost nothing about them in advance, but this applies especially to Before Midnight. While plot has always taken a back seat to character in director Richard Linklater’s much-loved series, it’s important to remember that Before Sunset ended with one of cinema’s greatest cliff-hangers – a tantalisingly inviting statement from one of the protagonists that has remained unanswered for nearly a decade. Sadly, as even the most basic synopsis of the film would disclose the outcome of its predecessor’s final moments, it’s likely that most of the audience will be deprived of the unique rush of emotion that arrives minutes in when Jesse exits an airport and everything becomes clear.

Thankfully, even without that heady moment Before Midnight is still a marvellous film. The reality of a well-worn love between people in their forties – depicted here as something both wonderful and exhausting – is a subject that is rarely explored in cinema, but Before Midnight manages to do so in a tremendously moving fashion. While the conversational, naturalistic format of the films produces a level of detail and intimacy absent from most cinematic romances, what gives the series its power is the palpable history that has increased with each entry and has added depth to the ones that have gone before. In Before Sunset, Jesse and Céline’s struggle to accept the compromises and disappointments of adulthood resonated because the audience had seen the characters at their most youthful and impossibly optimistic. Similarly, Before Midnight finds the pair a decade later as they attempt to find continued meaning in a long-living love. Because the audience has seen how that love has defined their lives ever since they were two curious, joyful young people who randomly met on a train, their shared past provides enormous stakes. Jesse and Céline are as fictional as any other characters in any other film and yet their sporadic, recurring appearances have created an ongoing emotional investment in what happens to them. Most films have to fake the history between their characters: Before Midnight succeeds because the audience shares it too. With the benefit of its two lived-in, imperfect, beautifully-written-and-performed characters, Linklater and his co-writers Delpy and Hawke have contributed another terrific instalment in what has perhaps become one of the defining love stories of a generation. 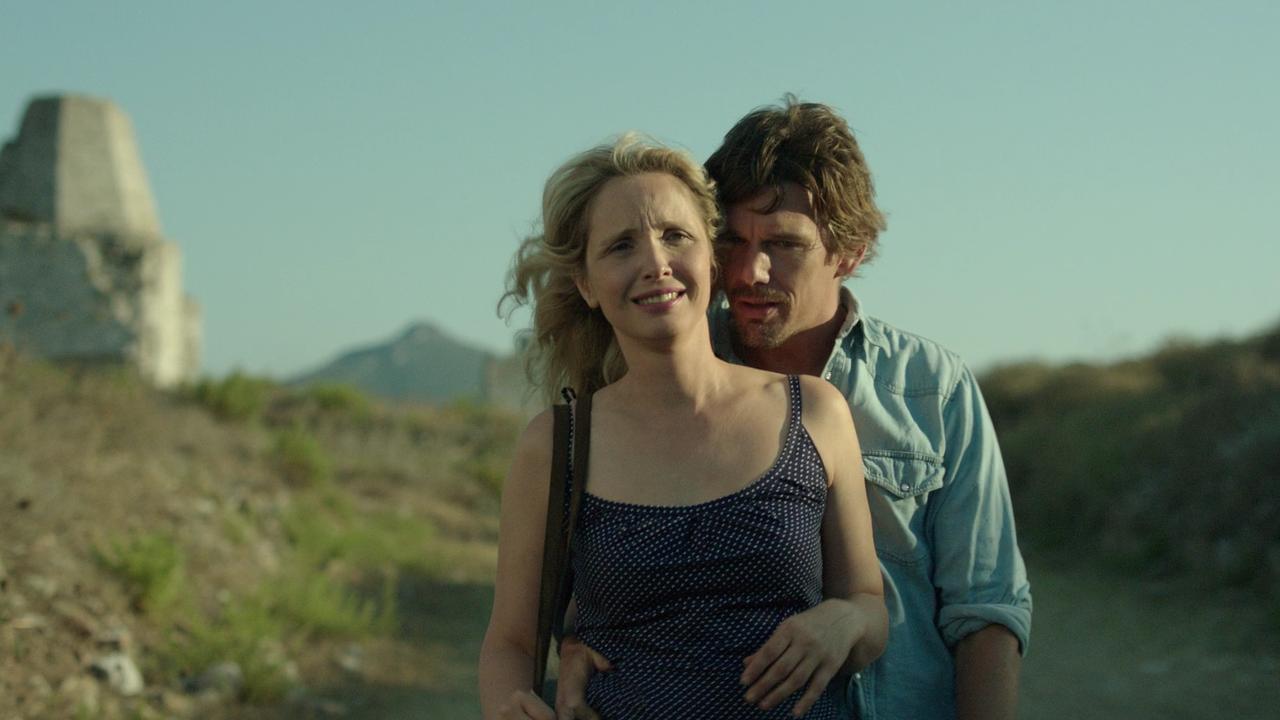