“It was wonderful. It was terrifying.” Bebe Cave’s description of filming Tale of Tales could be a blanket statement for her current state of mind. As a princess who rescues herself she gives the standout performance in Matteo Garrone’s dizzying fairy tale, an impressive feat considering that her co-stars include Salma Hayek, Toby Jones and Vincent Cassel. At only 18 years of age, when we meet she finds herself at the precise moment where a childhood of occasional acting roles has become a full-blown occupation, and her excitement is indistinguishable from panic. If she seems poised for a healthy career, it is merited: Bebe’s undoubted precociousness is ultimately winning because of her evident passion for her work. Even if she is afraid, she likes to dive in head first. You’ve been acting since you were 11. How did you get into it?

I’m the youngest of five, so all of us are competitive for the spotlight, and also I’ve got two older siblings who are actors. It was a very dramatic household! I never went to a particular drama school, I just did it alongside my studies. Now I’m out of school for the first time and life is scary because I don’t have a safety net anymore, but I’m fortunate to have known for such a long time what I want to do. A huge part of it is that it’s something hugely imaginative. I never had many friends. I had a lot of imaginary characters to interact with and I suppose I never quite let go.

Did you ever consider anything else?

I really loved school and was massive classics enthusiast. I was one of those people that’s a bit of a teacher’s pet because I was always more used to adults. I used to chat to the teachers. I was not popular as you can probably imagine. I wanted to do all these different things but it never even occurred to me that there would come a point where I’d need to decide. Last year was very stressful, choosing whether I wanted to go to university, but the decision I came to was that this is the thing I want to do more than anything else, and it’s so competitive that if you don’t give your heart to it you might be left behind. You can’t ever predict anything really, so it’s quite exciting that I don’t know what’s going to happen. As I tell my father: it’s the life I’ve chosen. University isn’t the only form of education. I can self-edify, that’s what I’m trying to convince him. He still thinks I should be a doctor.

You appeared in Great Expectations and have acted on television and the stage, but Tale of Tales is your first major film role. What was it like to work on something on a much larger scale?

The thing I loved about Tale of Tales was that it was just such a whirlwind. I had no idea what to expect and every day was a new challenge. It was a completely different way of working, because Italian cinema, or at least this is my experience of it, was that they’d take a very liberal, artistic approach to things: I wouldn’t be wearing the proper safety harness but I’d be on top of a castle.

Princess Violet goes through a very physical journey. Was it taxing?

Oh, I’ve got scars. Actual scars. There was no mucking about with prosthetic rocks. They were genuine boulders that I was being slammed into. That’s what made it so exciting and intense. The dirt was real dirt. Insects were crawling all over me. They wouldn’t let me wash my hair. That was the worst part. We filmed it in sequence so I gradually got more and more dirty and beaten-up and exhausted. By the time I’d got to the climax of the film, which has to be this strong emotional reaction to all of these things that have happened to her, it felt real. 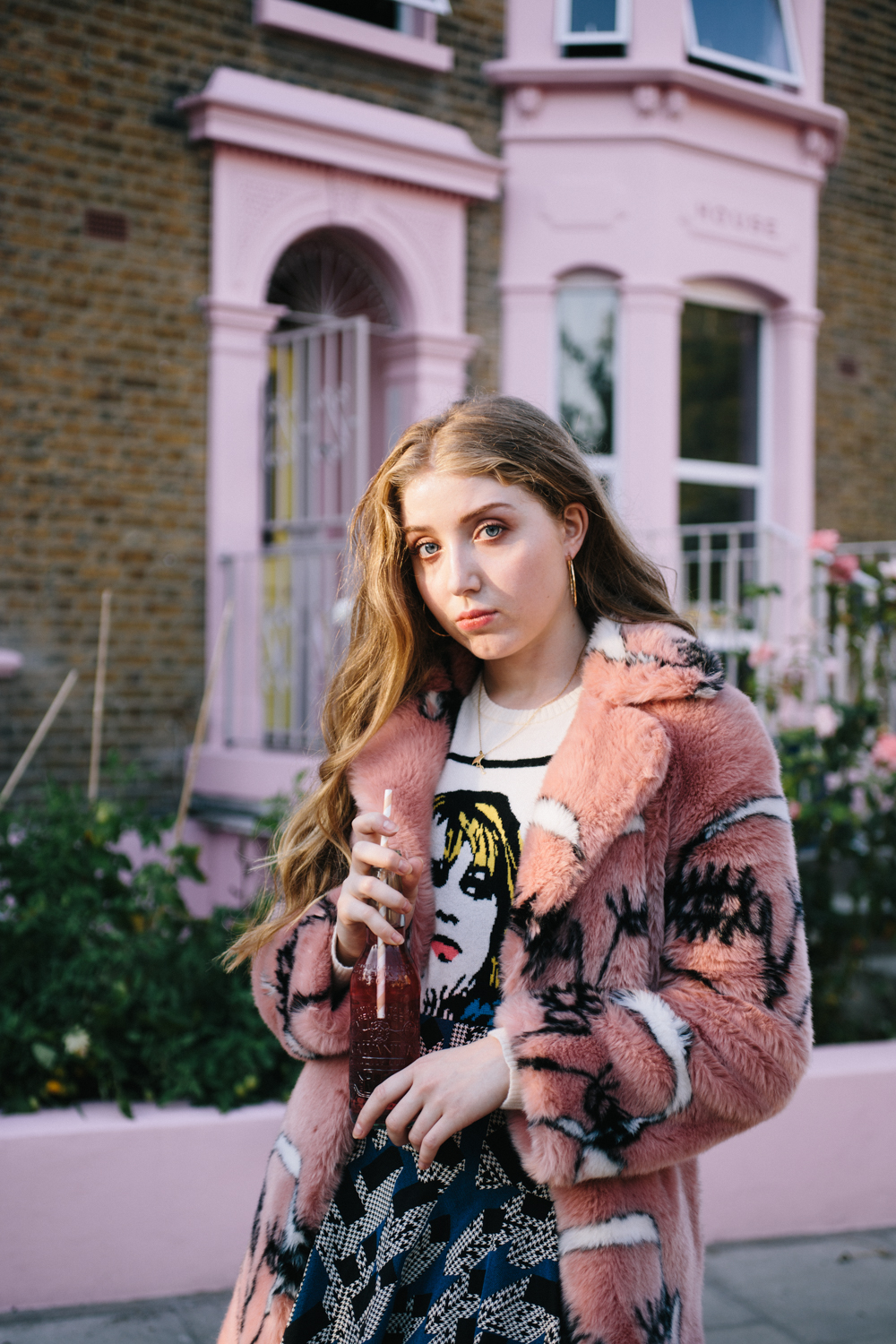 What did you enjoy most about the experience?

I’ve never worked in a foreign country before so that was another challenge to add onto it, but everyone was so friendly and it felt like a big family. Also because I loved Latin so much at school I understood some of the Italian – it’s very similar and has roots in Latin. It became an incentive for me to be able to try to learn the language because my plan is to go back there one day and marry an Italian! I think it’s going pretty well. I did a course a couple of months ago and I’m still working on it now. I’m not anywhere in the region of being confident because they speak so fast, but as long as I listen to them talk, I’ll be in a good place. I just need to smile and nod and it’ll be fine.

You must find that your Italian veers towards the fantastical.

Exactly. I can say flea, I can say prince, I can say ogre. All of the important things you need in life.

The film is based on early Italian fairy tales. As they’re broader and wilder than contemporary dramas, was it important to find the emotional truth in your scenes?

You don’t want to play up to the archetypes of the character: the princess who’s a damsel-in-distress. With such exquisite surroundings and costumes, it could be easy to fall into the trap of making the way that you act overly magnificent. What Matteo wanted was to get all of that out of the picture and create something earthier. Even though I was tackling an ogre and there were magical old ladies and amazing transformations and dragons, what he wanted to bring out was that these are human struggles. At first Violet is looking for a dashing prince to come along, but she learns that there doesn’t have to be someone else to define her as a person. She doesn’t need a husband that is handsome and brave, she just needs herself.