In 2006 the playwright Alecky Blythe was researching a new work set in a brothel when she heard news reports of an apparent serial killer murdering sex workers in Ipswich. One of the stage’s most notable practitioners of verbatim theatre – a technique in which plays are constructed from the exact words of interviewees, including every “um” and “ah” – Alecky headed to the area to speak to local people about the events. The material she collected didn’t make it into the play she’d been working on, but over the next few years she followed the story’s difficult aftermath, paying particular attention to the residents of the street where the killer had lived as they formed new bonds. Working in collaboration with the composer Adam Cork, Alecky turned her interviews into something genuinely new: a verbatim musical.

Inventive, funny, moving and unsettling, London Road received ecstatic notices upon its debut at the National Theatre in 2011. Four years later, the film version is an equally distinctive presence on screen. Ahead of its release in cinemas on 12th June, and the stage version’s NT Live premiere on 9th June, we sat down with Alecky to talk about verbatim theatre and the complicated process of adapting it for a new medium. London Road is perhaps the first verbatim play to be adapted for film. Why do you think there’s been a lag?

One of the main reasons is that verbatim is by its nature quite wordy because it’s interview-based. A written play might naturally have more action, which film requires as a medium. One of the challenges in making verbatim theatre is finding dynamism. I’m always looking for situations that are active so that you don’t just have actors sitting on chairs talking, which is why I try to collect my interviews not after an event but as it’s going on. London Road the show had a lot of movement compared to some verbatim, so it became a matter of pushing that even further visually. It’s a big step for producers to realise verbatim can work for film and be a better approach than a documentary, which would be cheaper.

Has your relationship to the work changed over time? As you return to the text, does your increasing distance from it change how you see those events?

I think it probably does. It’s easier to take some creative, imaginative leaps with the material because it didn’t just happen last week. Things become a bit fuzzy. I have notes but you don’t remember everything, and that allows you to be more free with moving it on in another direction. It’s a good thing as long as you know the truth of what happened and the story you’re trying to tell and you never deviate from that too much. If you take it too far out of context it breaks it. 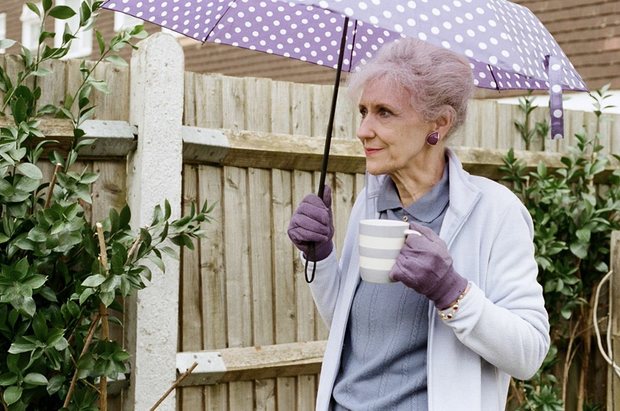 Do you feel a sense of obligation towards your interview subjects?

Yes, it’s a really big responsibility. I felt it even just in the very beginning telling them this was the first musical piece I’d worked on. It was difficult to explain because there wasn’t really a template. It’s not Mamma Mia!, it’s not an opera, it’s not atonal. By that point they knew me quite well and trusted that I would look after the work – I was taking it in an unusual direction but one that would help tell the story rather than get in the way of it. Later, the director Rufus Norris, Adam and I went to Ipswich before we made the film with pictures of the shooting locations, new cast members, all that kind of thing, to try to explain what we were doing. I thought it was important to do that to the people we were representing. I’m in touch with them a lot. If the work is active they need to be kept abreast of what’s happening. It’s their lives, which are ongoing and obviously the film will now have an impact on them. They’ve been brilliant, but I have sleepless nights about whether they’ll be happy.

What first drew you to the residents of London Road as your main interview subjects?

Although I know why journalism is sometimes mentioned – I work in quite a journalistic way – I just try to come to a subject that people think they already know and shed new light on it. When I discovered what the residents were doing after the murders, I felt this was something that hadn’t been talked about. We knew about the tragedies, which was a story that was clearly told in the media, but not the fallout. There were people who weren’t in the eye of the storm whose lives had been affected too. Obviously this was to a much lesser degree than the family members of the victims, but I saw there were wider repercussions in the community that seemed to resonate. I was compelled by this, and these people wanted to share their experiences with me. It seemed like a story that wasn’t being told. Your subjects in London Road are the sort of people who usually only pop up in vox pops on the news to give a bit of colour.

That’s right, exactly. They’re never the centre of the story. It wasn’t that I heard about the murders and thought, “Oh yes, I’m going to go and make a piece about the people who were affected by it.” It was very much an organic journey in terms of working out what the story was. I was paired with Adam in a musical theatre workshop run by the National Theatre Studio and I took this material that I’d collected from Ipswich, just as clay for us to work with, to experiment with the form. What we found was that the music seemed to help create this mood of fear that I remembered from Ipswich at the time. I thought the subject and form seemed to work together, and then not long after the workshop it was announced that the trial was going to be in Ipswich rather than at the Old Bailey, which brought the story back to life in the town. As the real life events happened I started to shape my piece around that.

Are certain sorts of stories are better for this approach than others? Your play about the 2011 Hackney riots, Little Revolution, also uses different voices to explore a community in crisis. Do you think that’s something that verbatim is particularly suited for?

I think it is. Verbatim is very good at collecting shared voices and depicting different opinions. If there’s an event, like a protest for example, it gives you a setting to go into. You can find the story from there. You could maybe say that all of my plays are about communities of sorts, even though I’m not conscious of it at the time. So there isn’t really a protagonist in London Road; the community is the protagonist.